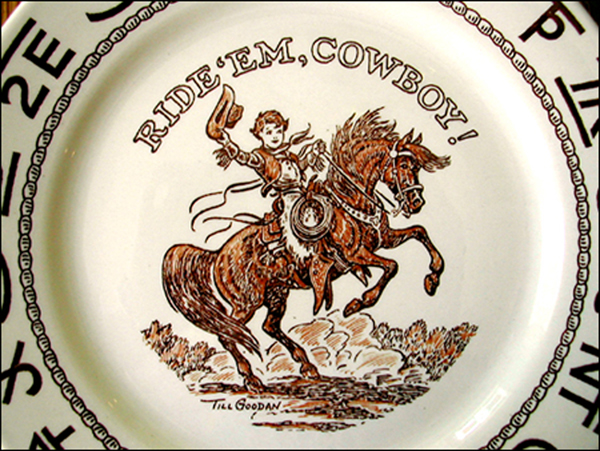 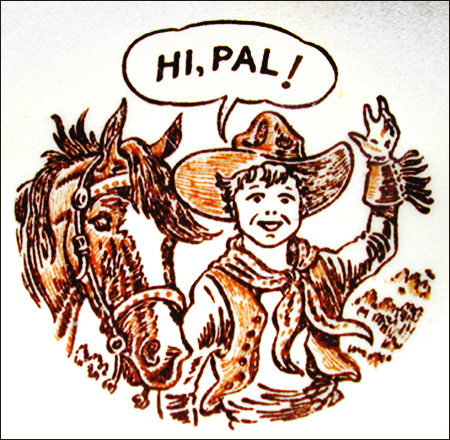 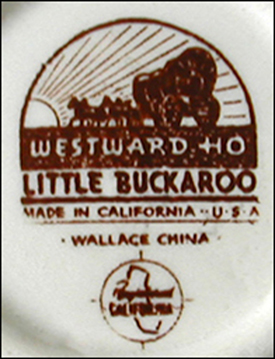 Notes: There are three pieces in the Western-themed children's set. This set is part of Wallace's Westward Ho series, designed by Till Goodan and originally produced for the Wentz Company between 1943 and 1964. Till Goodan began receiving recognition for his Western art in the 1930s after he spent his early years riding, roping and drawing on his family farm in California.

Tan body with dark brown branding iron & rope border. Center plate design of a young cowboy riding a bucking horse waving his cowboy hat in the air in shades of brown and rust. The words "RIDE'EM, COWBOY!" appear above the boy's head.

Bowl design of a young cowboy leading a horse, waving his hand in the air with the words "HI PAL!" above his head in shades of brown and rust. Many of these children's sets were sold with the standard Wallace China backstamp; however, some of the cups, were made with the Little Buckaroo backstamp as shown. Pieces backstamped "Little Buckaroo" are harder to find.

For other related patterns:
Little Buckaroo 2 reproduction by True West