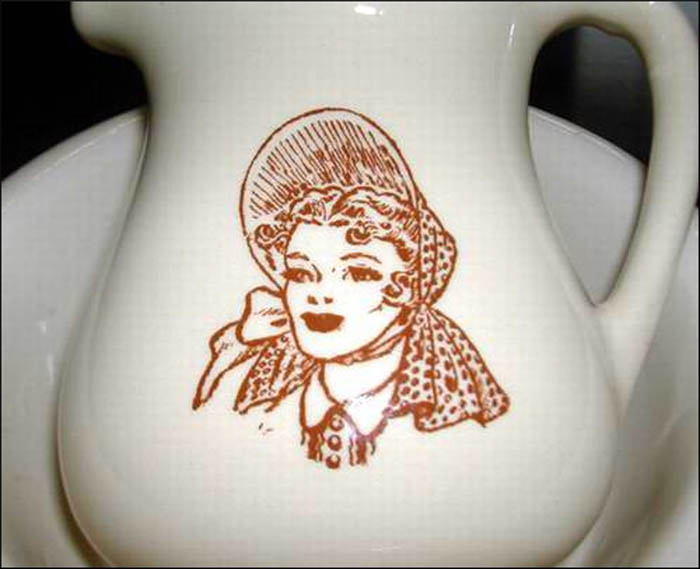 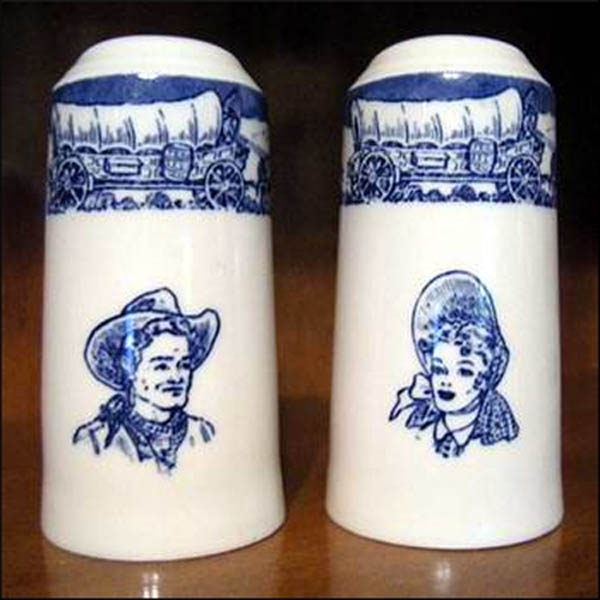 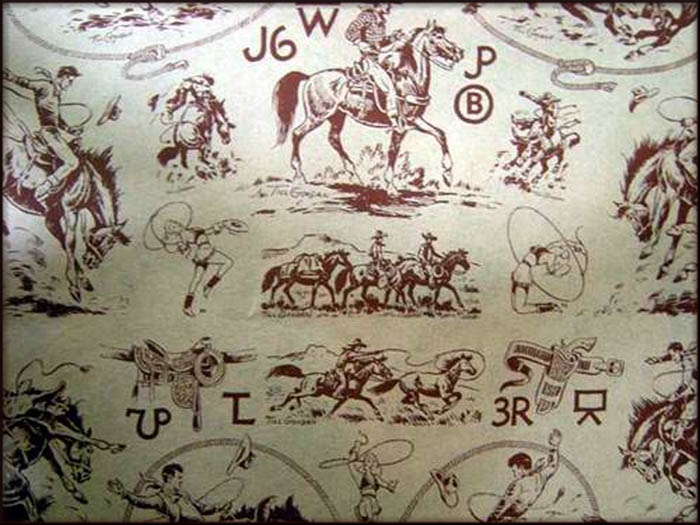 However, for the pioneer woman's image found on the creamer and on the shaker, Till Goodan turned to his multi-talented daughter, Betty, for artwork assistance. Betty Goodan, a National Cutting Horse Champion, performed with Gene Autry in Madison Square Garden in the 1940s. She has been nominated for the National Cowgirl Hall of Fame in Fort Worth, Texas.

Besides her contribution to the Pioneer Trails pattern, her artwork can be found in Gene Autry comic books and Roy Rogers paint books (1944 & 1946). She also collaborated with her father to create the cowgirl trick ropers for the wrapping paper design shown below; her images are signed "BG."