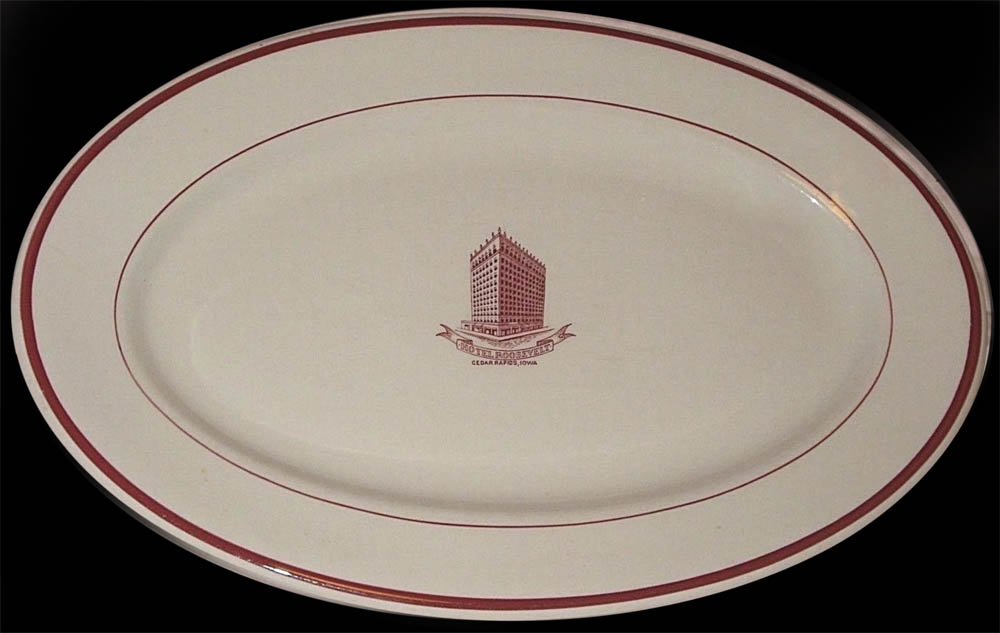 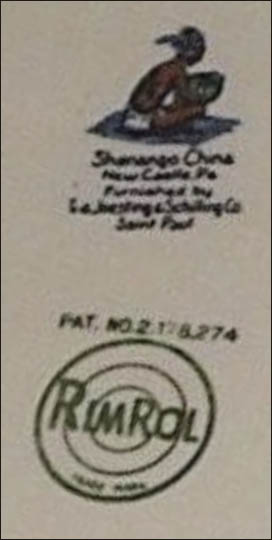 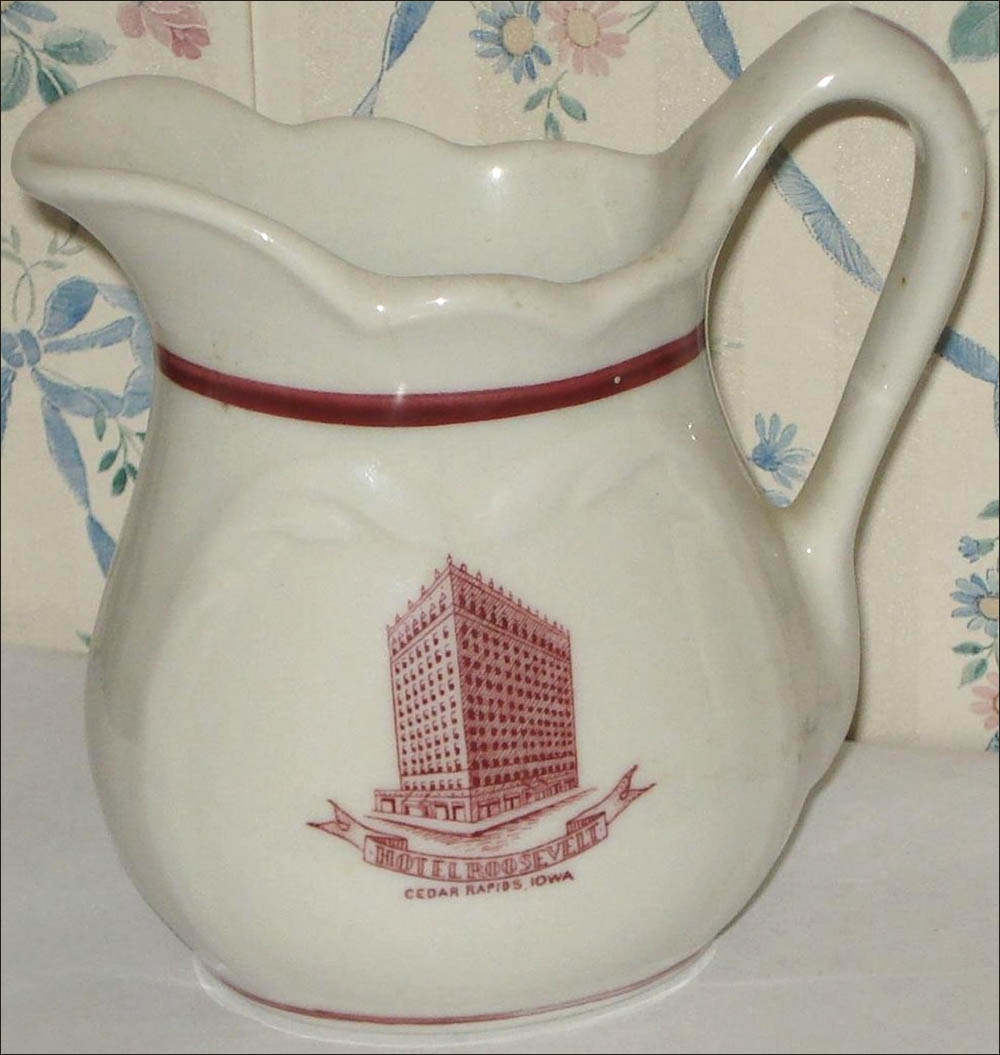 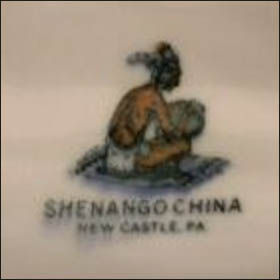 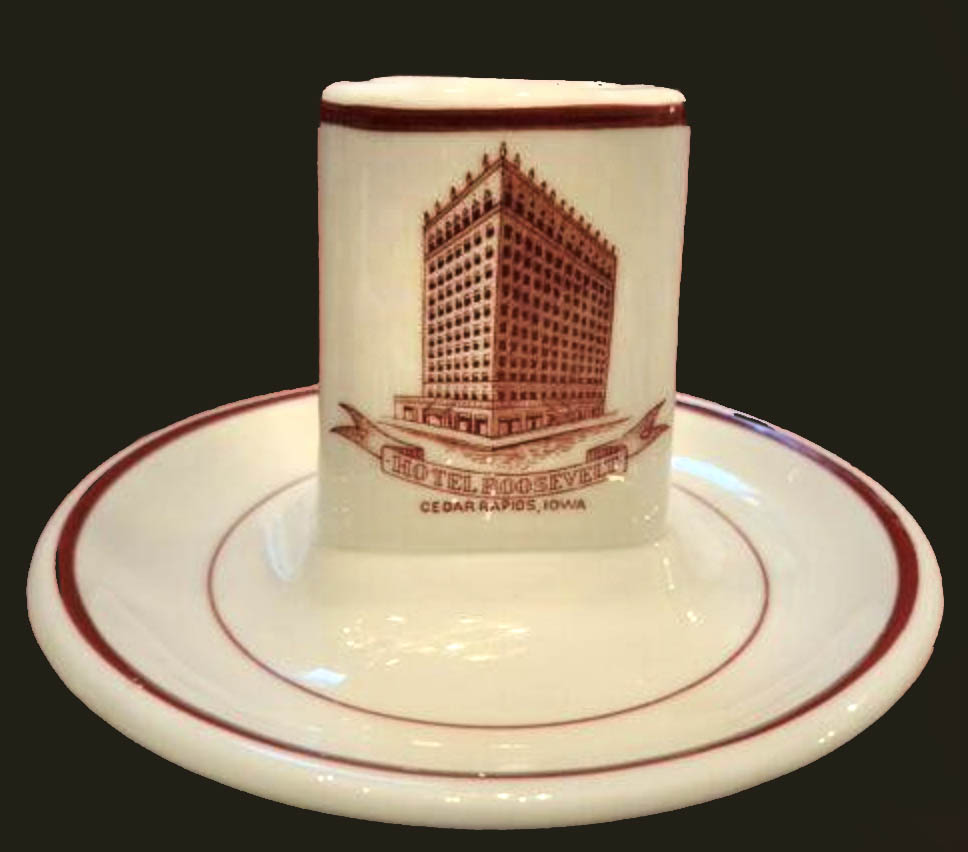 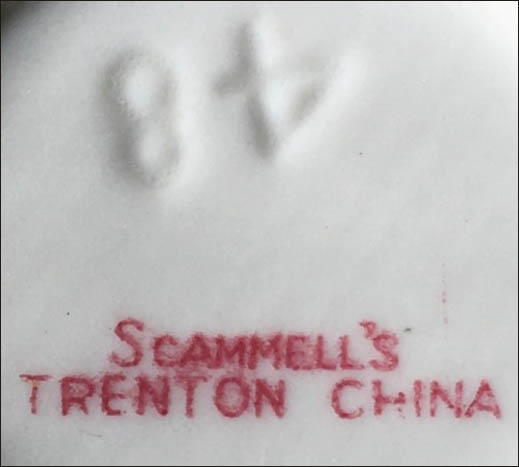 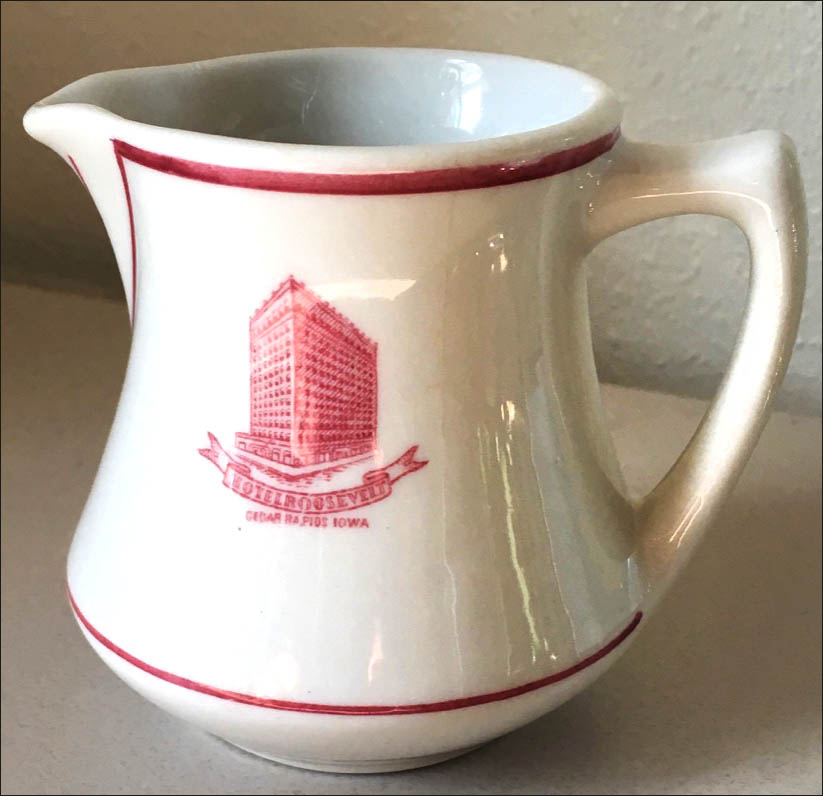 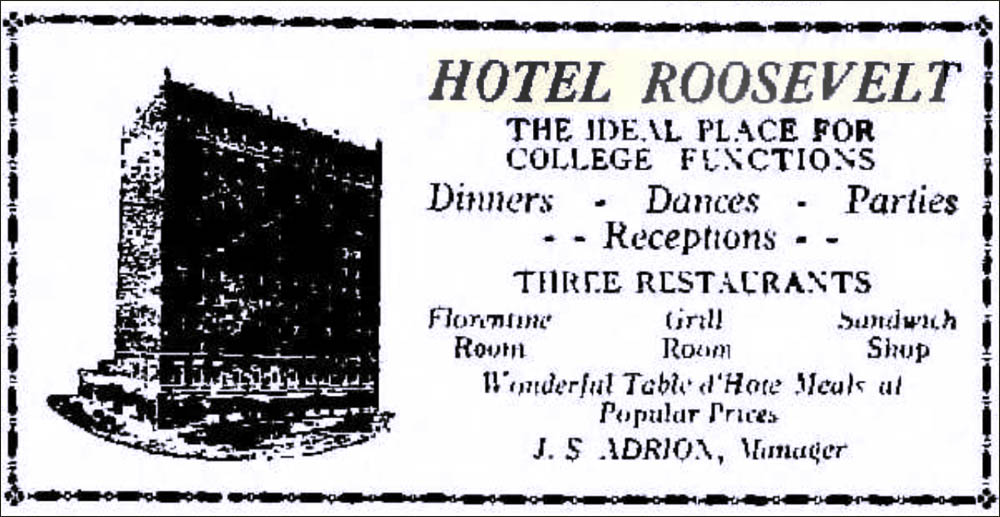 Advertisement for the Hotel Roosevelt 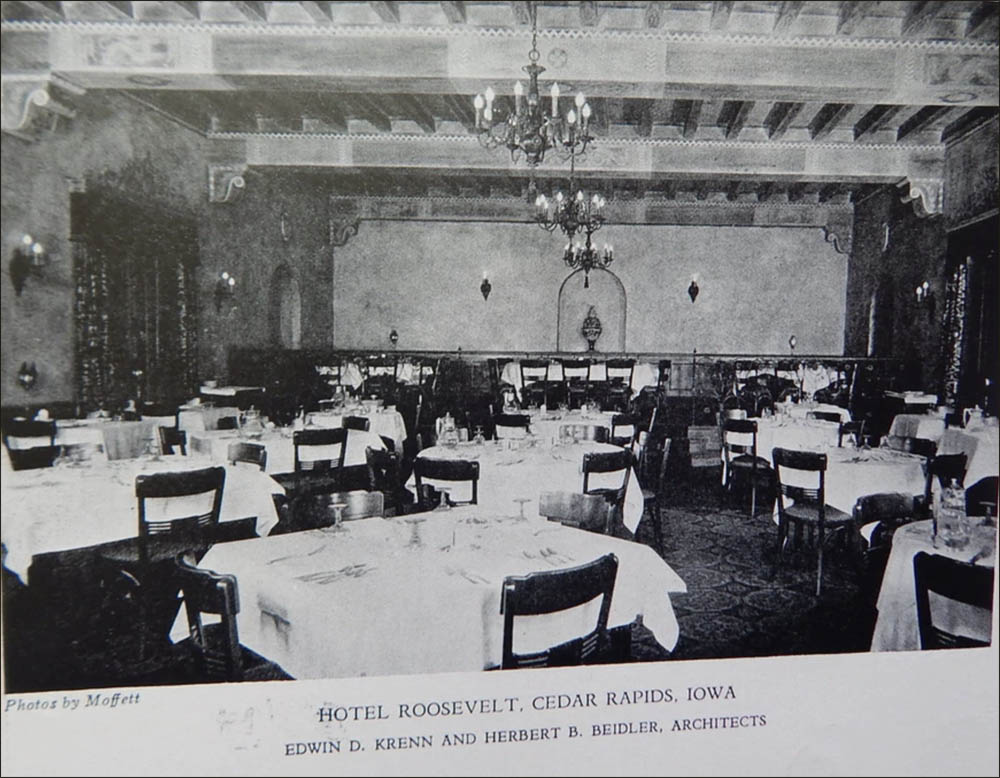 Notes: The building permit for the 12-story, 300-room Hotel Roosevelt, on the corner of 1st Street and 2nd Avenue in Cedar Rapids, Iowa, was issued August 31, 1926.  On Friday, August 19, 1927, The Cedar Rapids Tribune announced that the Hotel Roosevelt had its formal opening that week. It contained three restaurants, the Florentine Room, Grill Room and Sandwich Shop. By 1939, The Piccadilly Tavern was operating.

An adjoining multi-level parking garage, built around 1963 allowed the hotel to change its name to Roosevelt Motor Hotel.  In the 1980s several of the upper floors were converted into apartments. By 1997, the entire building operated as apartments. In 2022, the 96-unit apartment building was operating as The Roosevelt.

Scammell and Shenango produced the same pattern china for the Roosevelt. It is crested with a transfer drawing of the hotel exterior in brick red. "HOTEL ROOSEVELT" is in a banner curved below the illustration, with "CEDAR RAPIDS IOWA" below the banner. Red rim and verge lines complete the pattern. Some Shenango pieces contain the multi-color decal Native American potter logo. Shenango RimRol  pieces were made after October 31, 1939, when the patent was issued. Scammell pieces are made on Trenton China base.