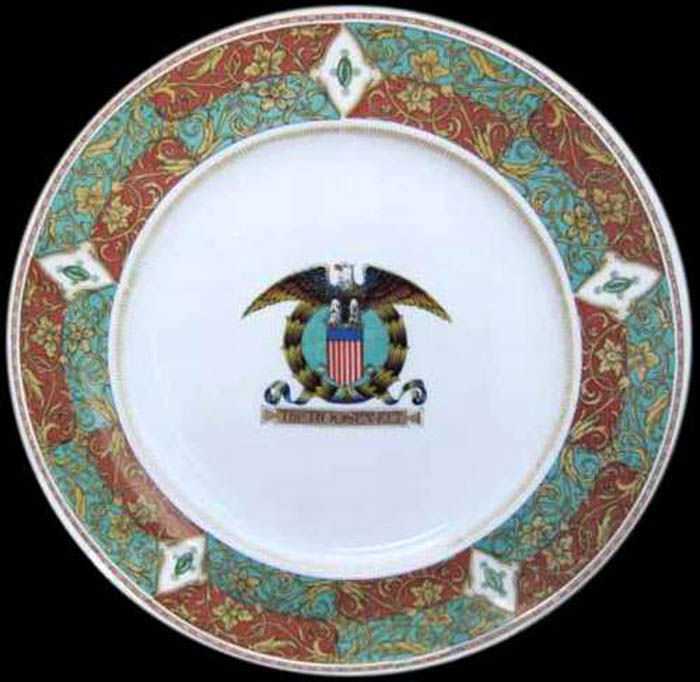 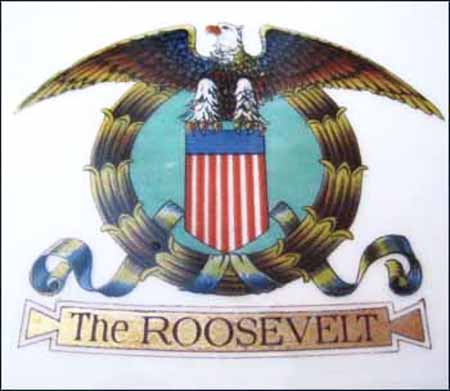 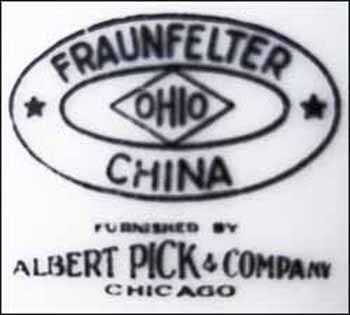 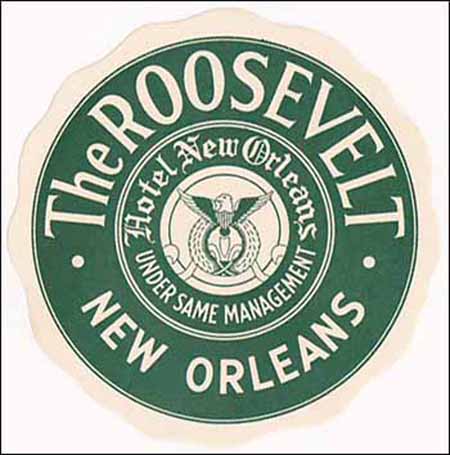 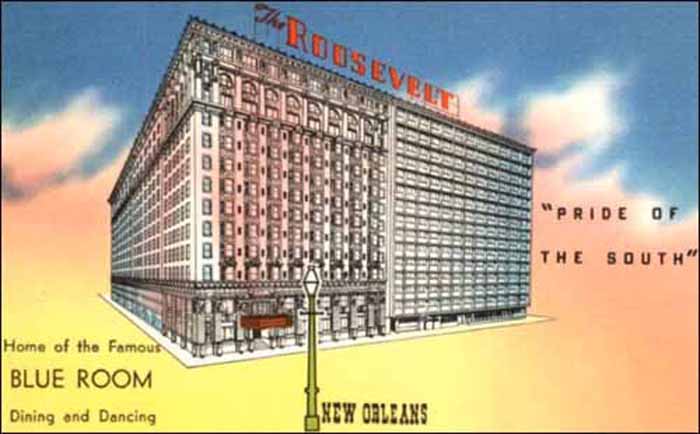 Notes: The Roosevelt Hotel is one of the most historic and iconic structures in all of New Orleans. Located in the French Quarter at 123 Baronne Street and University Place, it originally was built in 1893 as "The Grunewald" — a six-story structure with 250-rooms.

According to the 1906 Hotel Red Book (HRB), a 400-room, 13-story addition was underway, and is pictured in the 1909 HRB. The 1913 HRB advertises, The Grunewald and Annex, "Unquestionably the Best Kept Hotel in the South." The Grunewald was also home of the first nightclub in the U.S., known as "The Cave."

By the Fall of 1925, The Grunewald was renamed The Roosevelt Hotel. The 1929 HRB advertises The Roosevelt as "The Pride Of The South, 700 guest rooms, each with bath. Famous New Orleans foods, prepared by internationally known chefs." Seymour Weiss assumed ownership of the hotel in 1931, and held that position until 1965.

The Cave became the famous Blue Room, and re-opened December 31, 1935, featuring name orchestras and entertainment for supper and dancing. By the late 1940s, "The Roosevelt providing five orchestras, in its three main dining rooms, for your dancing and listening pleasure."

The 1956 Hotel Red Book describes the new 15-story addition to the hotel which brings the room count to over 900. It tells of the new International Room, which seats 2,500; the Fountain Lounge, where two orchestras play nightly from 5 PM for cocktails and dancing; the Blue Room for dinner and supper; and the Sazerac Bar for the Ramos Gin Fizz.

Hurricane Katrina closed the Fairmont in 2005. Shortly thereafter, the hotel was purchased and a $100 million restoration was started, which ultimately exceeded $170 million.

The hotel reopened as The Roosevelt in July 2009, as part of the Waldorf Astoria Collection, with 504 rooms, including 135 luxury suites. It is 100% non-smoking.

White body 10.5" service plate. Wide band of alternating sections of rust and mint green with gold vines and flowers. Logo in well of plate has a spread winged eagle atop a shield of red, white, and blue in a mint-green field, surrounds by a wreath and ribbons with a banner beneath with the words, The Roosevelt.