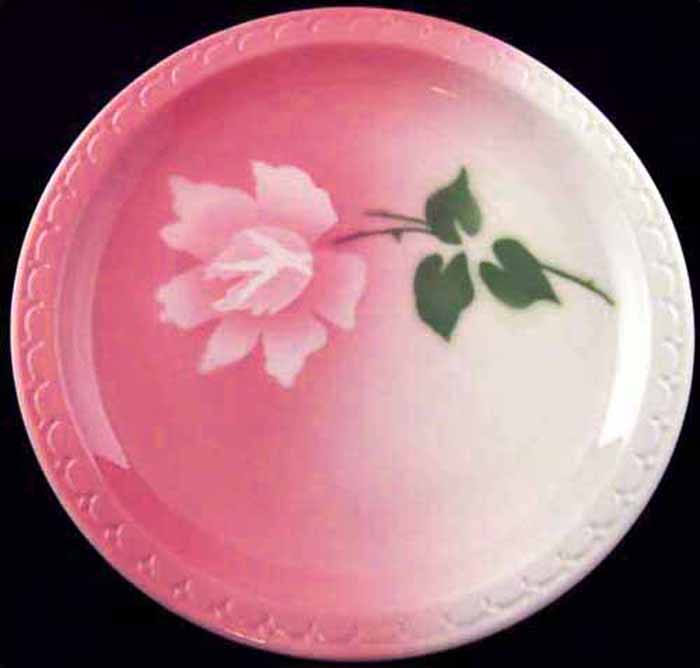 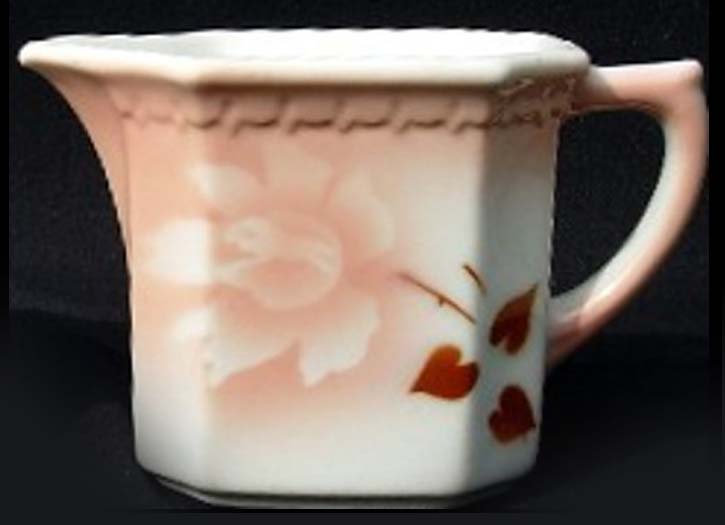 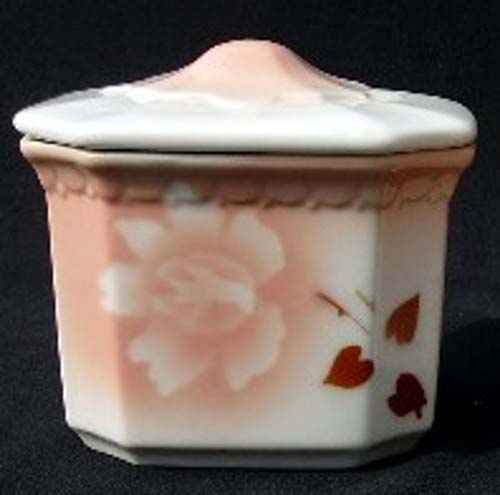 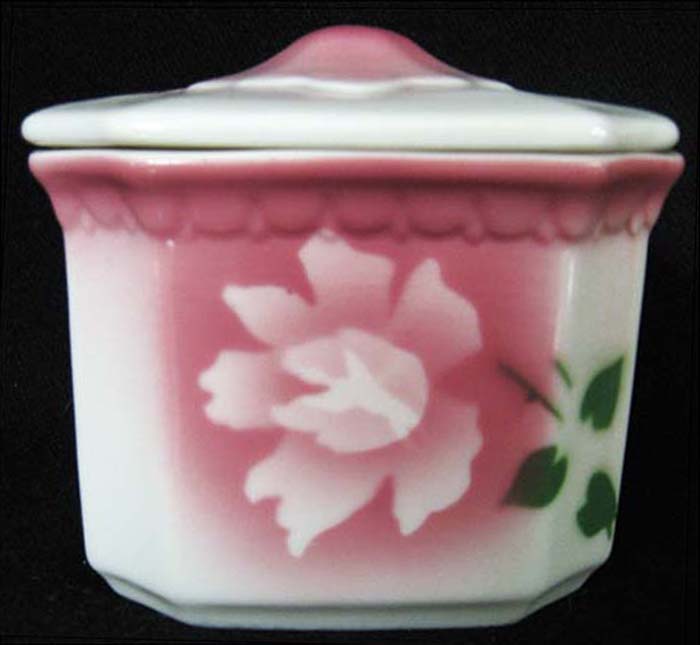 Notes: This beautiful airbrushed – or hand sprayed – pattern in two color variations has been the source of confusion for both collectors of restaurant ware and railroad china:

Syracuse made a popular fine china pattern called Madame Butterfly (Shadowtone #15) that was produced in Salmon Pink and Butterfly Brown on the Virginia shape. It has frequently been assumed that Madame Butterfly is the name for the restaurant ware pattern as well.

But the Rose pattern, which was introduced around 1938, was designed first and used a different set of stencils and was manufactured in a different factory on different shapes – and for the commercial market. It is not, therefore, ever correct to call the Rose pattern Madame Butterfly when seen on heavy restaurant china. 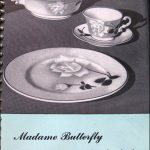 The book "Syracuse China" by Cleota Reed and Stan Skoczen discusses the development of Harry Aitken's Shadowtone technique, described as "airbrushing (spraying) colors through stencils." Specifically for this Rose pattern (referred to also as SH-1 in the book), "nearly one hundred masks were needed" to produce the 46 shapes available in the Econo-Rim style.

The second popular version of the Rose pattern, in a clear pink with green leaves, has been an ongoing source of controversy among railroad collectors. Dubbed Spokane by both Richard Luckin ("Dining on Rails") and Doug McIntyre ("The Official Guide: Railroad Dining Car China"), this is also similar to – but not the same as – the fine-china Madame Butterfly Shadowtone #15 pattern but produced on heavy commercial ware.

Empire-shaped celery trays have been found with a Great Northern Railroad backstamp, but they do not reflect an order placed by the line nor are they samples. They were simply a mistake on the part of Syracuse China.

Like most collectibles that become rare when manufacturing mistakes are made, it is understandable that celery trays with the GNR backstamp would be desirable, but only as the oddities that they are.

This pattern, whether with or without a GNR backstamp, should never be considered to have seen railroad use. And the pattern should not be referred to as Madame Butterfly or Spokane, but as Rose.

This Rose pattern was made in other colors as well, including gray and blue.