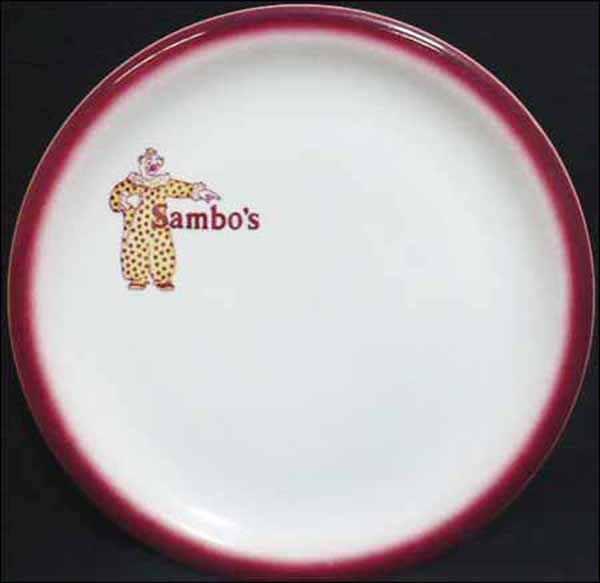 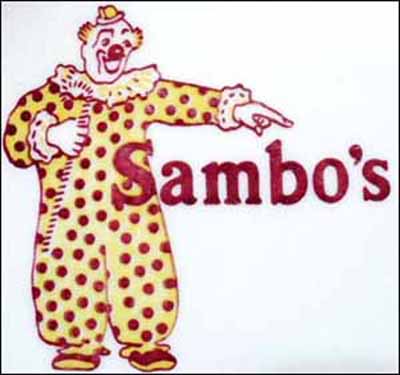 This is the first china pattern used by the chain. White body with maroon airbrushed rim. Line drawing of clown in yellow and maroon polka dot costume. Sambo's in maroon.