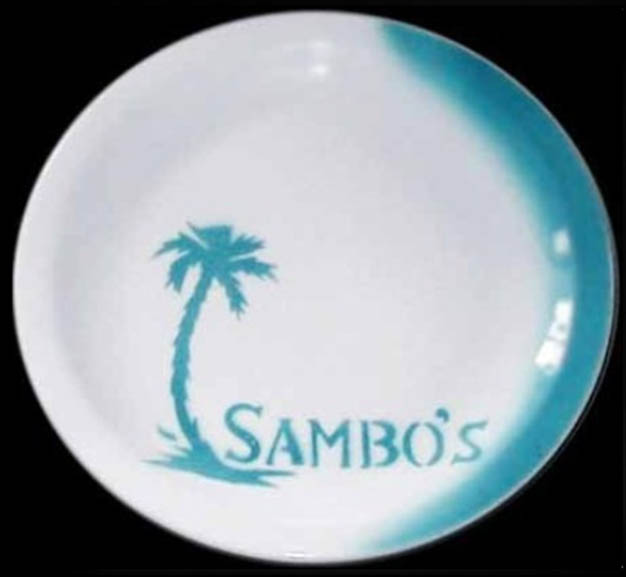 White china plate with medium blue airbrush swash on one side and a palm tree. Only larger plates carried the full design with palm tree and Sambo's name.