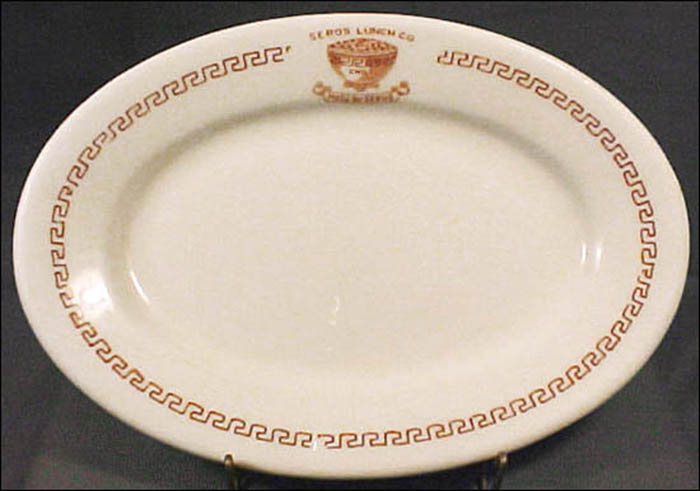 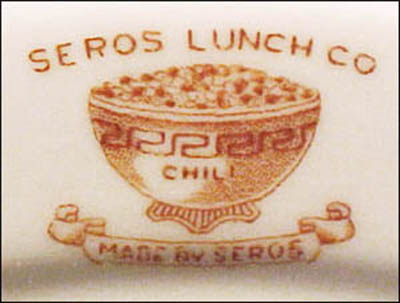 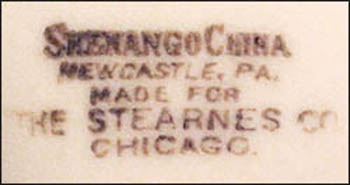 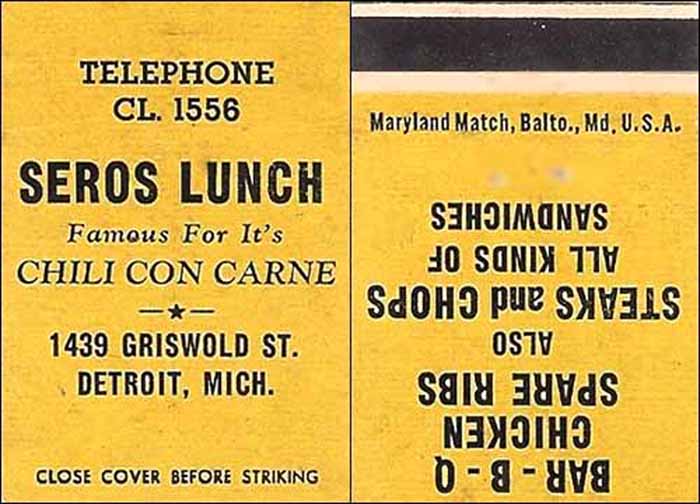 Notes: The ID for this platter is based on a matchbook that shows a chili restaurant called Seros Lunch that was located at 1439 Griswold St., in Detroit, Mich., and the platter's logo that advertises its chili con carne as a specialty. The restaurant was included as Seros Lunch in the 1918 and 1919 Michigan Department of Labor reports and as Seros Chili Co. (with the same street address) in the 1921 Michigan Manufacturer & Financial Record.

Based on a story in the Sept. 18, 1920, Muskogee Times Democrat, the restaurant was owned by James Seros, "whose chili con carne is to Detroit what beans are to Boston, [who] has had a meteoric rise since the day he landed in Detroit three years ago with a few paltry dollars and a sack of Mexican chili beans and peppers. Now Seros is one of the two uncrowned restaurant kings of Detroit." The story goes on to say that at that time he owned five restaurants.

The platter has a rust or brown border in a Greek key pattern, interrupted at the top by the restaurant's logo, which is a bowl filled with chili. The bowl has the same Greek key pattern and has the words CHILI. Above the bowl is SEROS LUNCH CO and below in a ribbon are the words MADE BY SEROS