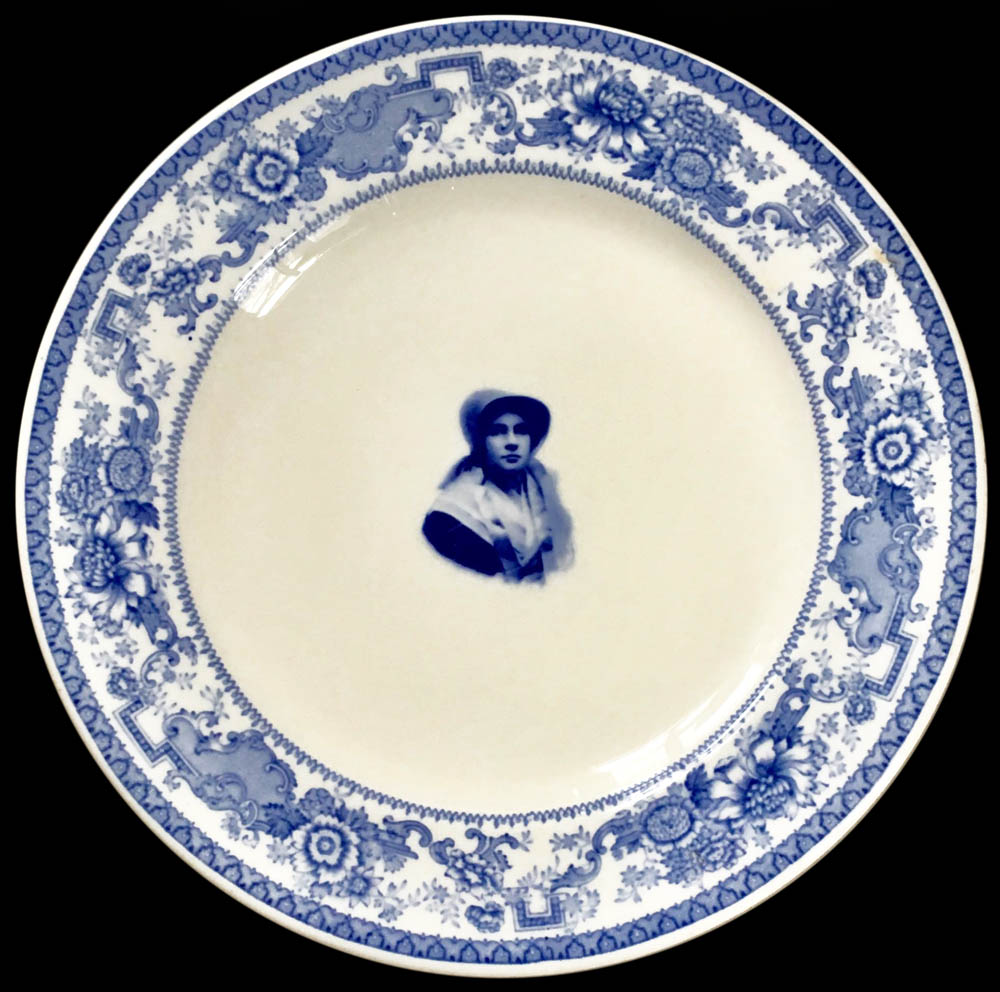 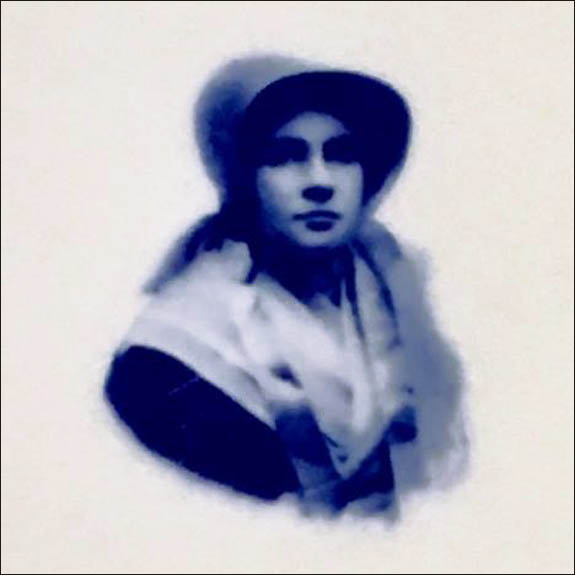 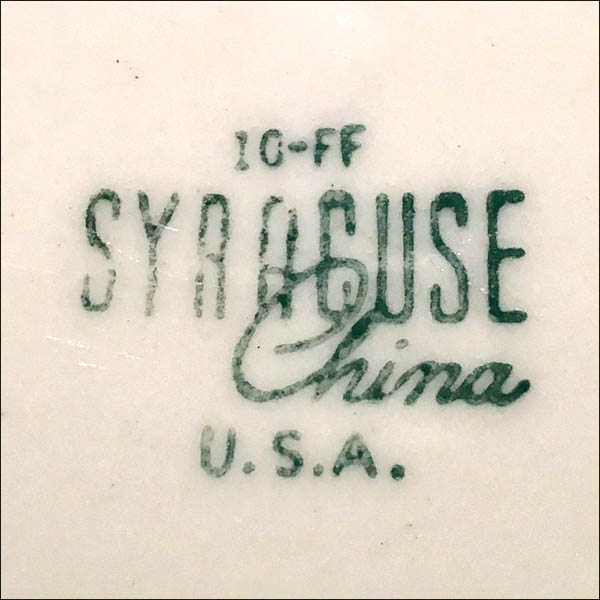 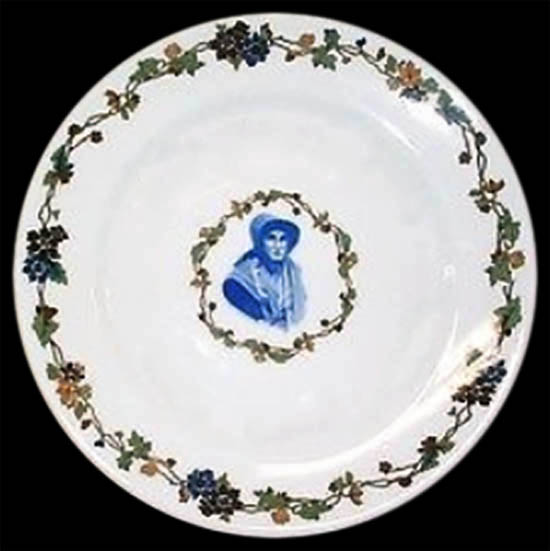 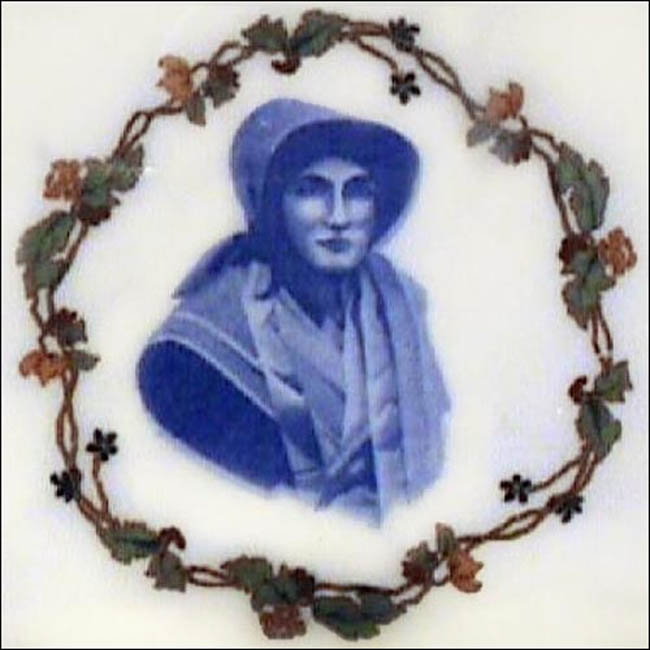 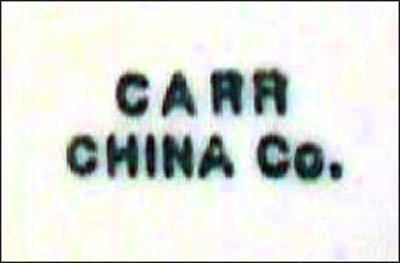 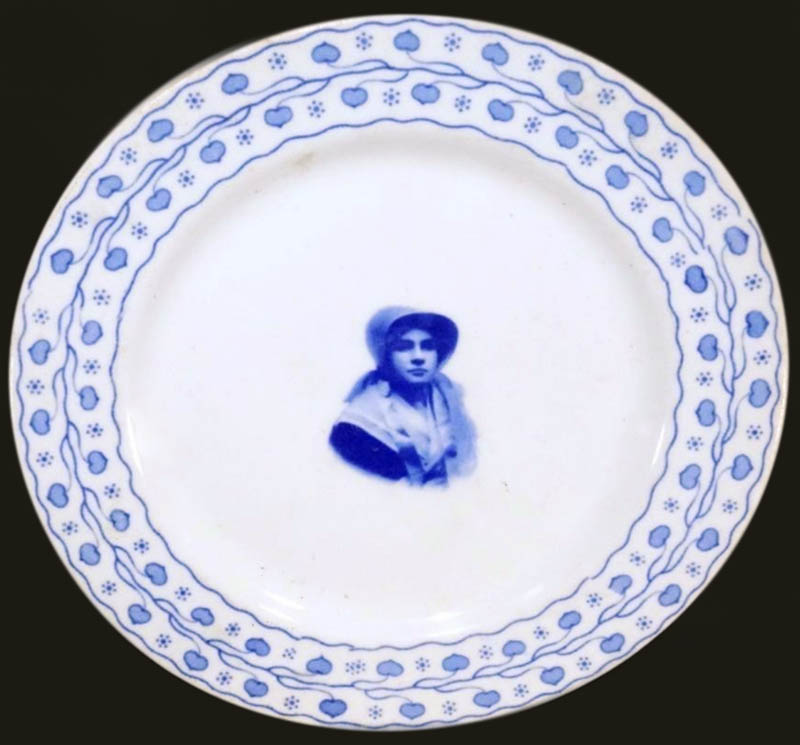 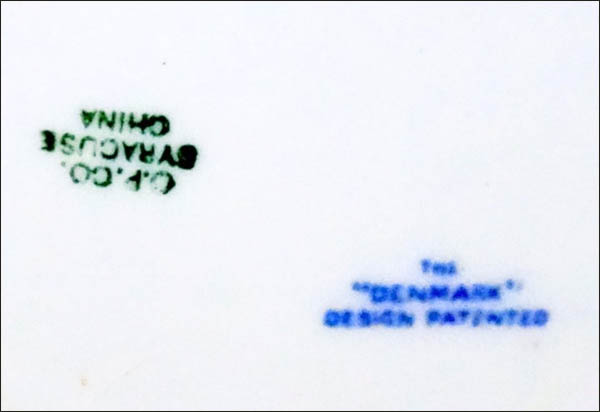 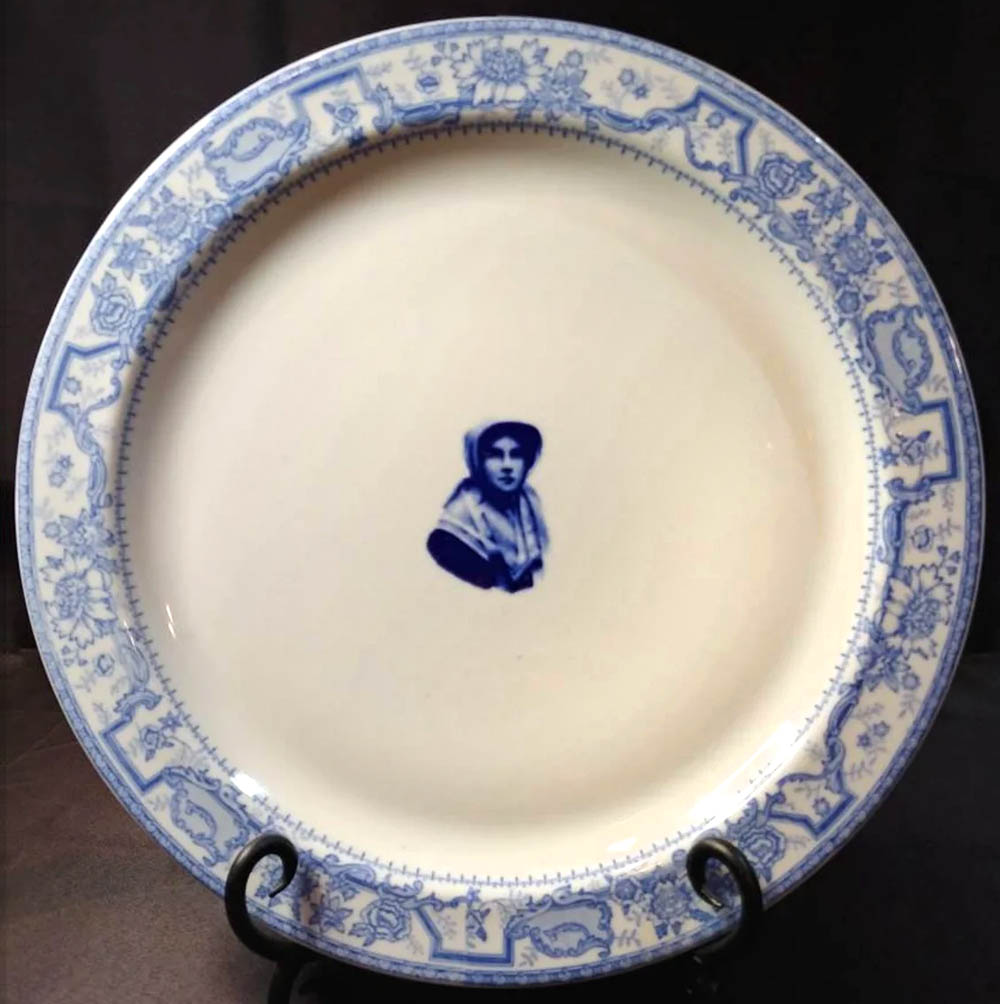 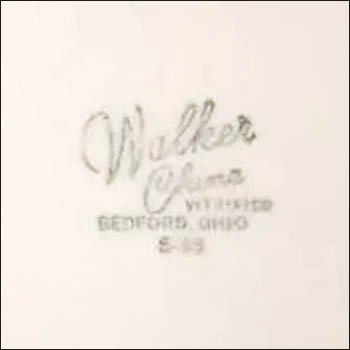 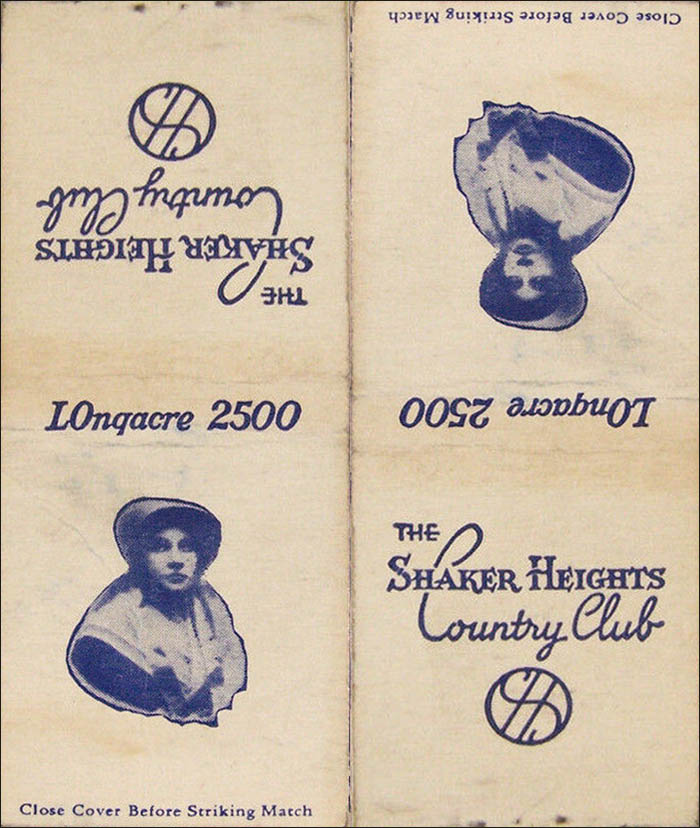 Notes: Located in Shaker Heights, Ohio, since 1913, according to the club's website, Shaker Heights Country Club was "born out of a split in the membership of the exclusive Euclid Golf Club, which was located on property owned by John D. Rockefeller …" A dinner dance on May 29, 1915, was the first event held at the new clubhouse.

The mystery woman in the center-of-the-well designs on these plates wears a Pioneer or Shaker bonnet that is stereotypical of a woman of the Shakers religion, United Society of Believers in Christ's Second Appearing. It is very similar to the modern logo for the club, shown above, but is an exact match with that shown on a vintage club matchbook, also shown above.

On page 353 of Richard Luckin's book "Dining on Rails," he shows this logo with Syracuse's Denmark border to distinguish it from the stock pattern that was also associated with the Springfield, Missouri, Harvey House.