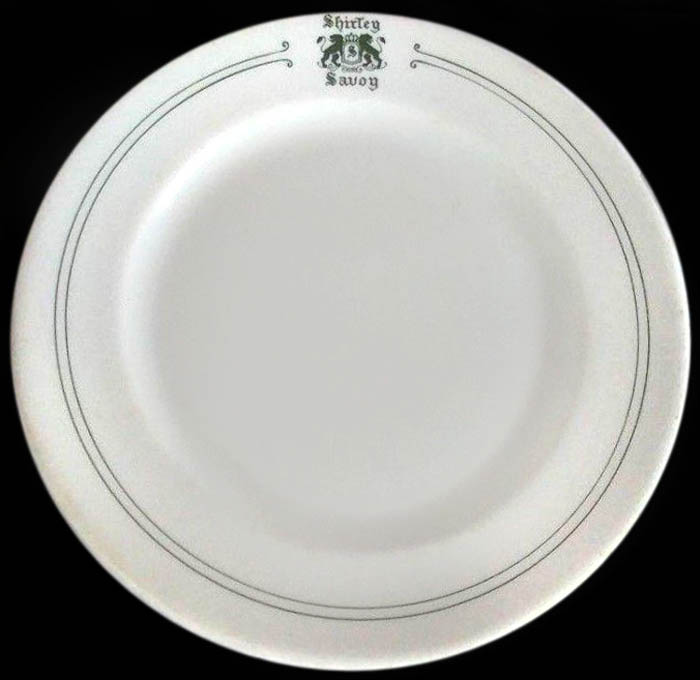 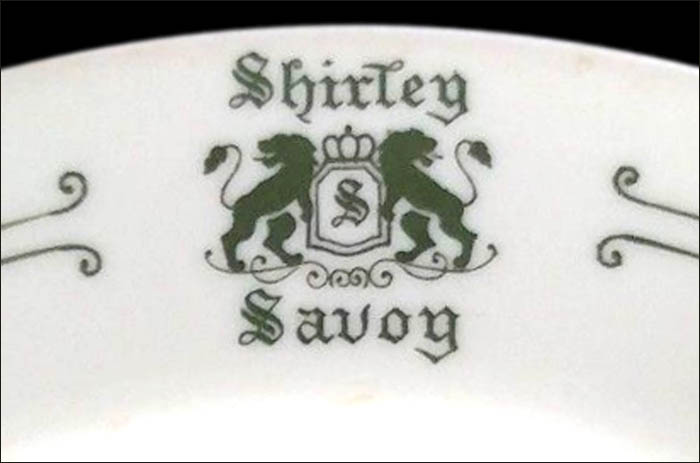 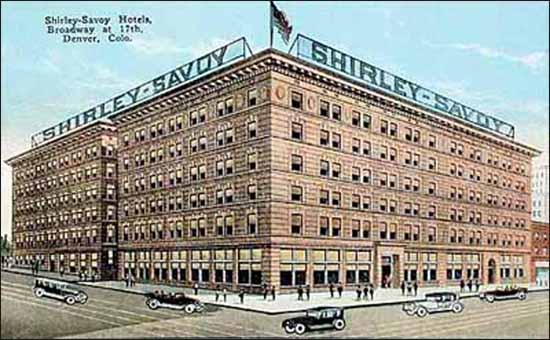 Notes: This six-story, 400-room hotel was comprised of the Savoy Hotel located at Broadway and 17th Avenue and the Shirley Hotel, constructed in 1902 by Col. Dodge at 17th Avenue & Broadway in Denver, Colo.

The Shirley Hotel had its own farm and dairy to provide fresh products for its dining rooms. After the death of Col. Dodge in 1918, the hotels became the Shirley-Savoy Hotel. It was also the home of Broadcasting Station K.L.Z. By 1963, the Shirley-Savoy was down to 126 rooms and was demolished sometime after that to make room for the Mile High Center.