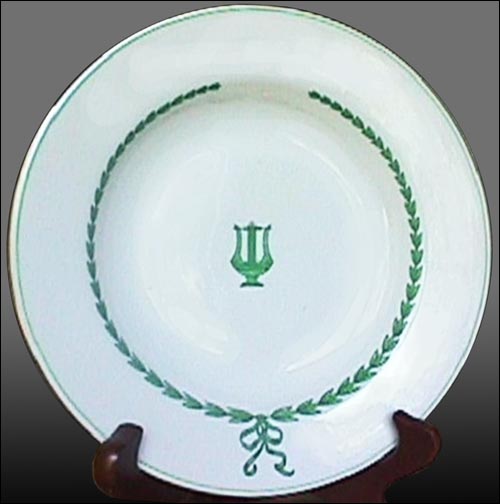 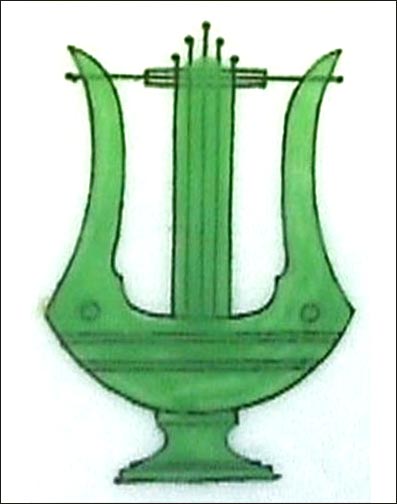 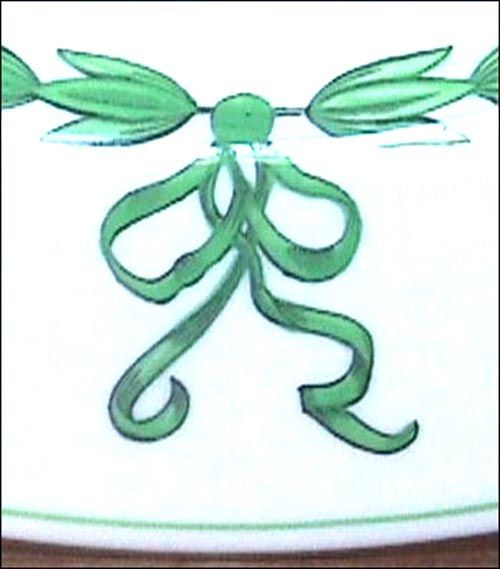 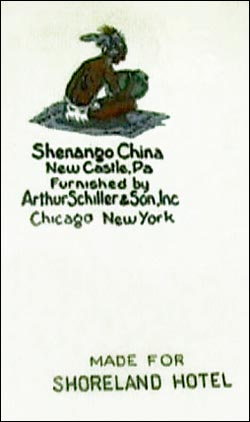 Notes: The Shoreland Hotel of Hyde Park, Chicago was built in 1926 by Harry Fawcett. Having over 1000 rooms, the hotel served many famous guests including Amelia Earhart, Al Capone, Jimmy Hoffa, Milton Friedman and Elvis Presley.

In the 1970s, it was sold to the University of Chicago and used as a residence hall (Shoreland Hall) until 2009. Despite being added to the National Register of Historic Places in 1986, it has passed through several hands since the university sold it in 2009.

As of March 2013, and according to chicago.curbed.com, The Shoreland has been going through a major renovation and interior demolition to become a lakefront apartment building with what will be an estimated 330 units. The renovation has been conducted in cooperation with the National Register.

Cream body with gold at edge and a thin green line inside that. Green lyre in center with green laurel wreath and bow around well.