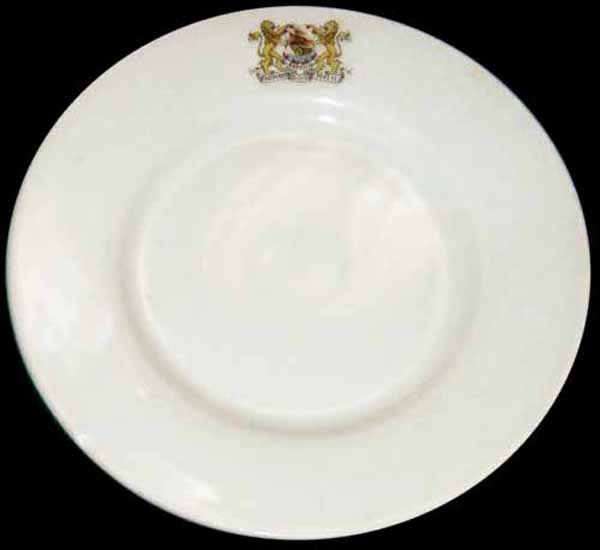 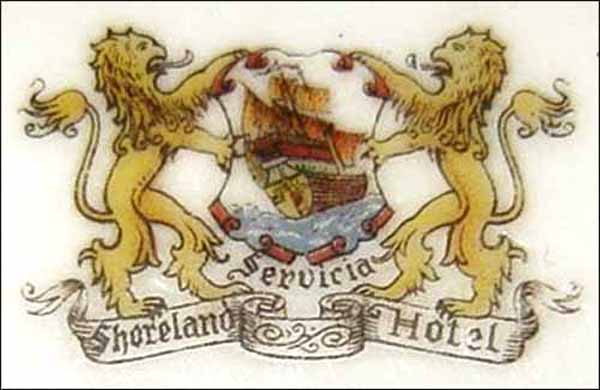 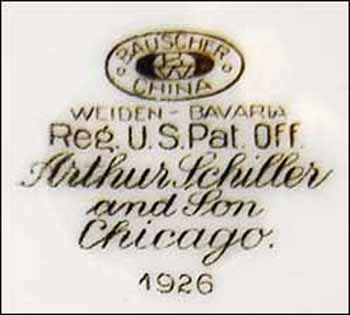 Notes: The Shoreland Hotel of Hyde Park, Chicago was built in 1926 by Harry Fawcett. Having over 1000 rooms, the hotel served many famous guests including Amelia Earhart, Al Capone, Jimmy Hoffa, Milton Friedman and Elvis Presley.

As of March 2013, and according to chicago.curbed.com, The Shoreland has been going through a major renovation and interior demolition to become a lakefront apartment building with what will be an estimated 330 units. The renovation has been conducted in cooperation with the National Register.

White body with multicolored logo centered on rim at 12 o'clock. Logo composed of two yellow rampant lions holding a pelt bearing a sailing ship. Under the shield is written: Servicia. Underneath the logo is a scroll bearing the words Shoreland Hotel.