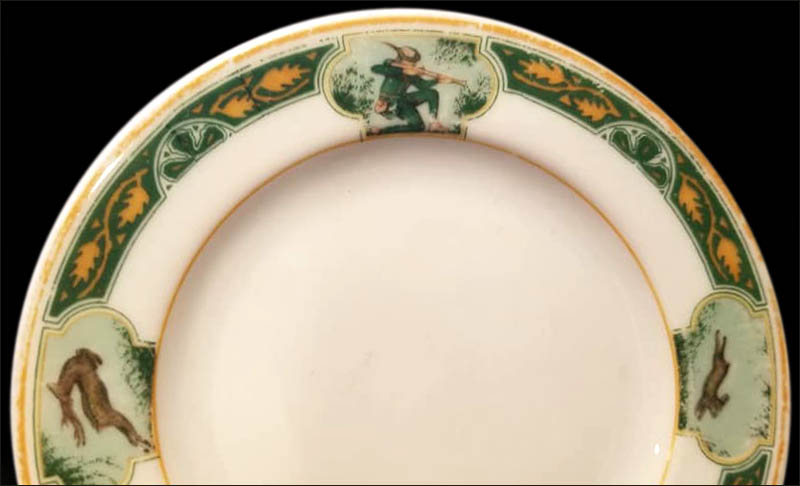 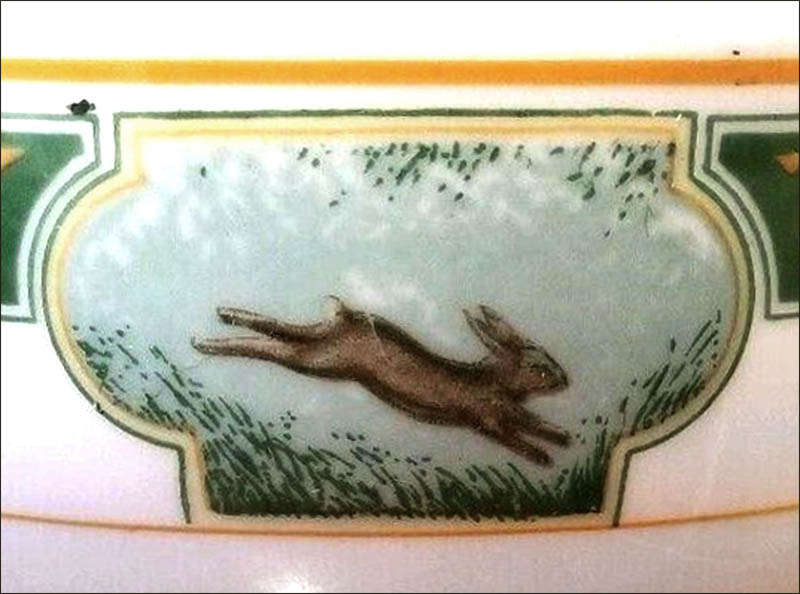 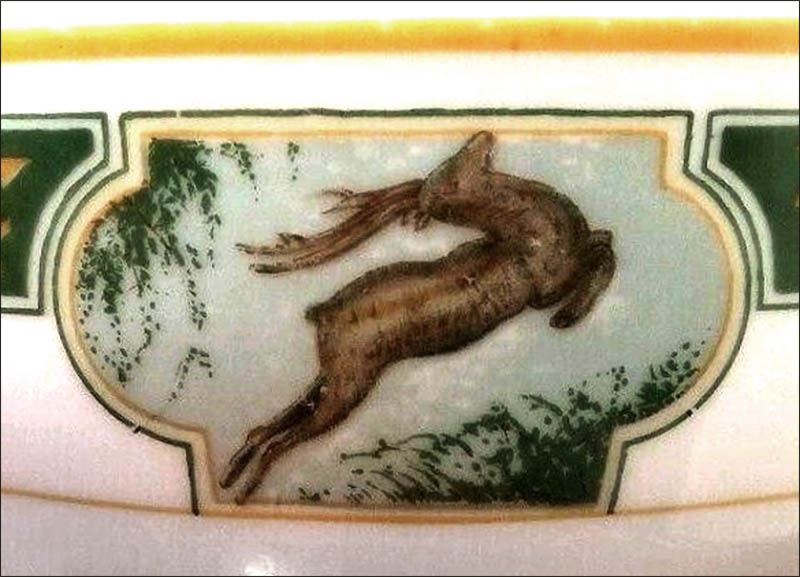 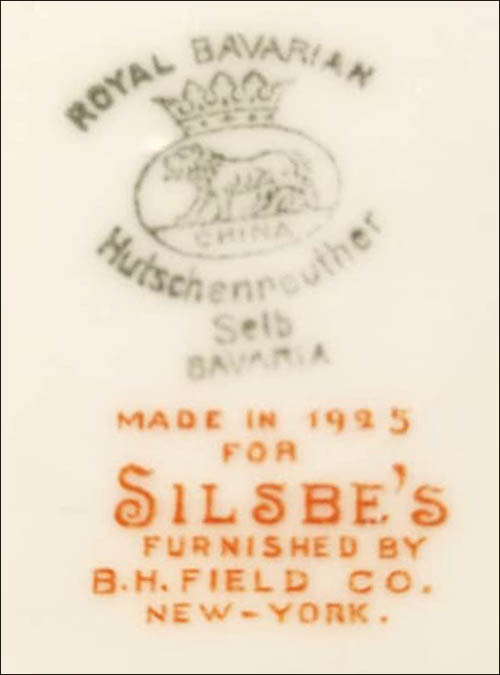 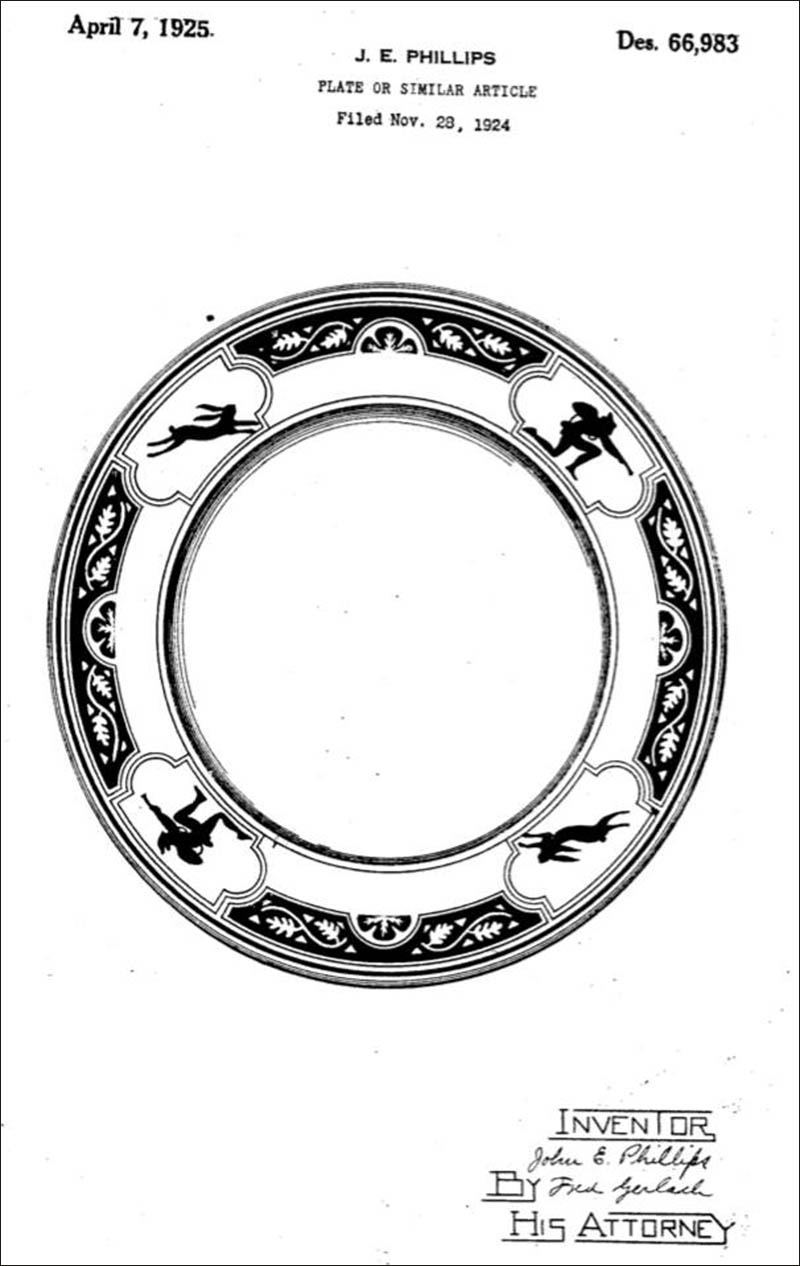 Notes: It is not known exactly where Silbe's was located and whether it was a restaurant that moved several times over the course of the business or whether there were multiple locations and if those were owned by the same people or had different owners.

At the time that this plate was made in 1925, however, it is thought that Silsbe's was located at 42 Broadway near New York City's financial district. As shown in the photo above, the patent for this design by John E. Phillips was applied for on April 7, 1925.

As described by George S. Chappell in 1925's "The Restaurants of New York," this was probably the same location: "In New Street, back of the Exchange, a number of restaurants are tucked away in the basements of the granite piles which make this thoroughfare one of the great man-made canyons of the world. Silsbe's is an extensive underground establishment and may be visited without subsequent inner qualms."

The New York Public Library, however, has a 1900-01 menu from a Silsbe & Son Oyster House and Restaurant that was located at 203-205 Sixth Avenue, indicating that the business was established in 1863.

The pattern on the china is commonly referred to as the "Robin Hood" pattern. Note that there is an old gun in the hunter's hands and not a bow and arrow, which was Robin Hood's weapon of choice.

Ivory body plate with a gold line around the rim and verge. Half of the border contains a broad band of emerald green containing a vine of oak leaves broken by a three leaf clover and four inserts with a lighter green background. Two of the inserts are of a kneeling hunter, the third is of a leaping stag (or deer) and the fourth is of a running hare (or rabbit).