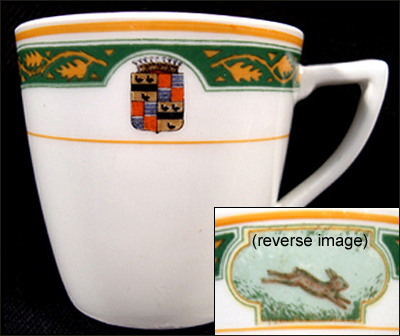 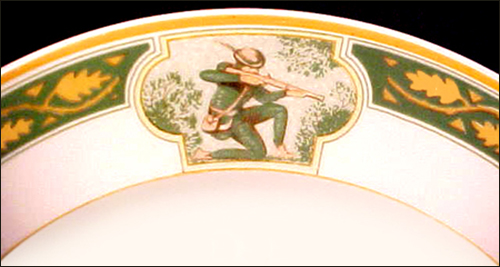 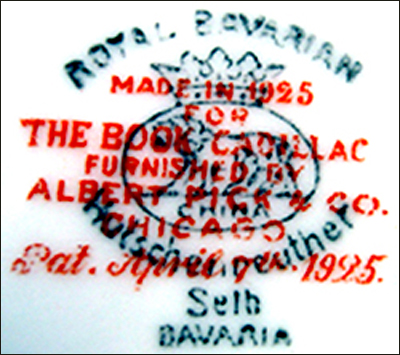 Notes: This pattern was probably used in the English Grill of the Book Cadillac Hotel. It is commonly referred to as the "Robin Hood" pattern. Note that there is an old gun in the hunter's hands and not a bow and arrow, which was Robin Hood's weapon of choice.

Click here to see the US Patent information for this plate design by John E. Phillips.

Completed in 1924 by brothers J.B., Frank and Herbert Book, this 33-story hotel was the tallest building in Detroit and also the tallest hotel in the world at that time. Originally built at a cost of $14 million, the Book Cadillac Hotel with 1,200 rooms was opulence at its finest. The hotel had several owners over the years, but it closed in 1984 and the contents were liquidated in 1986. The hotel sat vacant for the next 20 years, suffering from neglect and vandalism.