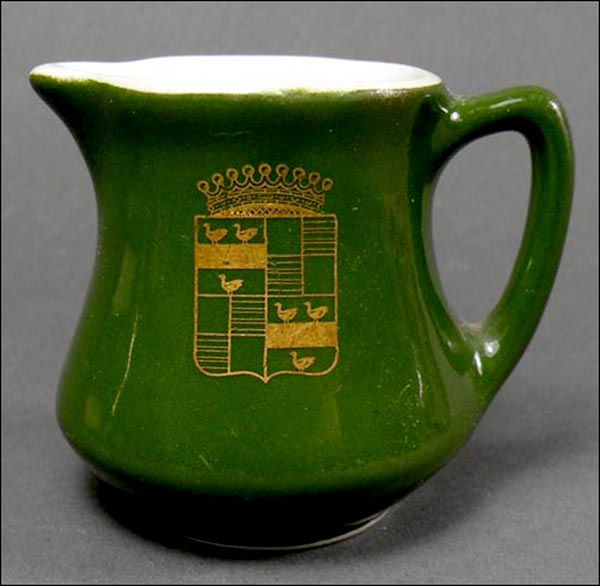 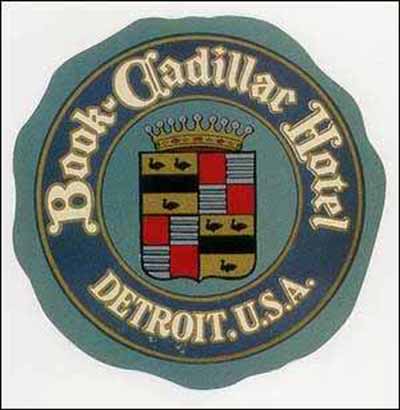 Gold crown and shield with birds/ducks on dark green.