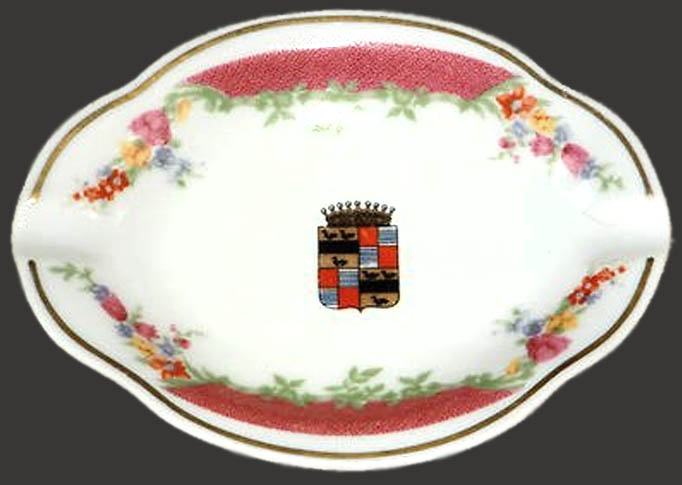 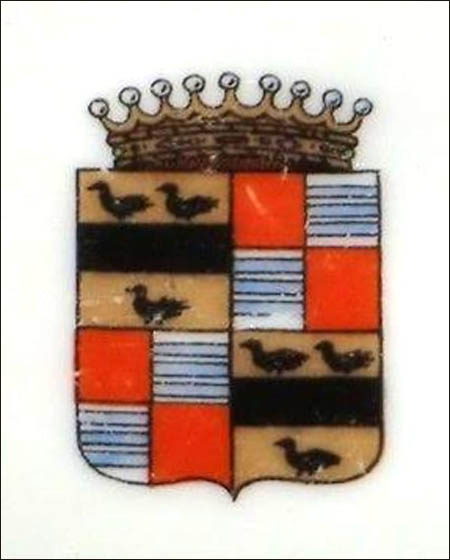 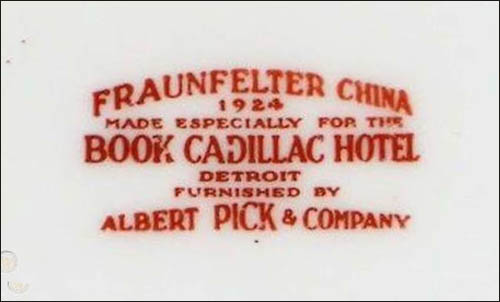 White body with a pink and green floral and scale border, gold trim with the hotel logo of a crown and shield with birds/ducks on both sides of the center of the relish dish. Pattern identified in the Larry Paul Hotel Database.