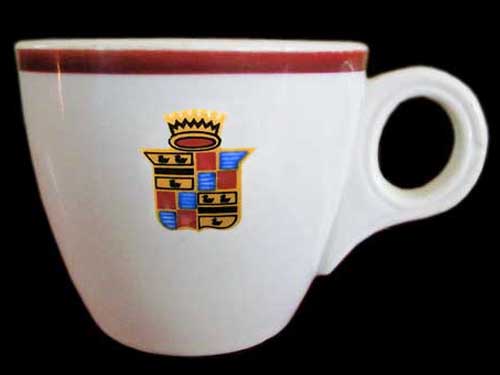 Notes: Completed in 1924 by brothers J.B., Frank and Herbert Book, this 33-story hotel was the tallest building in Detroit and also the tallest hotel in the world at that time. Originally built at a cost of $14 million, the Book Cadillac Hotel with 1,200 rooms was opulence at its finest. The hotel had several owners over the years, but it closed in 1984 and the contents were liquidated in 1986. The hotel sat vacant for the next 20 years, suffering from neglect and vandalism.

The white cup is decorated with a gold crown and shield with birds / ducks with red line around rim.