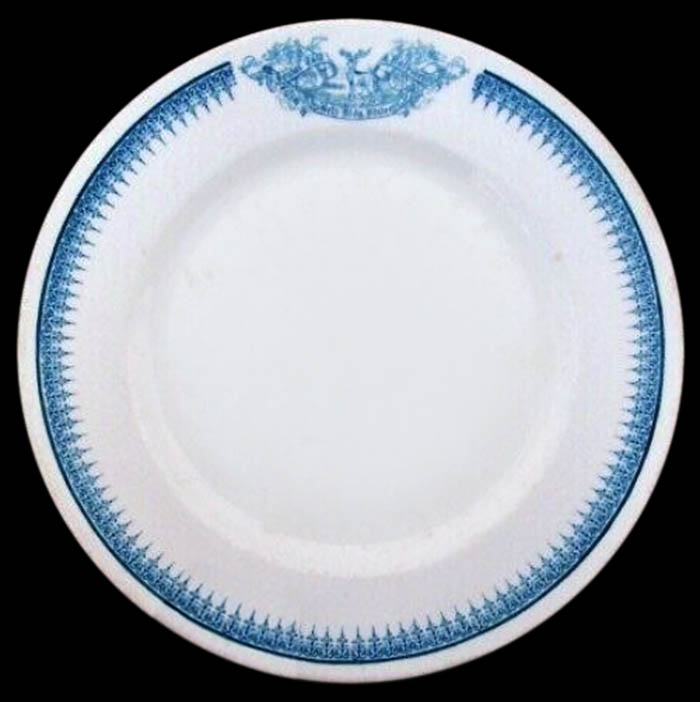 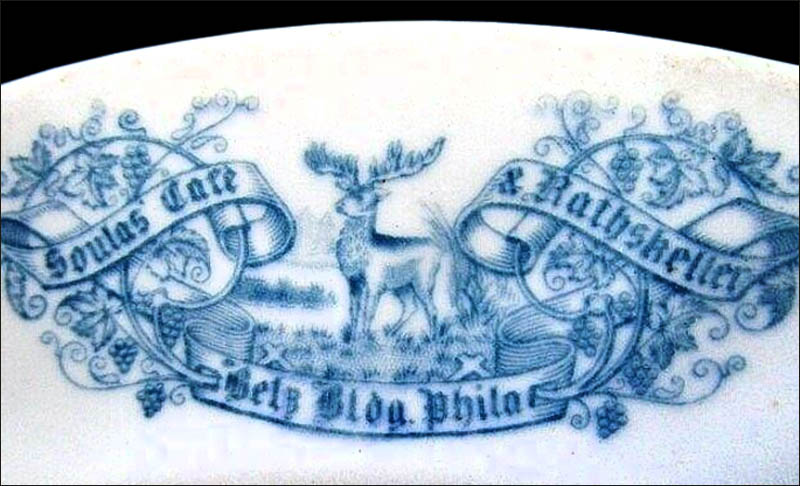 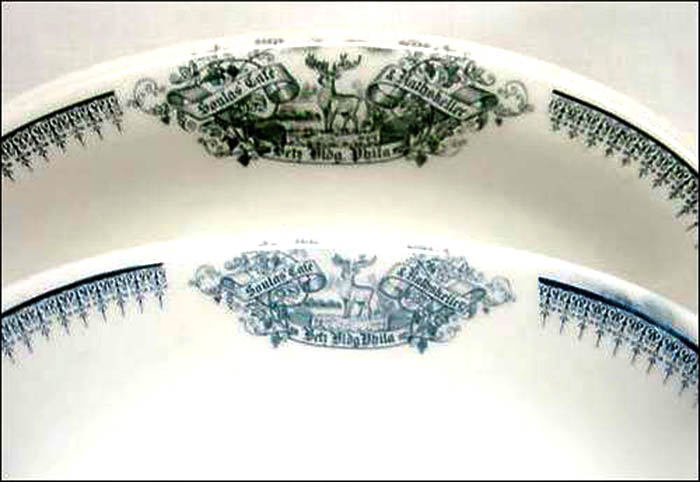 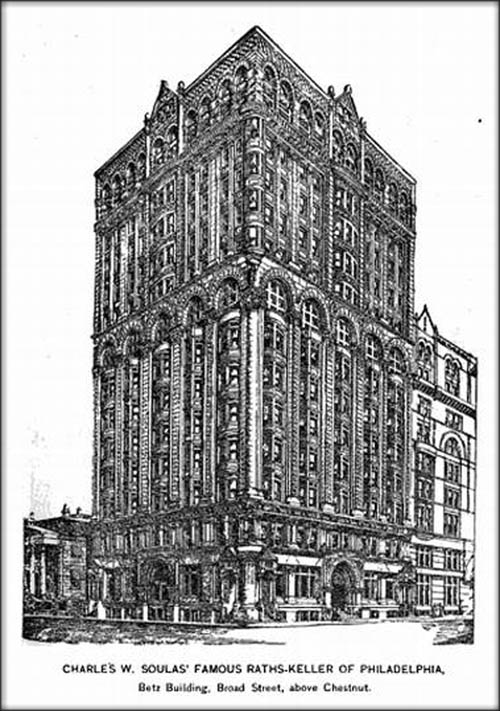 He would later move to the basement of the new Betz Building in Penn Square, changing the name of his restaurant to Soulas' Cafe and Rathskeller. The platters shown below would have been used at this second location, described in splendid detail in The City of Philadelphia as it Appears in the Year 1894:

"From the date of its opening, upon the completion of the splendid and lofty Betz building, upon Broad Street, above Chestnut, and opposite the Public Buildings, the new Rathskeller conducted by Mr. Chas W. Soulas has been considered one of the sights of town. It is the most elaborate and artistically embellished establishment of its kind in the United States. Entrances lead from both Broad Street and South Penn Square opening immediately into a large room, which is really one of the leading social exchanges in the city. Two sides are occupied respectively by a superb bar richly decorated with carvings, mirrors and all approved accessories, and a grill counter with ranges and a staff of skilled cooks always actively employed. A pretty side room is devoted to the purposes of a ladies' dining room. The gallery beneath the broad footway, a few steps lower, is furnished also as a lunching place for both gentlemen and ladies, always lighted and ventilated, decorated with effective paintings in oil appropriate to the scene, and provided with both American and foreign journals.

The leading feature, however, is found still below, where the medieval baronial hall of the Rathskeller is placed, every detail of which, mural paintings, elk horn chandeliers, richly embellished tankards, chairs and tables, suggest forcibly a tourist visit to the historic wine cellars of some ancient city of the Rhine. Soulas' Rathskeller is typical of our cosmopolitan character as a home city for many prosperous nationalities."