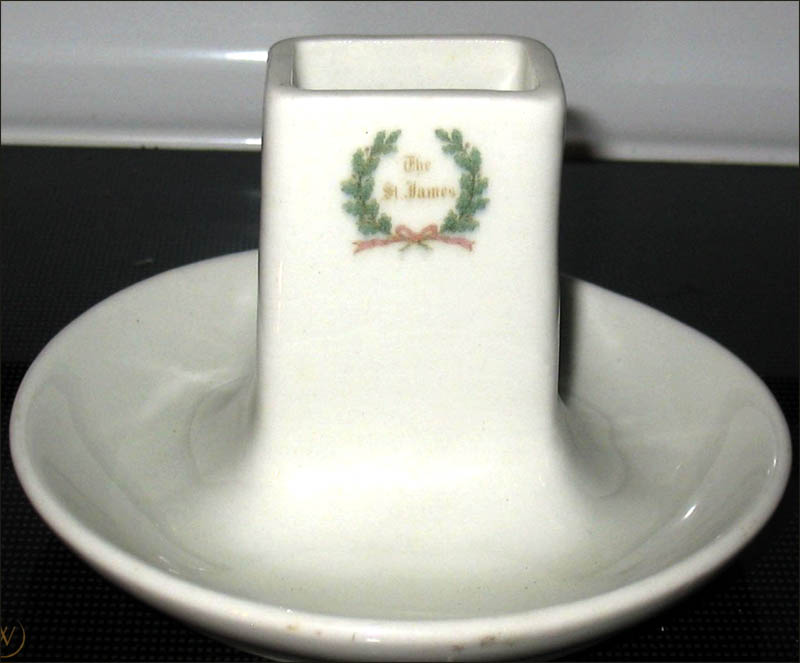 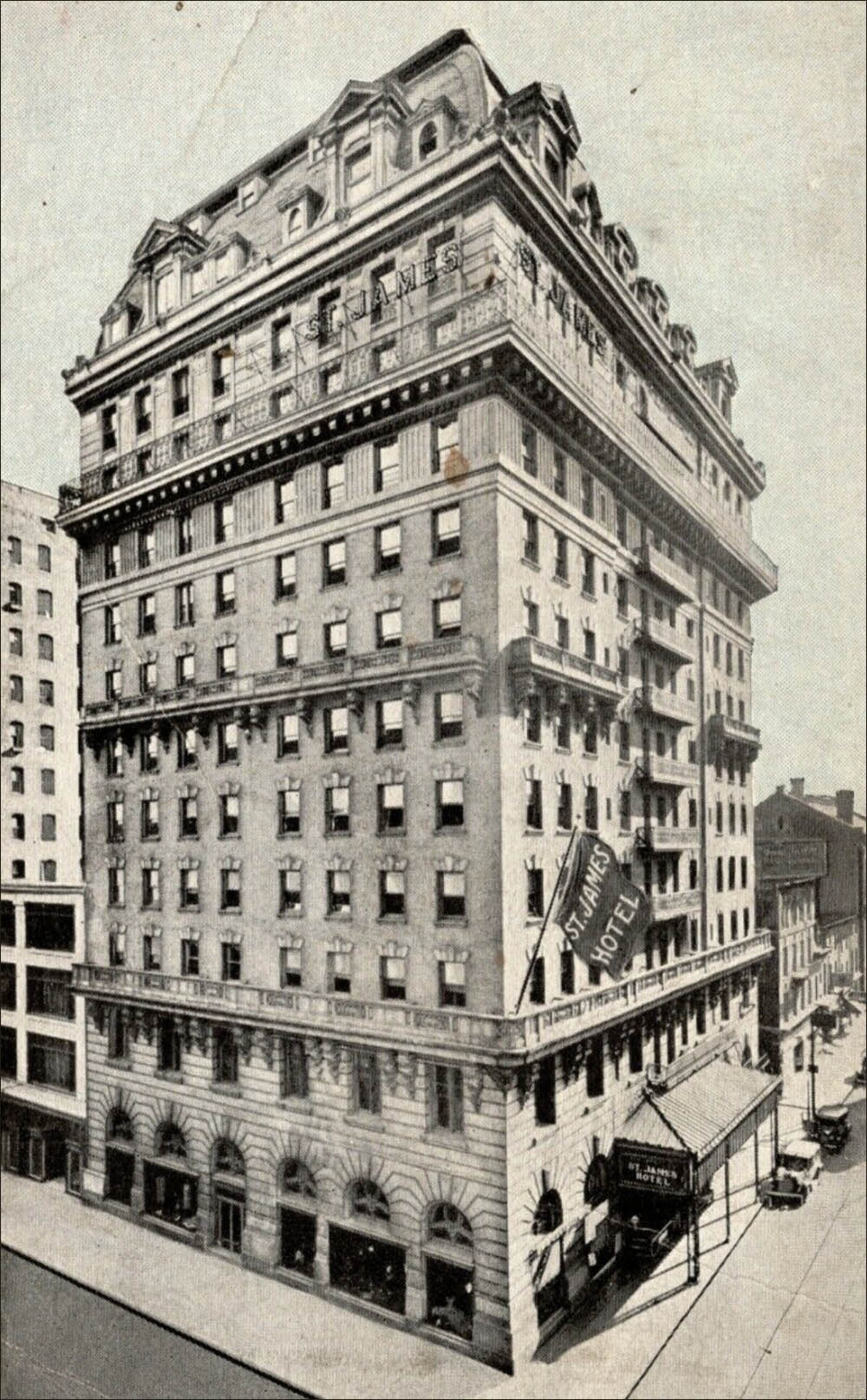 Notes: The 13-story St. James Hotel, on the corner of Walnut and 13th Street in Philadelphia, Pennsylvania, opened in 1901. An addition in 1904, doubled its size and an annex was built in 1909. By 1919, the St. James contained 314 sleeping rooms, with 231 private baths and 35 rooms with running water. The dining room was on the first floor. It was sold at a receiver's sale in 1919. Louis H. Cahan bought it in 1925 and made major renovations. By 1957, it was part of the American Hotels Company chain. Around 1984, the St. James was converted to apartments and renamed Walnut Square Apartments.

Warwick made  china that is crested with "The St. James" in Old English-style red letters within a wreath of oak leaves and acorns, with a red bow.  The only know example of this pattern is a combination match box holder/ashtray, which may be part of a set of items made for use in the hotel bedrooms. This Warwick china service was supplied by Strawbridge & Clothier.