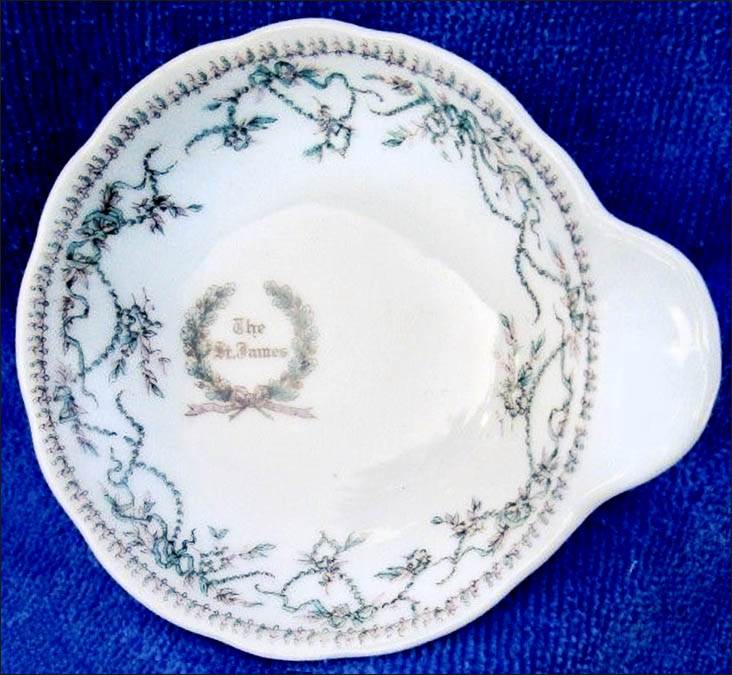 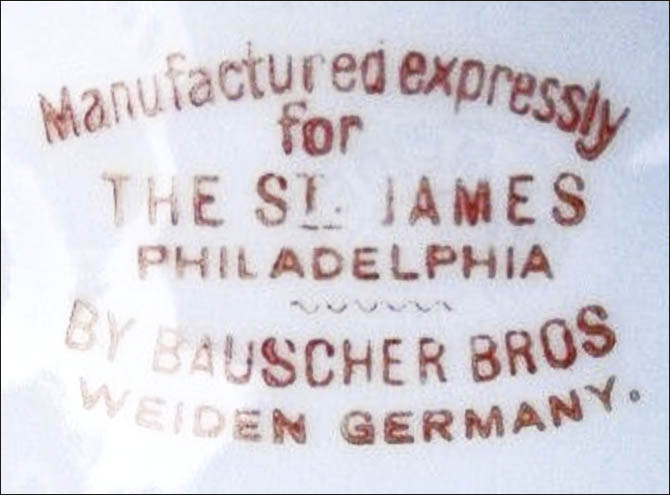 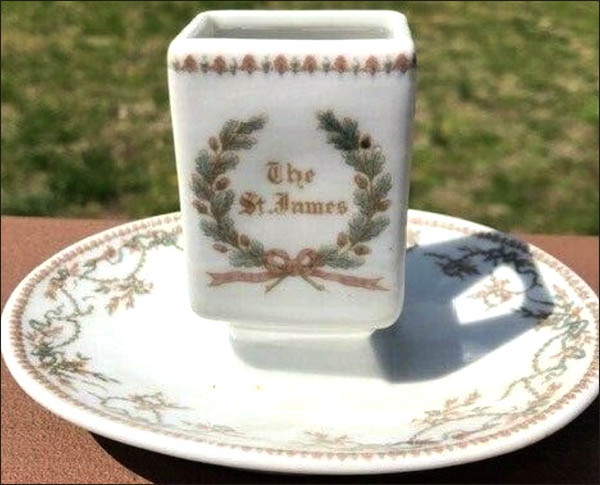 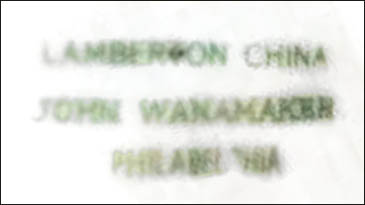 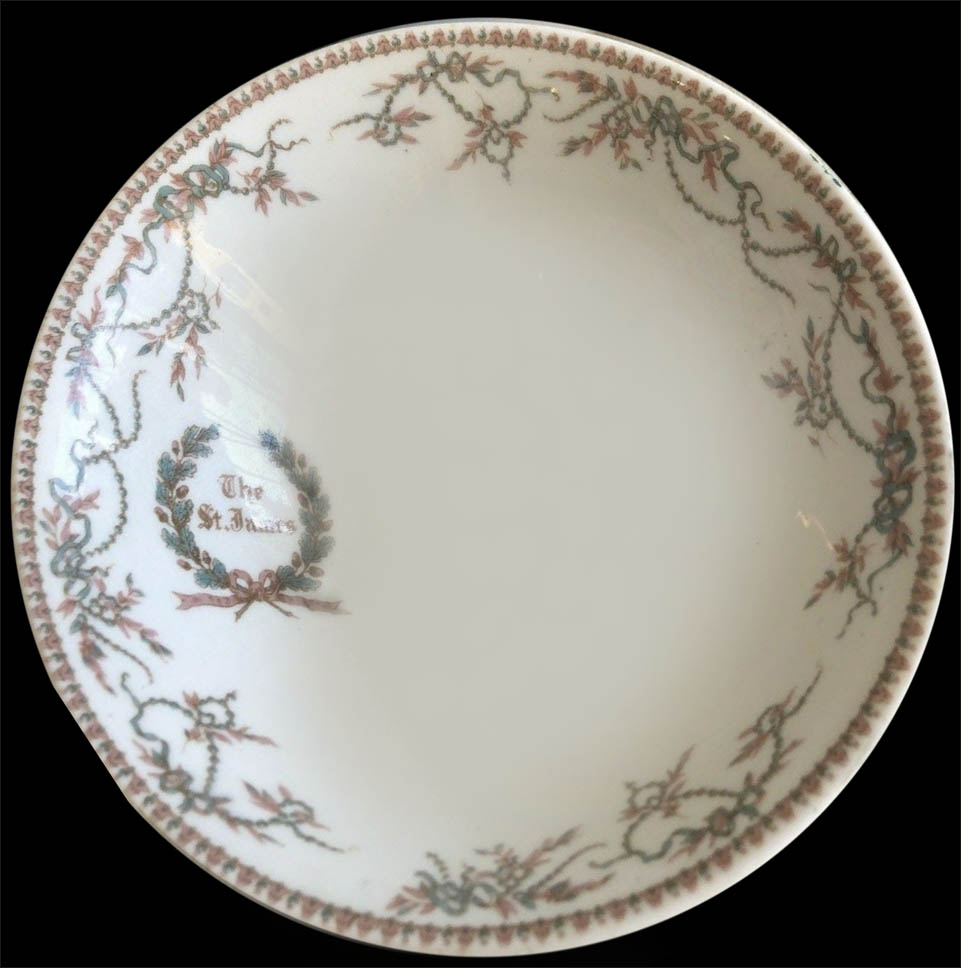 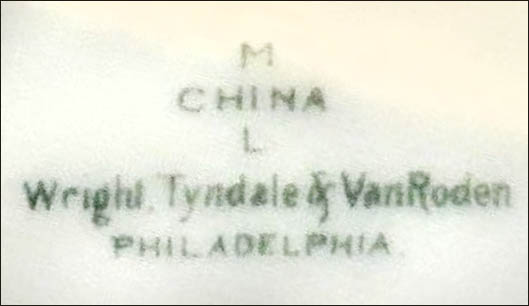 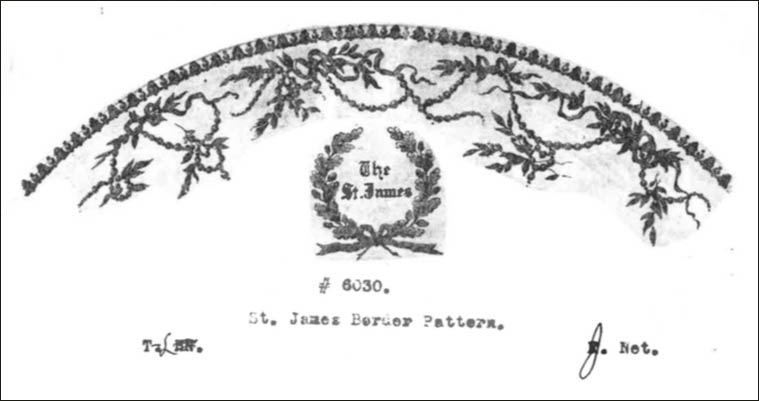 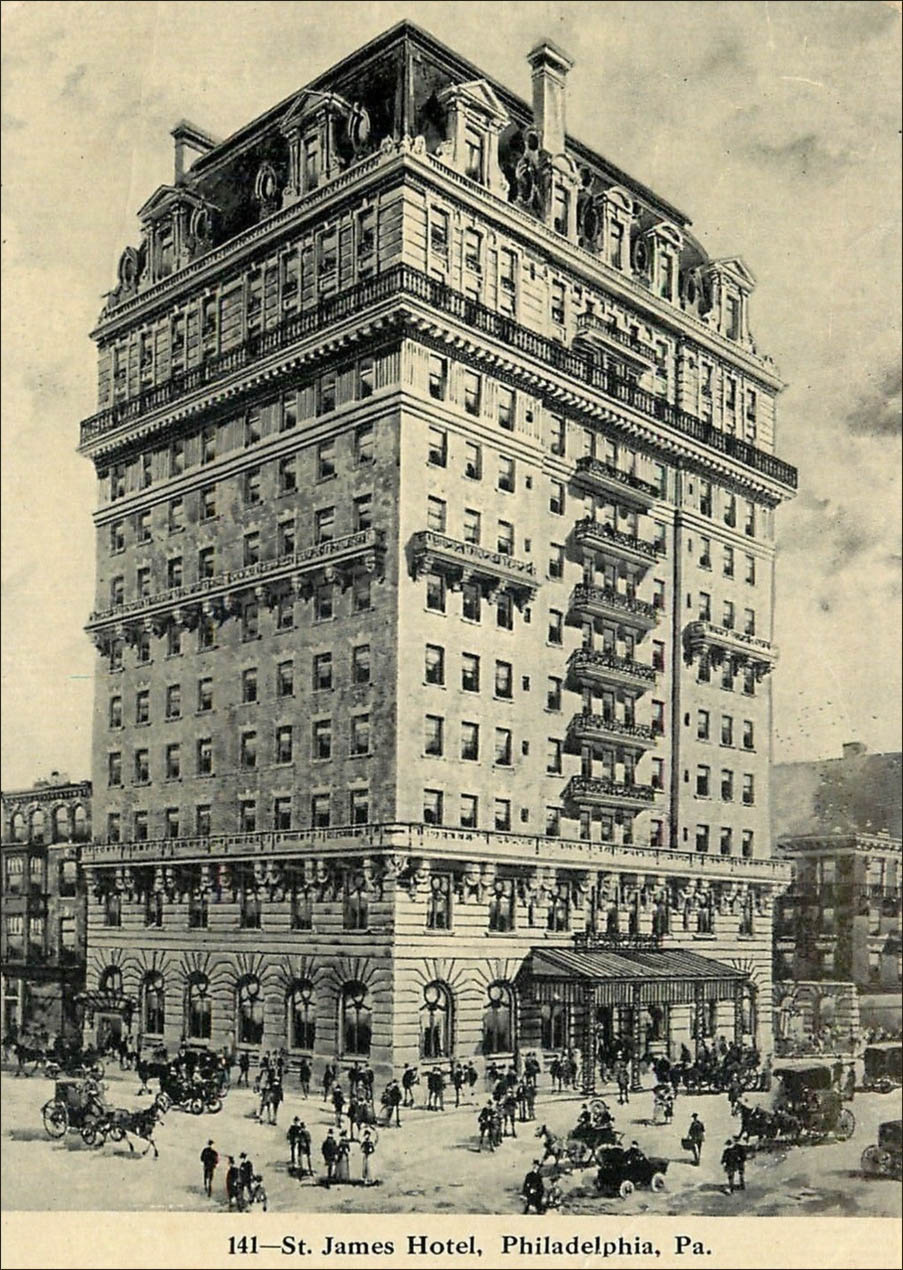 Notes: The 13-story St. James Hotel, on the corner of Walnut and 13th Street in Philadelphia, Pennsylvania, opened in 1901. An addition in 1904, doubled its size and an annex was built in 1909. By 1919, the St. James contained 314 sleeping rooms, with 231 private baths and 35 rooms with running water. The dining room was on the first floor. It was sold at a receiver's sale in 1919. Louis H. Cahan bought it in 1925 and made major renovations. By 1957, it was part of the American Hotels Company chain. Around 1984, the St. James was converted to apartments and renamed Walnut Square Apartments.

Maddock of Trenton and Bauscher of Germany made china for the hotel which is crested "The St. James" in red Old English-style lettering within a wreath of oak leaves and acorns tied with a red bow.  There are minor differences between the crests made by these two companies, with Bauscher's having different shading on the oak leaves.  On some pieces the wreath logo is located at the 9 o'clock position. The red and green decal border is composed of flowers, ribbons, and bellflower swags.  It is shown in the Maddock pattern sample book as "#6030 St. James Border Pattern."