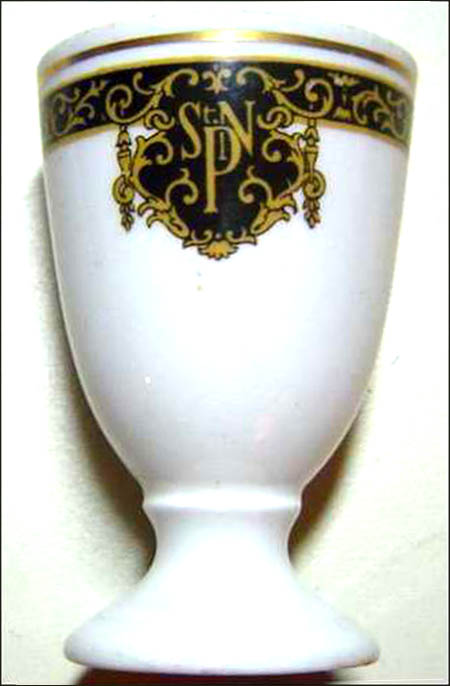 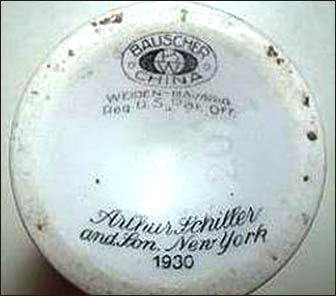 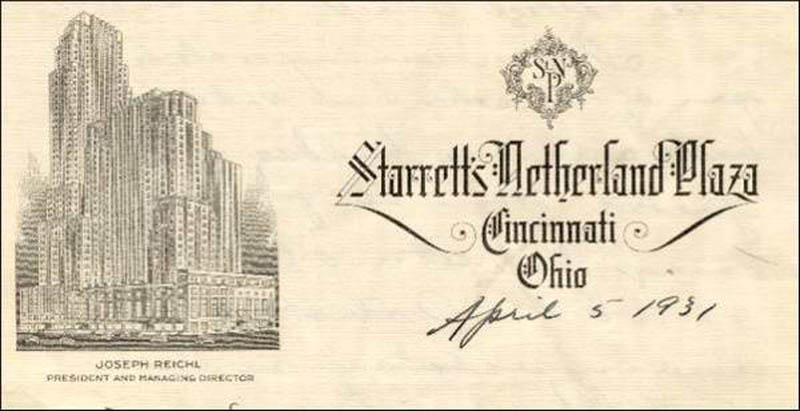 Notes: This 800-room hotel was constructed as part of the Carew Tower complex in Cincinnati, Ohio and opened for business on January 28, 1931. It was originally to be named St. Nicholas Plaza, after a hotel that previously stood on the site. A lawsuit was filed by the Hotel Sinton against Starrett Investment Company, owner of the new hotel, claiming rights to the St. Nicholas name.

Since monogrammed items such as this one had already been ordered, Starrett renamed the hotel Netherland Plaza after operating it without a name for its first month in business; the idea being that the "St. N. P." monogram would stand for "Starrett's Netherland Plaza". However, according to Cincinnati: A Guide to the Queen City and Its Neighbors (Federal Writers' Project, 1943), it appears that the original monogrammed items were soon discarded and replaced with ones bearing the more familiar "N.P." monogram (see the Netherland Plaza Hotel creamer manufactured by Scammell China).

The St. Nicholas Plaza was opened with seven restaurants and twenty-six private dining rooms. As of 2008, it was known as the Hilton Cincinnati Netherland Plaza and a National Historic Landmark.

ID and photos contributed by dmcgrann