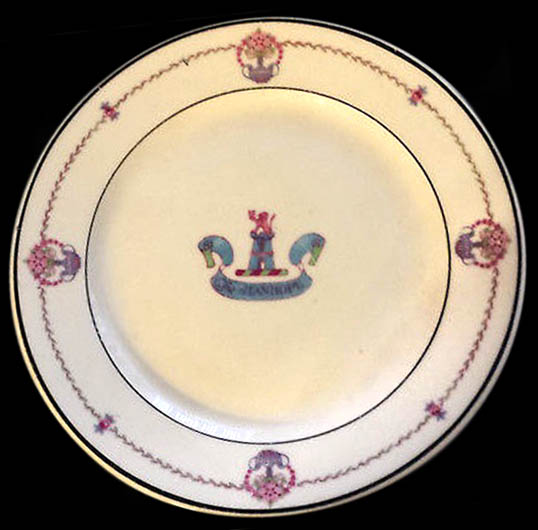 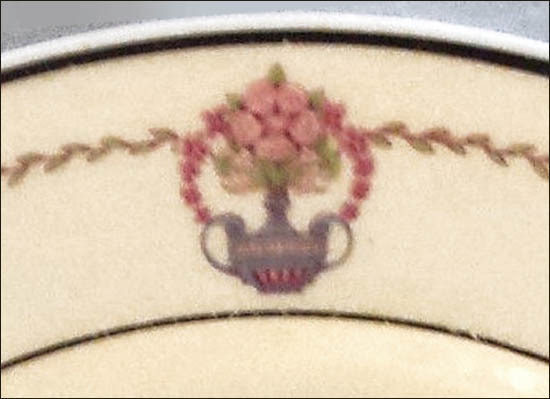 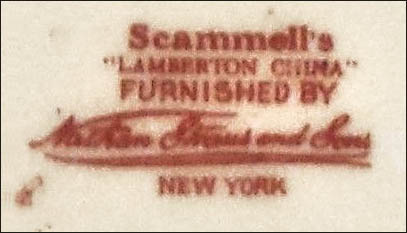 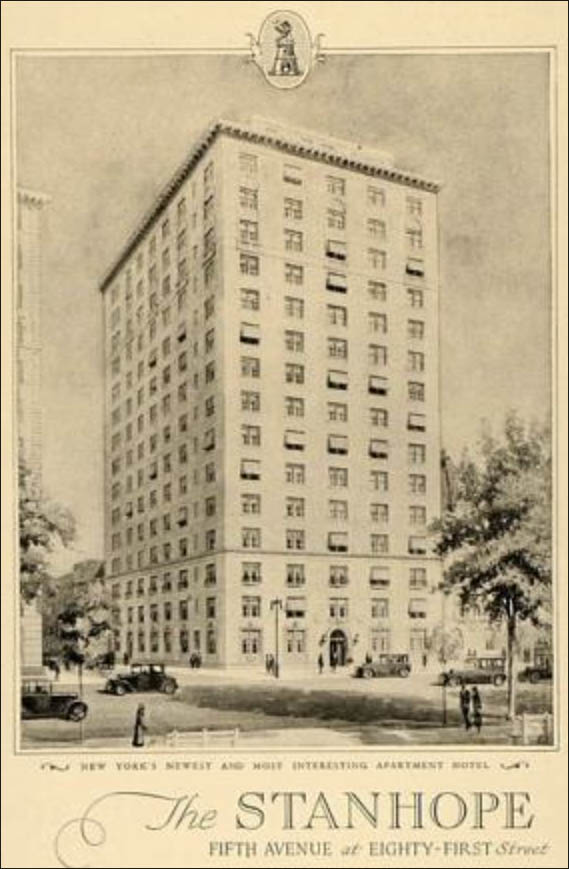 Notes: The Hopestand Realty Company built the 15-story Stanhope Hotel on the corner of 5th Avenue and 81st Street in New York City. When it opened in August 1926, it contained about 400 rooms that included single and multi-room apartments. The dining room was originally called the Rembrandt Room.  From around 1984, until 1990, it was renamed American Stanhope. In 2005, it was converted into 28 luxury co-op apartments and renamed 995 Fifth Avenue.

Scammell produced Lamberton China plates that are crested with a seated lion atop a castle tower, atop a torse ribbon bar. "The STANHOPE" is in a blue banner curved below the lion and tower. The border decal is composed of a series of urns containing pink flowers and single flowers that are connected with a band of tiny leaves. (This decal border was used by at least one other hotel.) There is a black line at the rim and a black pin line at the verge. Nathan Straus and Sons was the distributor.