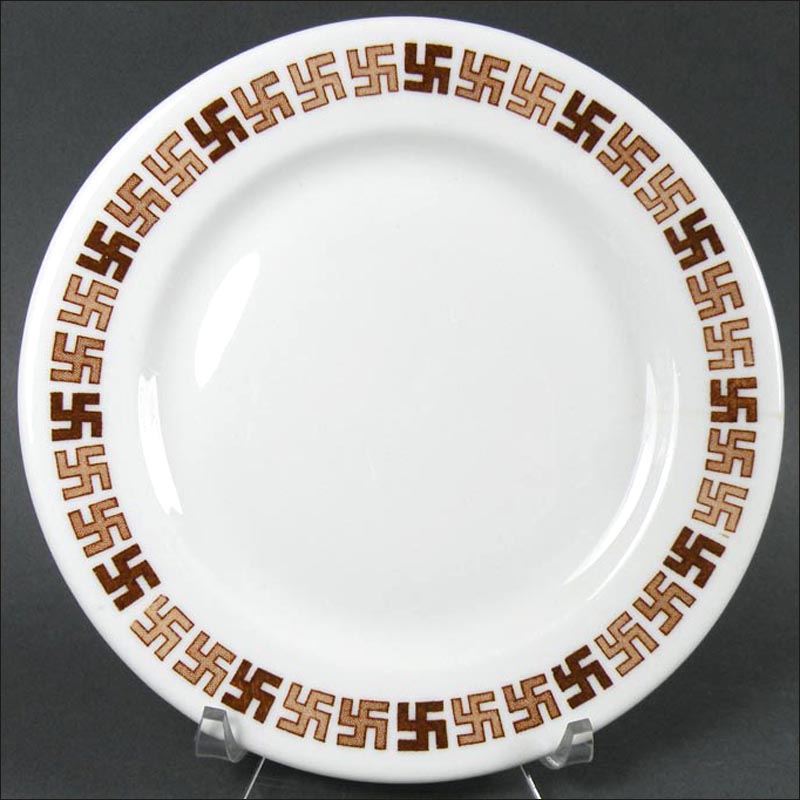 Notes: This design is shown by this name and spelling in a Syracuse underglazed catalog as one color option among many. Here it is depicted in a series of swastikas in three different shades of brown, from medium to dark. (Swastikas before World War II were regarded worldwide as a symbol of good luck and success.)