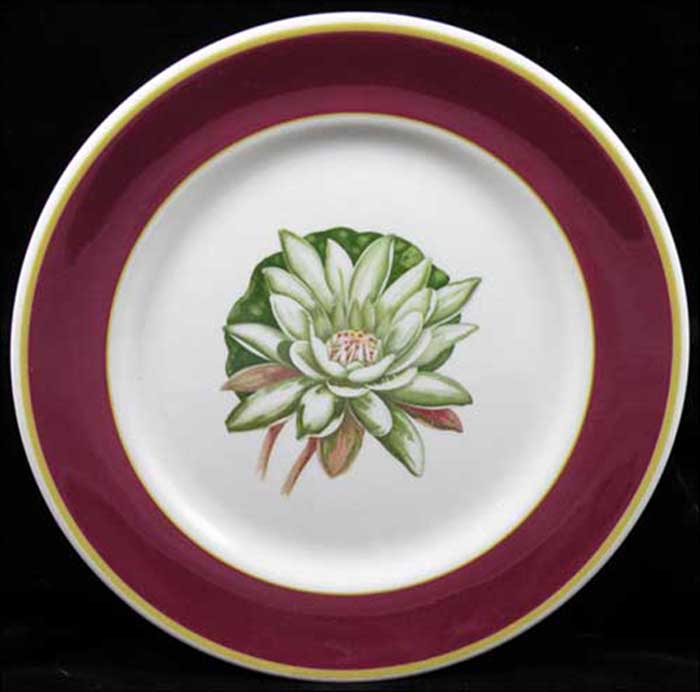 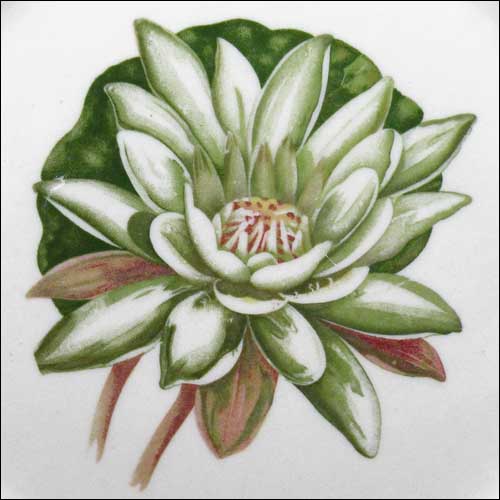 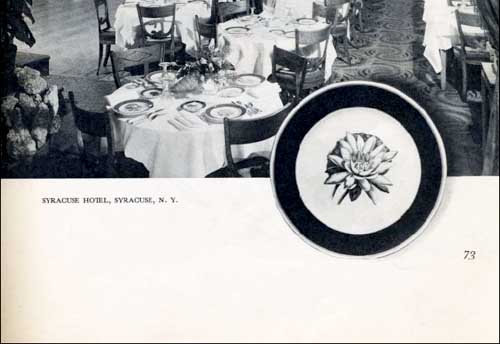 Notes: The Syracuse Hotel, at 500 S. Warren Street in Syracuse, N.Y., has 12 floors and opened with 600 rooms in 1924. It eventually became known as the Hotel Syracuse Radisson Plaza and closed in 2004. It was scheduled for renovation and may have reopened for a time but does not appear to be in business in 2011.

As of 2015, according to Syracuse.com, plans are under way for the hotel to reopen "in 2016 after a $57 million renovation" as the Marriott Downtown Syracuse.

This pattern has been identified by a former Syracuse China historian, as well as by Larry Paul, noted historian, as having been made exclusively for the Syracuse Hotel. The pattern can also be seen in the Syracuse catalog, Seventy-five Years of American Craftsmanship.

A water lily – or lotus – is in the center of the plate surrounded by a wide burgundy or dark red band on the border and with a thin non-metallic gold line next to it on the rim.