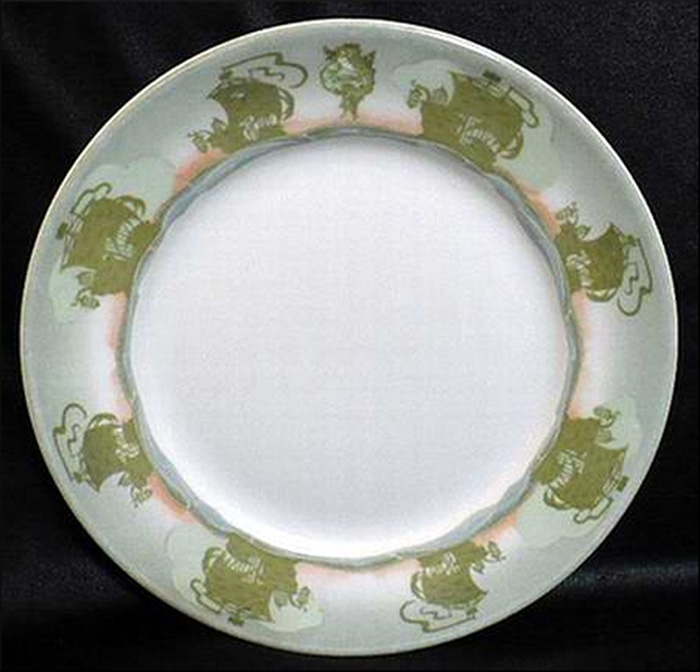 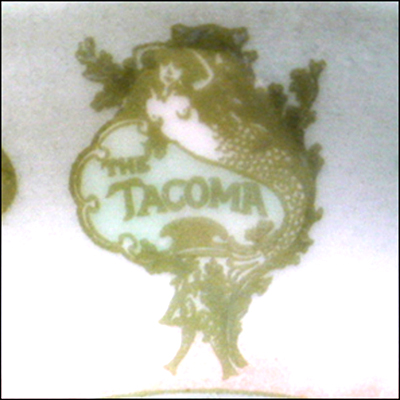 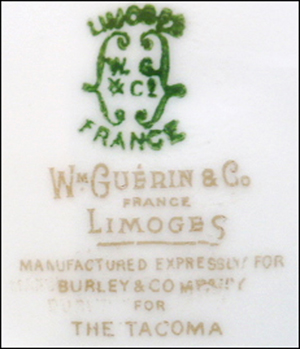 Like too many wild animals introduced to domesticity, Jack met a sad fate. He went off on a bender one night and left the grounds, headed down 9th Street toward Pacific Avenue, a busy part of town. It took a couple of shots from the local police to subdue poor Jack, and while his wounds weren't fatal, the damage to his personality by the night's events was permanent. He was later euthanized.

Click here and here to view early historical images of the Tacoma Hotel.

White body with a wide rim border of sailing mast ships in dark green, set against a soft, gray-green background and blush-colored slivers of a sunset or sunrise. Topmarked with a dark green & white mermaid lounging on a sign that says, The Tacoma.

For related info:
Tacoma, The by Iroqouis China and Syracuse China