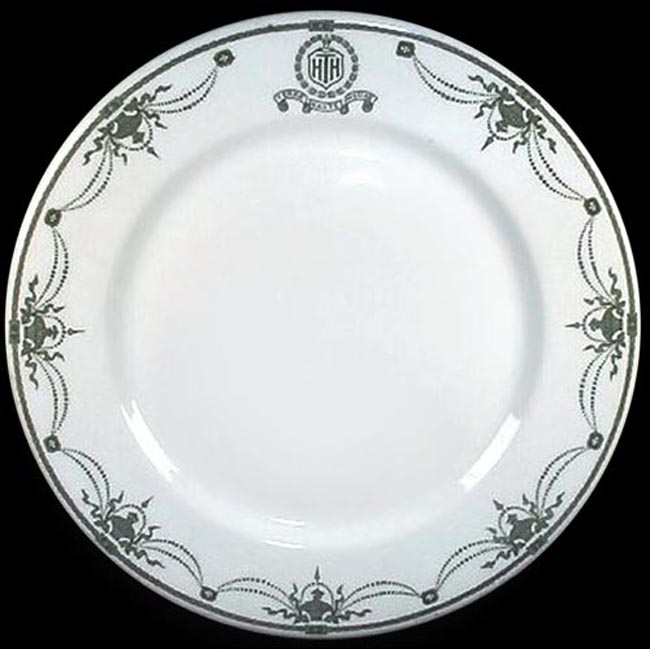 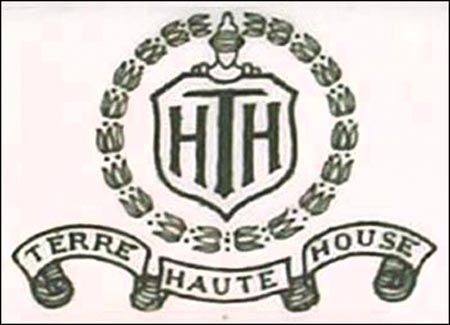 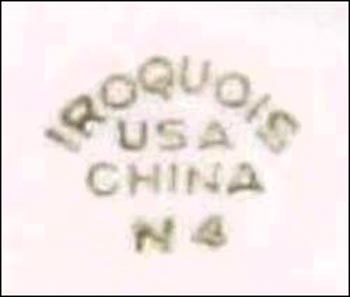 Click here for more information about the Terre Haute House. The hotel closed in 1970, with many attempts to revive it. It was torn down in 2006. The Hilton Garden Inn, a six-story 105 room hotel, now sits on the site.

White body, green wreath with crest with HTH inside topped with a knight's helmet, banner below reading Terre Haute House. Rim design of swags and urns.