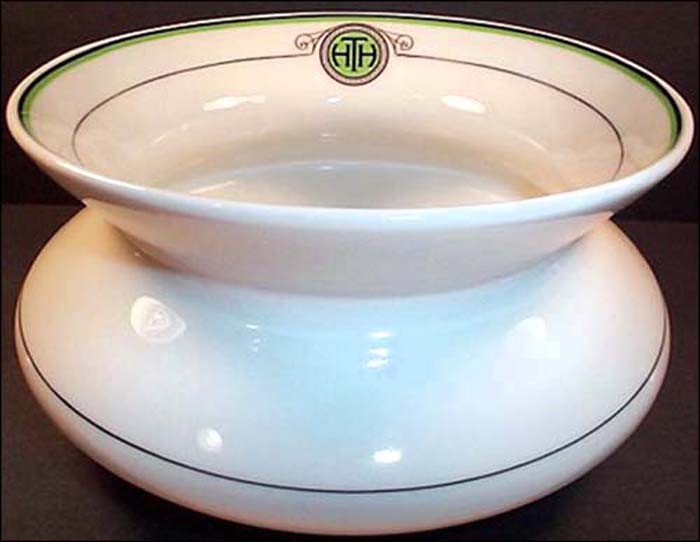 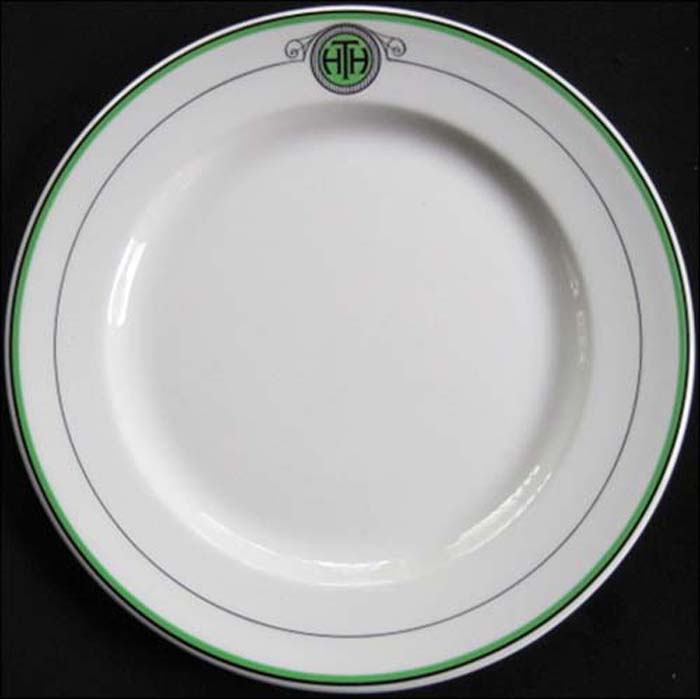 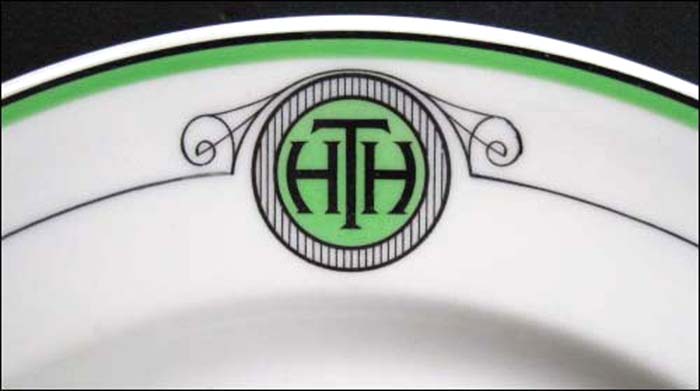 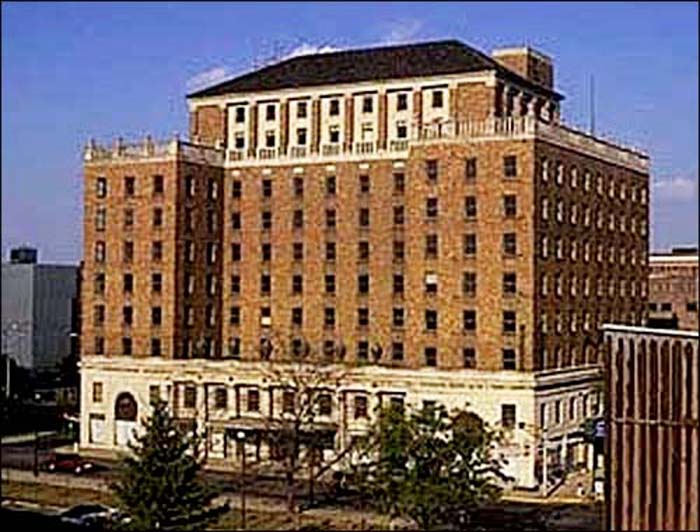 Click here for more information about the Terre Haute House. The hotel closed in 1970, with many attempts to revive it. It was torn down in 2006.

White body with a logo of black and green with an HTH in a circle.