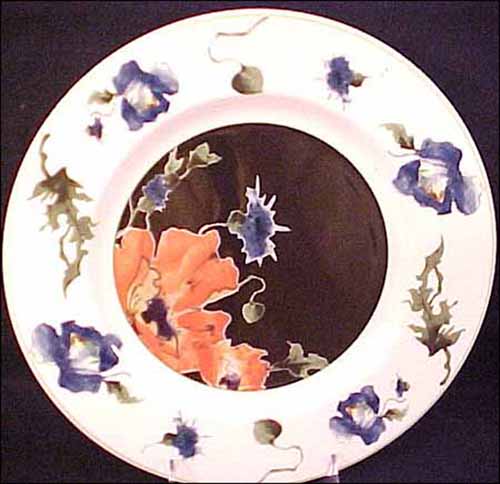 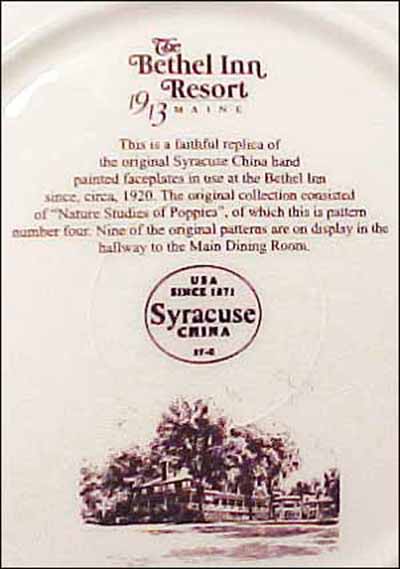 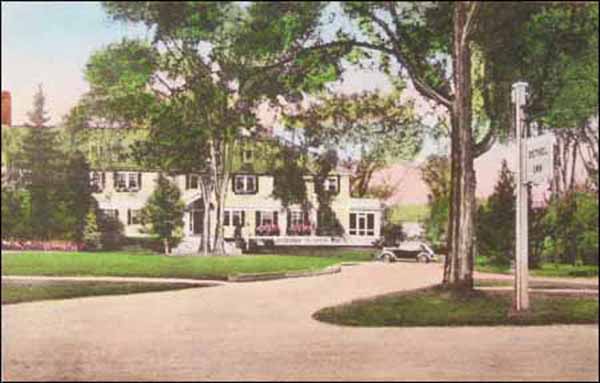 Notes: The Bethel Inn opened in 1913 and this Nature Study Poppy service plate pattern has been used at the Inn since the early 1920s. The two-story, 68-room inn is located on The Green in Bethel, Maine. With its white shutters and wrap-around porches, the inn has all the amenities one would want in a four-season resort. As one enters the dining room, nine of the original patterns are on display.

White body with fine pale green line around the rim, blue flowers and two-toned green leaves. The well of the plate is black with a large, orange poppy flower to one side with what appears to be blue thistle.