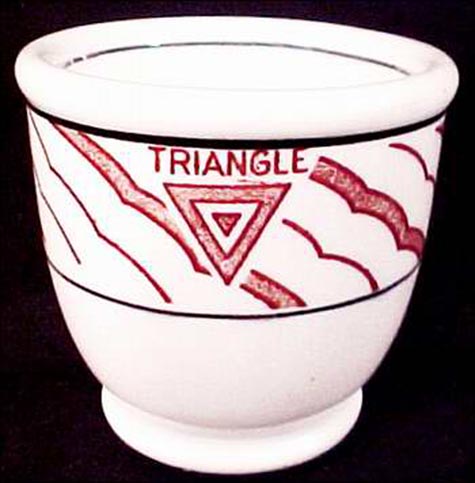 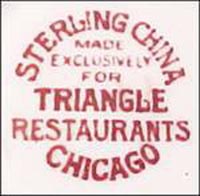 Notes: From the book, Dining in Chicago, by John Drury, Copyright 1931:

"D. L. Toffenetti built a chain of 6 Triangle Restaurants in the Loop of Chicago within the last 10 years, with the present 57 West Randolph Street House as the latest and most up-to-date of the six.

The Triangle, which started as a little restaurant at the triangular corner (this is the origin of its name) of Broadway, Sheridan Road, and Montrose Avenue, in the uptown district, over 15 years ago, has become as much a institution in Chicago as is Marshall Field & Company."