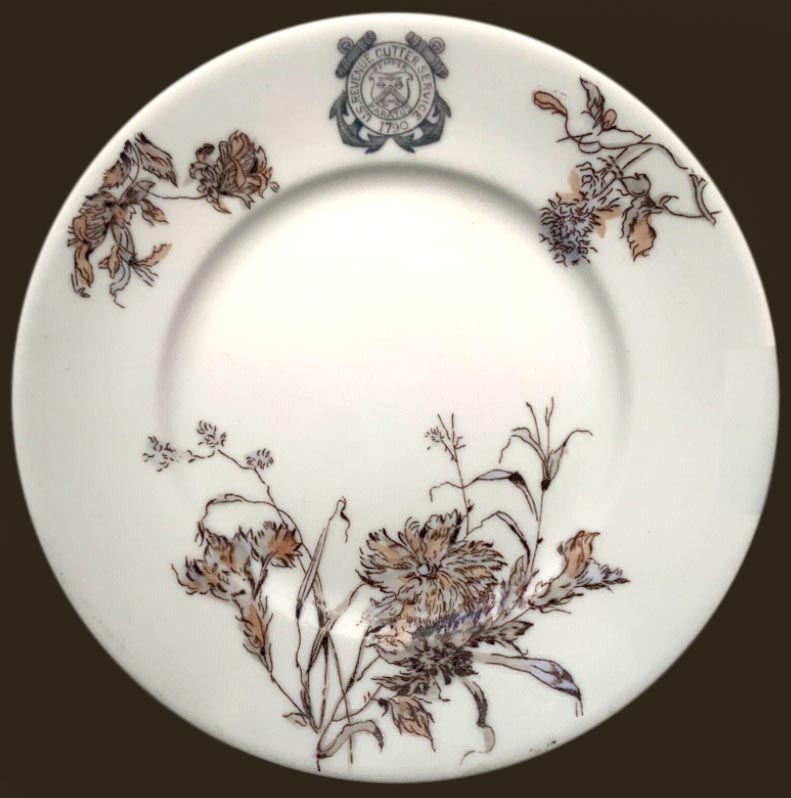 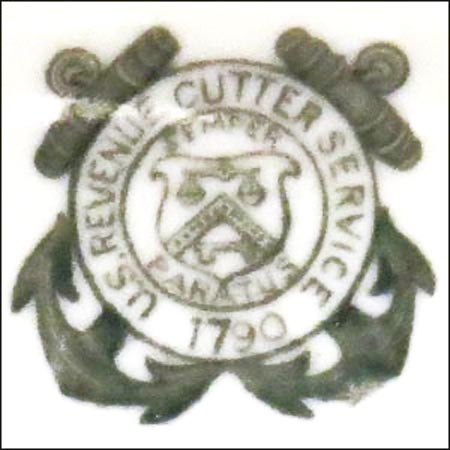 Notes: Notes: The Coast Guard Museum Northwest in Seattle, Wash., displays this pattern, which was used at various locations. It is crested with a shield containing a chevron and "Semper Paratus" within a circle band containing "U. S. Revenue Cutter Service 1790." Crossed anchors are behind a circle. Some pieces are crested in brown, and some in a gray transfer. Border design of flower, leaf and vine spray brown transfers are hand tinted in pink and green.

Some pieces contain Z, K or KK in the backstamp. Included in this china service, which was used in ships' wardrooms, are covered, footed tureens with handles, bone dishes, soup plates, oval bowls, and demitasse cups.

Source of information is the Coast Guard Museum Northwest and Kenrick A. Claflin & Son Nautical Antiques.