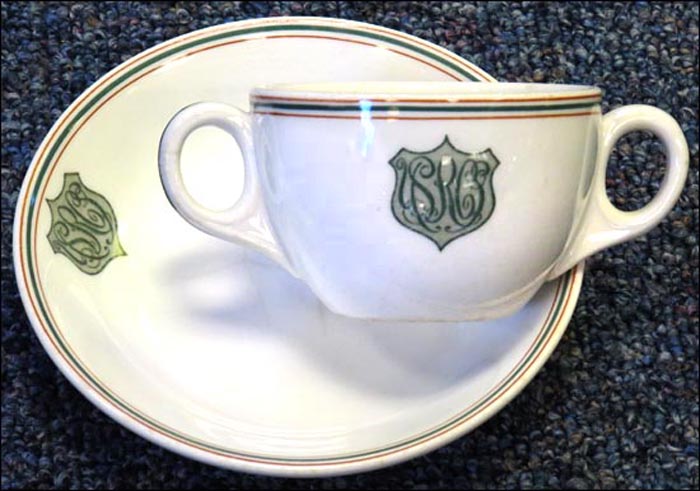 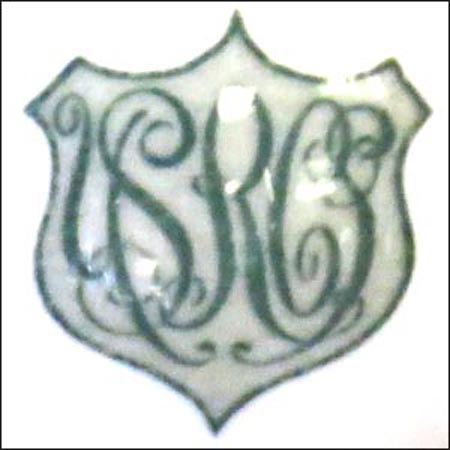 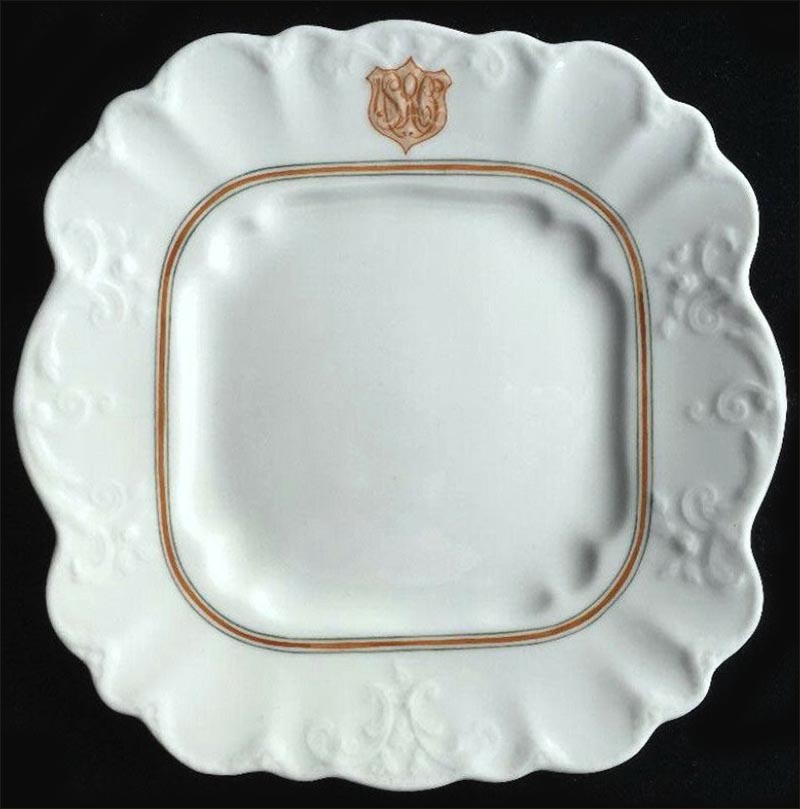 Notes: The Coast Guard Museum Northwest in Seattle, Wash., displays this pattern, which was used at various locations, likely in ships' wardrooms. It is crested with a curve-sided shield containing in upper case, the script "USRCS" monogram. This pattern was produced in two color variations of the transfer design – a light gray green background with darker letters and a light red orange background with darker letters.

This china was produced before 1915 when the Revenue Service became the Coast Guard, which changed the initials in the shield to USCG. Celery trays and two-handled bouillon cups and saucers are included in this china service.
Source of information is the Coast Guard Museum Northwest.