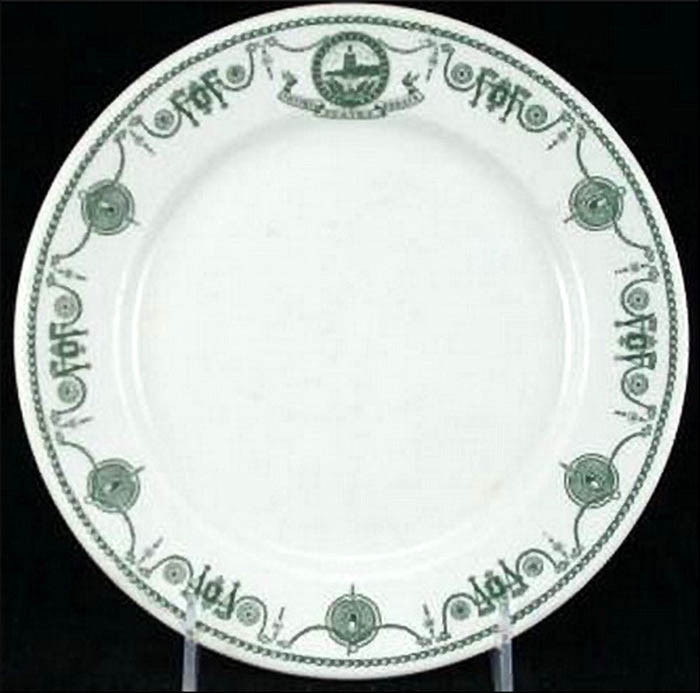 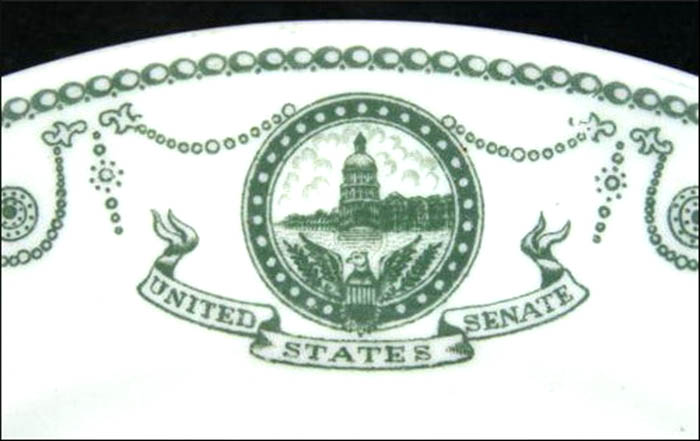 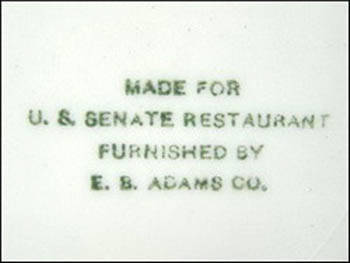 White body with green border of ornaments, swags and cartouches. The topmark features the Capitol building in Washington D.C. encircled by a band of stars with a spread-winged eagle, laurel leaves and shield breaking the band, and a ribbon banner with the words United States Senate beneath.