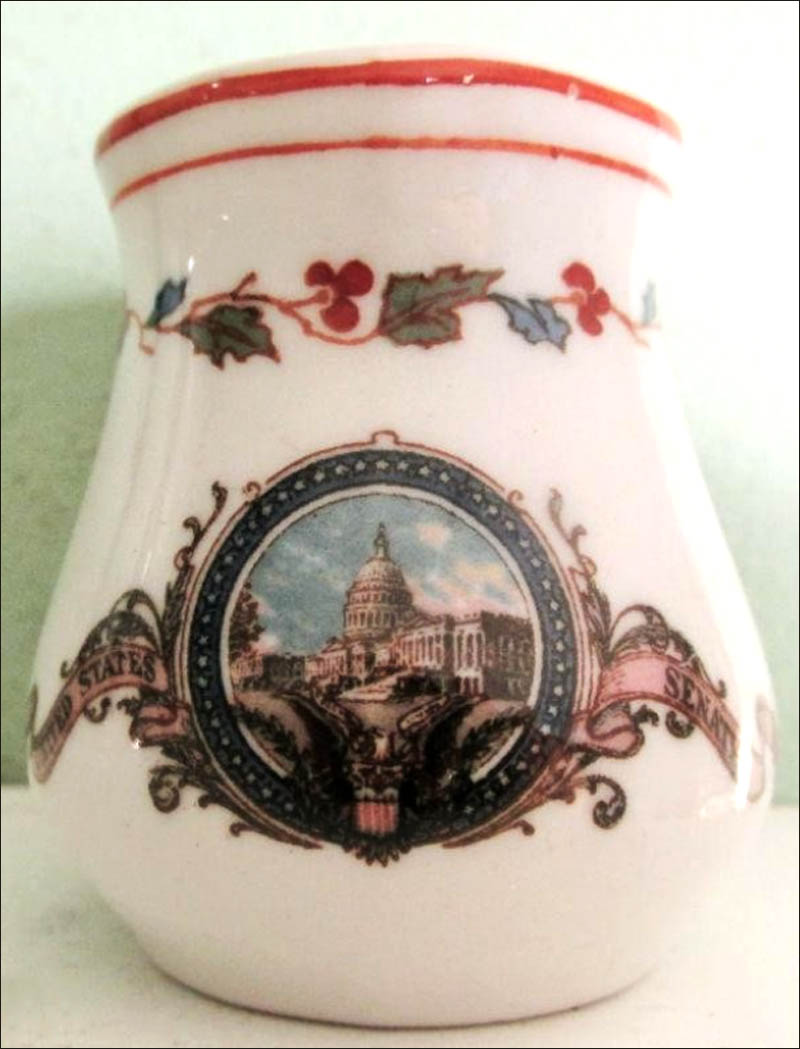 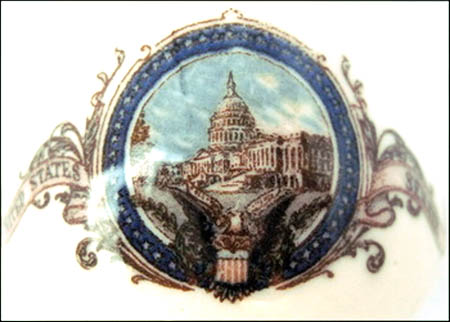 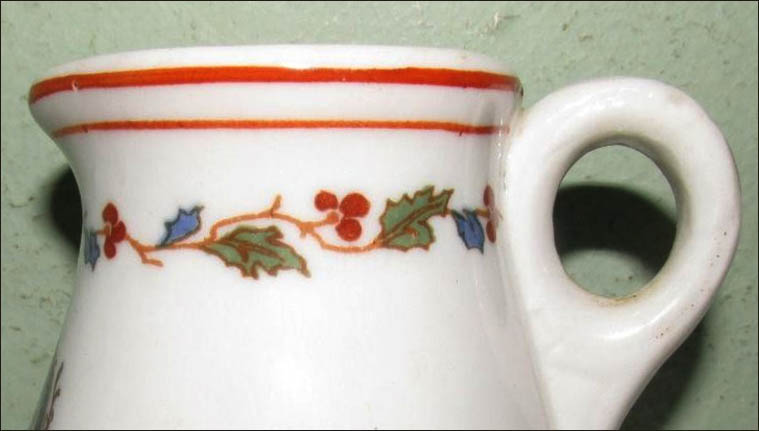 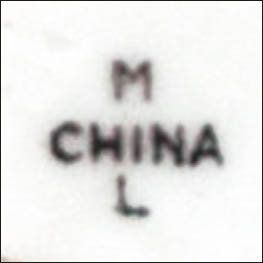 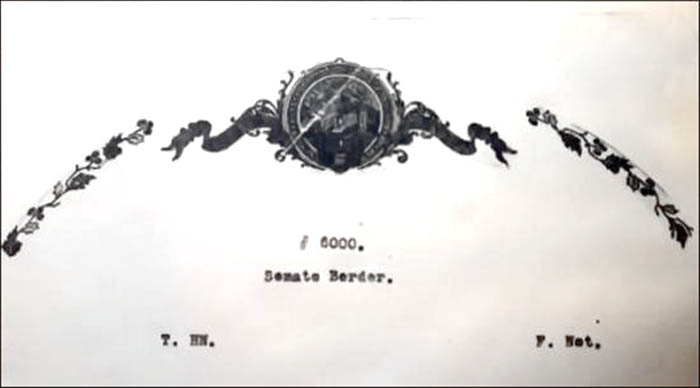 Notes: According to Museum Specialist Richard Doerner in the Office of Senate Curator, U.S. Capital Building, Washington, D.C., this pattern was used in the U.S. Senate Restaurant located in the Capitol Building.

This pattern was produced by several manufacturers, including Warwick, Maddock and Scammell. Click here to view an Office of Senate Curator listing of a creamer produced by Warwick China, circa 1912-1920, distributed by the E.B. Adams Company. Scammell China produced this pattern on a Trenton body circa 1924-1954, distributed by The Stern Company.

Lamberton white body with multicolored Senate Border, featuring a medium and fine brown line on the edge and a leaf/berry garland in green, blue and brown. Topmark shows the Capitol building in Washington D.C. encircled by a blue band of white stars with a spread-winged eagle, laurel leaves and shield breaking the band, flanked by a ribbon banner with the words United States Senate.