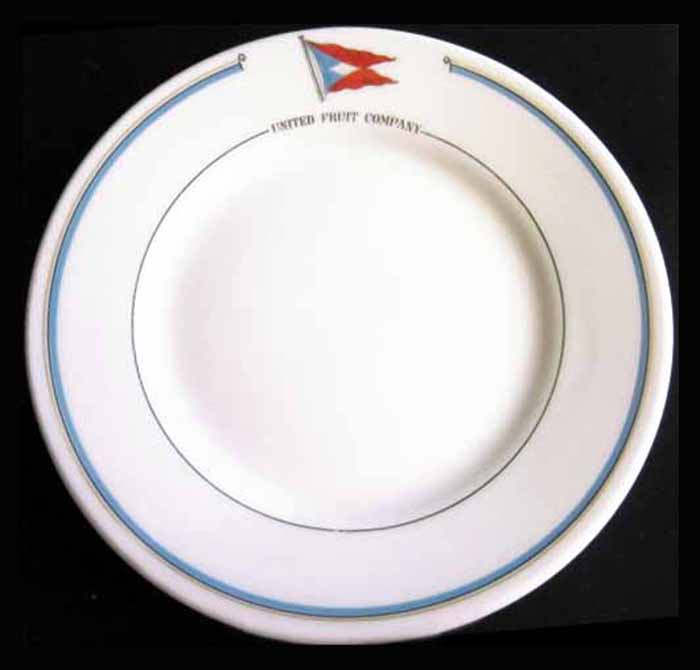 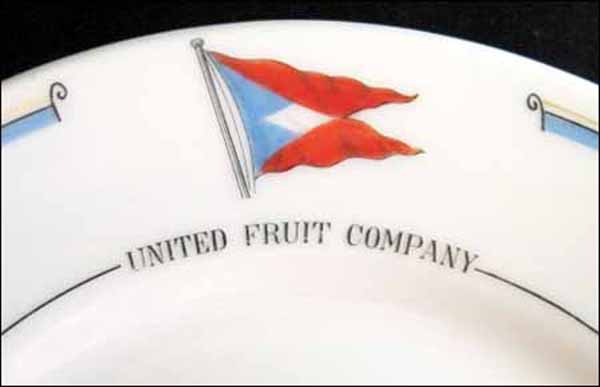 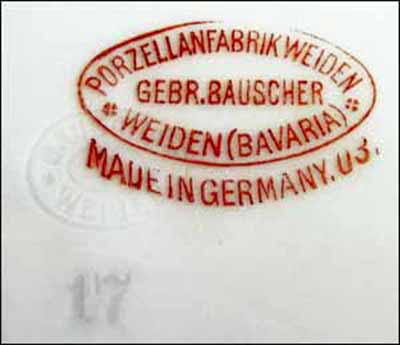 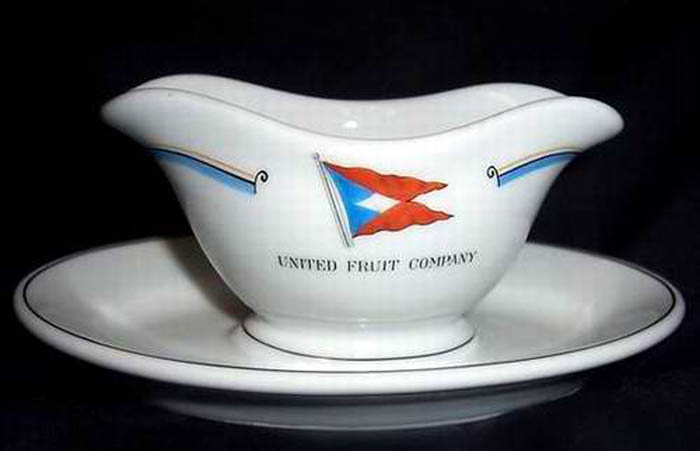 Notes: From the wikipedia: "The United Fruit Company was a United States corporation that traded in tropical fruit (primarily bananas, peaches and plums) grown on Third World plantations and sold in the United States and Europe. The company was formed in 1899 from the merger of Minor C. Keith's banana-trading concerns with Andrew W. Preston's Boston Fruit Company."

The company was headquartered in New Orleans, and as of 1984, the United Fruit Company had been merged twice to become part of Chiquita Brands International.

White bodied plate with a fine coin gold line, a black line, and a wider blue line, ending in curlicues and broken by a blue and red swallowtail pennant with a white diamond in the center on rim. Black line on verge broken by UNITED FRUIT COMPANY.