Notes: The 200-room, 14-story Hotel Utica opened on March 11, 1912 in Utica, N.Y. The Renaissance Revival-style hotel "provides striking views of the Mohawk Valley and its interior boasts rich mahogany woodwork and ornate public spaces." It closed in the early 1970s for 30 years and reopened in 2001 after a two-year restoration. 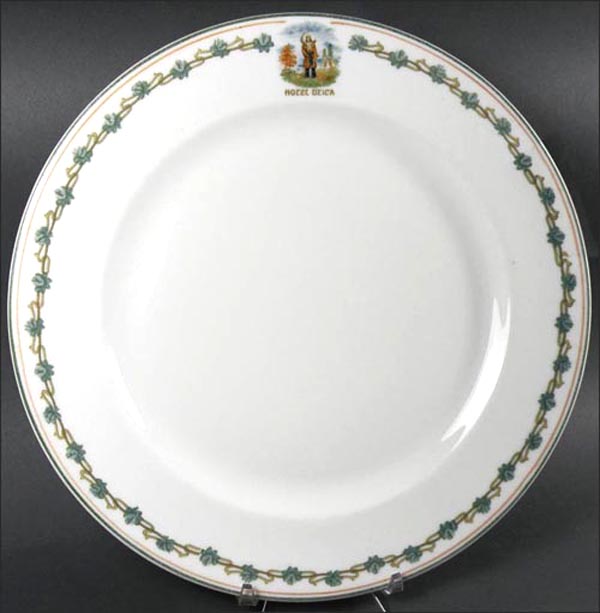 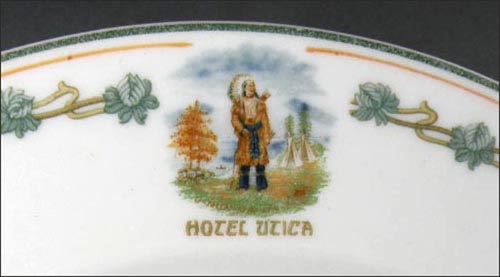 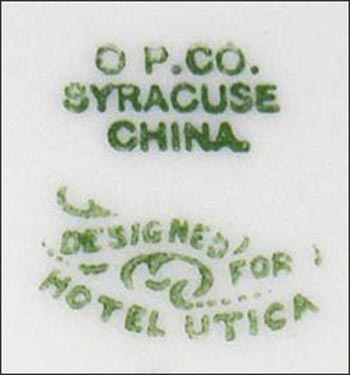 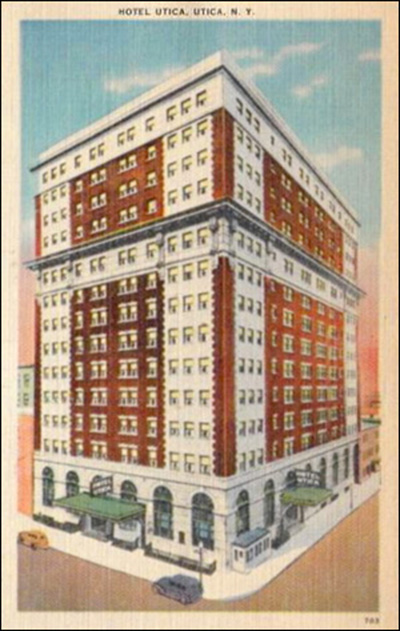 The hotel crest with Native American Indian in headdress with tipis or teepees in the background has Hotel Utica underneath it and intersects a border of green and brown cabbage or artichokes — or possibly water lily or water lilies — with a single green line and a single rust red line.

The pattern is found in a binder of Syracuse underglazed patterns, with no lines and two lines. It was copyrighted August 1922 and designed by Augustus J. Koch.