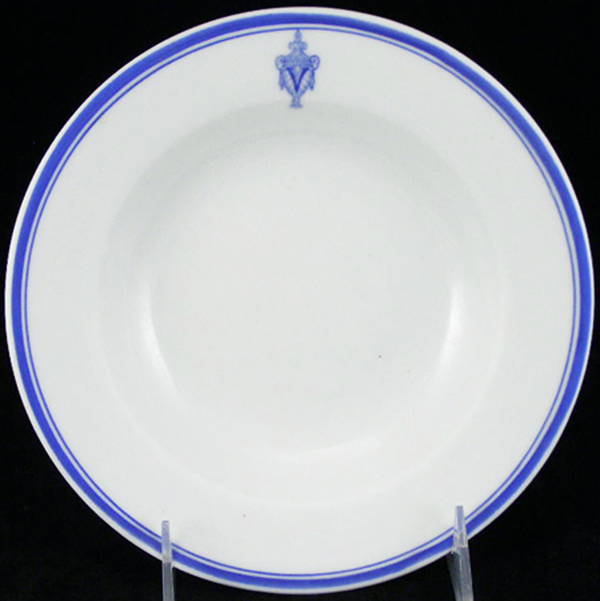 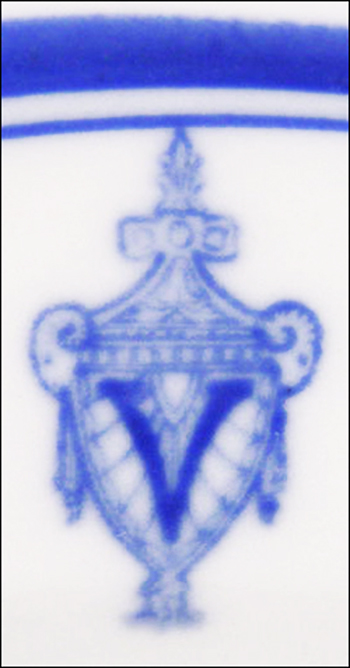 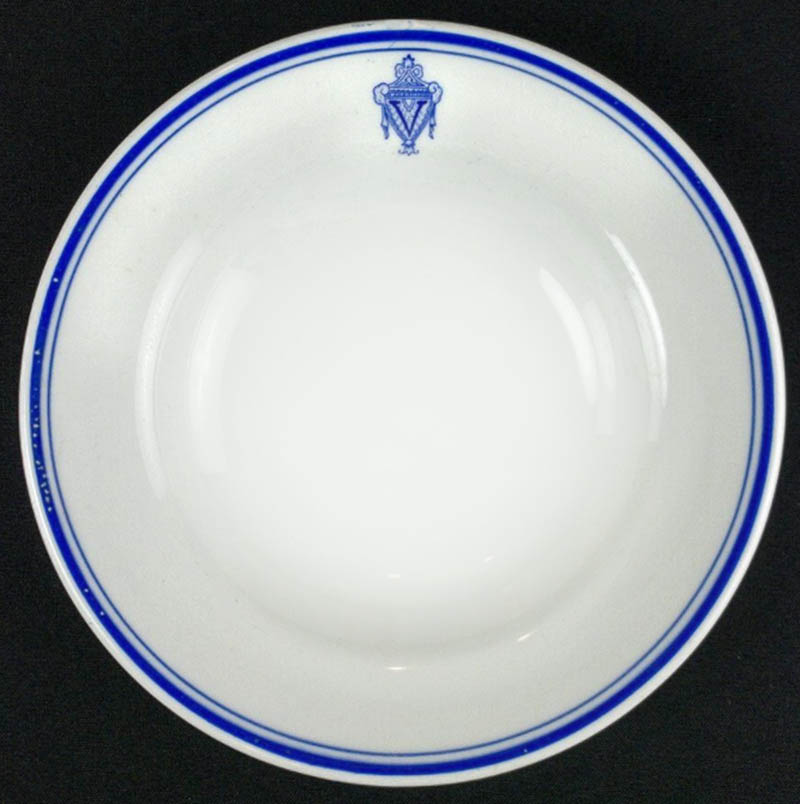 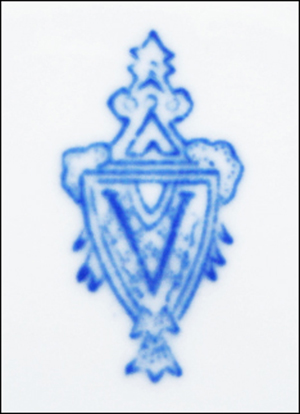 The Vanderbilt Hotel Crest on a silver butter pat with backstamp 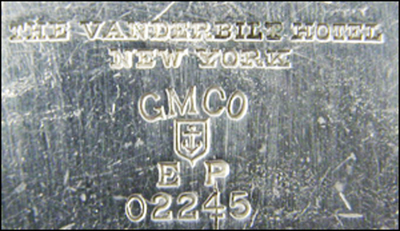 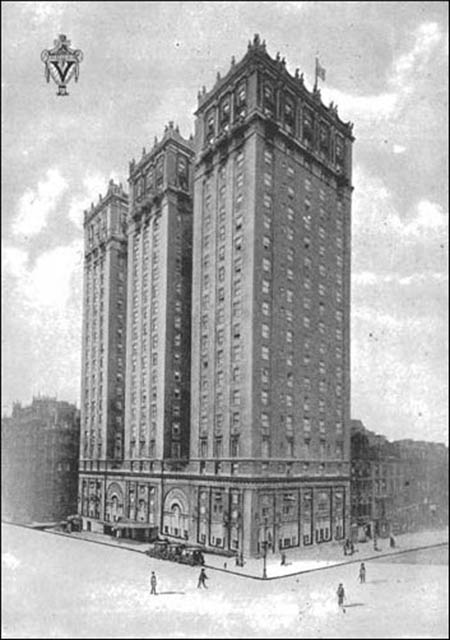 Notes: Alfred Gwynne Vanderbilt, the great-grandson of railroad magnate Commodore Cornelius Vanderbilt, built the Vanderbilt Hotel at 34th Street and Park Avenue in New York, NY in 1912. Heir to millions, Alfred Vanderbilt had grown up in the palatial family house at 57th Street and Fifth Avenue, where Bergdorf-Goodman now stands. He built his new hotel primarily for permanent residents, to accommodate a new generation of the rich who sought freedom from household cares — including himself. He took two floors at the top of the 22-story building. Enrico Caruso lived there in 1920 and 1921, his last U.S. home.

The architects Warren & Wetmore (co-designers of Grand Central Terminal, also built for the Vanderbilt family) designed one of the most widely admired buildings of the period: a slim, high rectangular mass of variegated steel-gray brick and cream-colored terra cotta.

The Vanderbilt heirs sold the building in 1925. It was purchased by the Manger Hotel chain in 1941 and was renamed the Manger-Vanderbilt and was one of the premier hotel properties of the Manger chain, which was a leading privately-owned national hotel chain at the time. It was the headquarters of the Manger chain from 1941-1965 when it was sold and converted to apartments on the upper floors, with offices on the lower six.

Scammell soup plate: Lamberton China white body with a blue band and thin blue line around the rim; topmarked with a blue letter "V" surrounded by a decorative crest.

Mayer soup plate:White body with a blue band and thin blue line around the rim; centermarked with a blue letter "V" surrounded by a decorative crest.