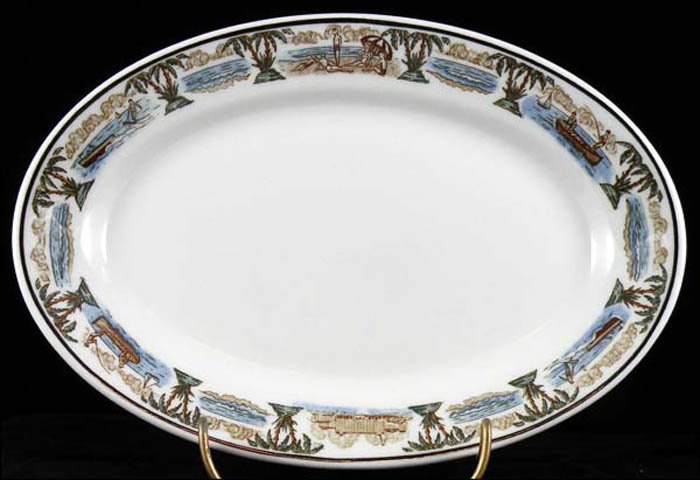 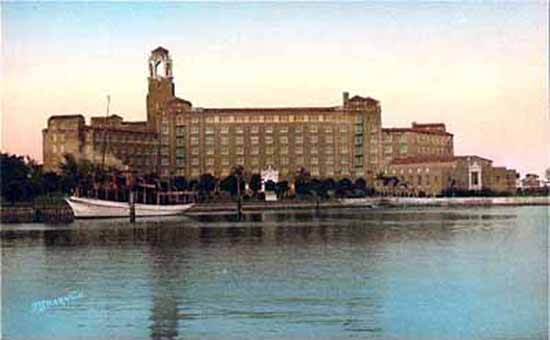 Notes: The Vinoy opened in 1925 and was considered to be a grand resort hotel in St. Petersburg, FL. It was taken over by the U.S. Army during World War II and closed in 1974. It was later purchased, extensively renovated and reopened in the 1990s as the Renaissance Vinoy Hotel.

The Vinoy Park Hotel used a wonderful custom pattern that features the 375-room hotel, along with colorful border scenes of boating, tanning, fishing, and golfing. Other pieces in this pattern have seagulls and a pier. This pattern was also manufactured by Syracuse, McNicol and Warwick China.