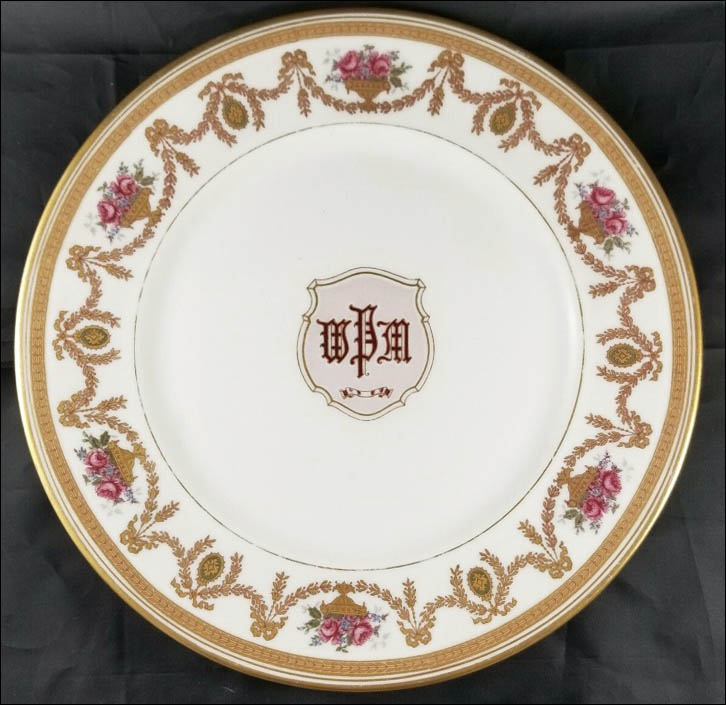 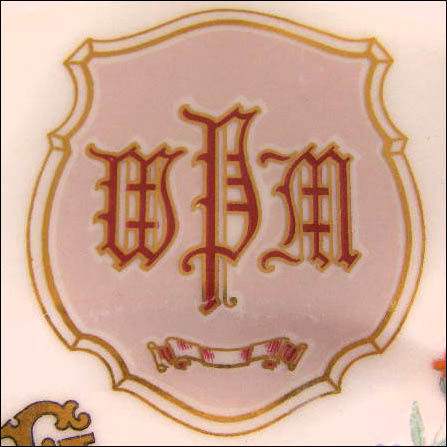 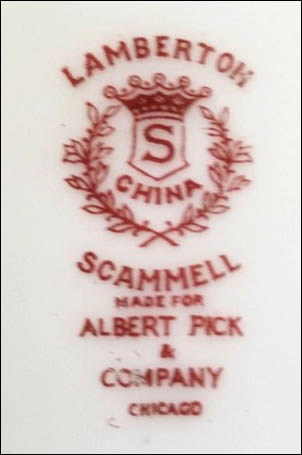 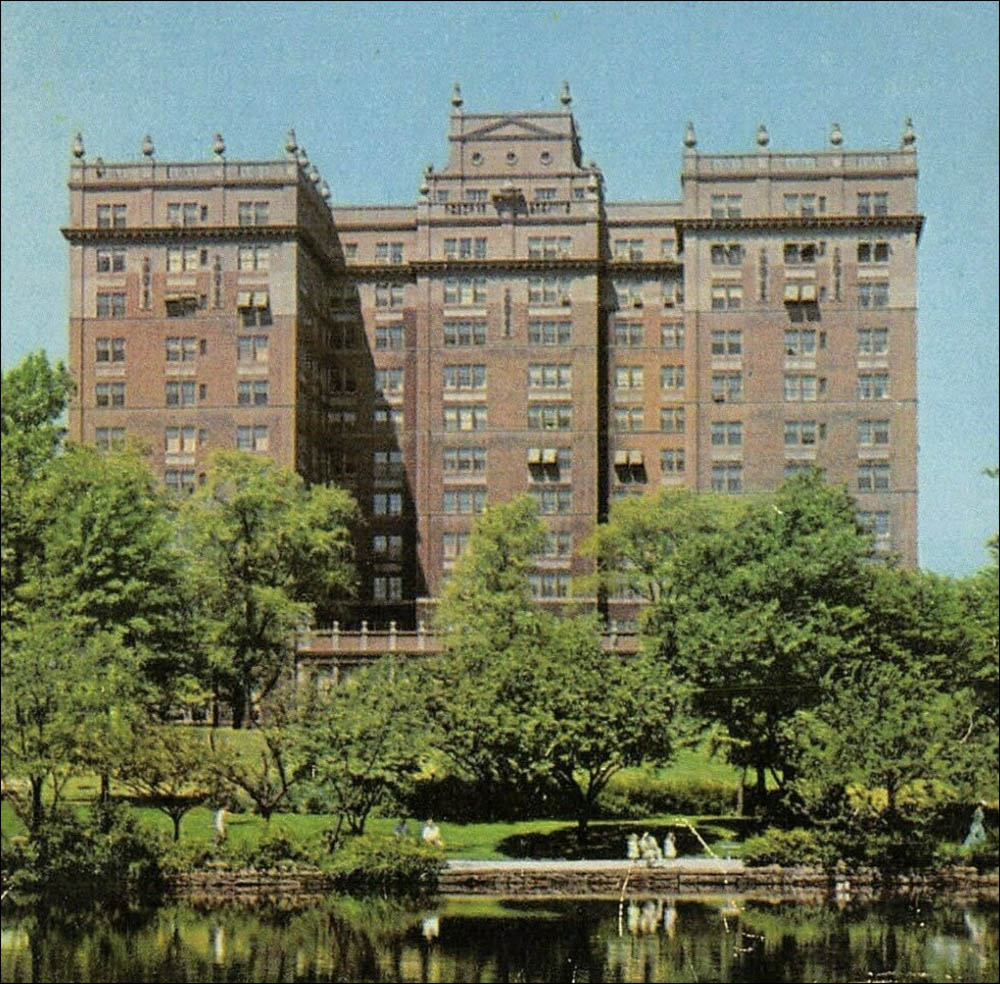 Scammell produced a Lamberton China service plate for Wade Park Manor that is crested in the center of the well with "WPM" in Old English-style letters, within a  curved shield frame. The border design is composed of swags, flower vases, and ovals below a coin gold bellflower rim band. Albert Pick & Company, which was the original furnisher for the hotel, supplied these plates. A Scammell sample plate contains an example of this crest with the letters in red. This may have been another china service that they made for the hotel.