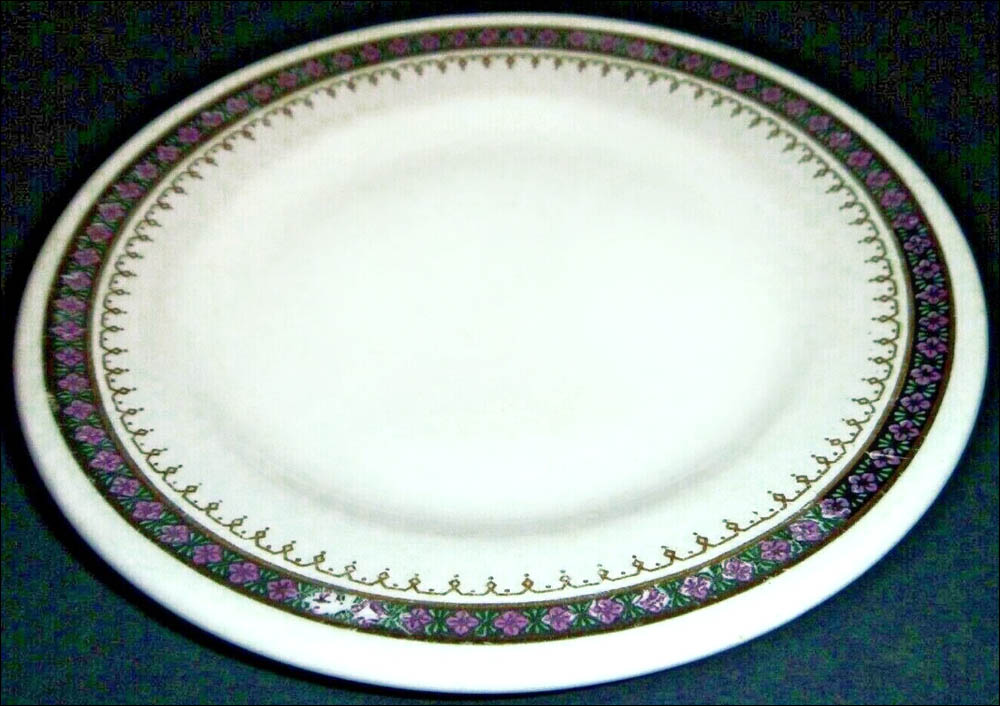 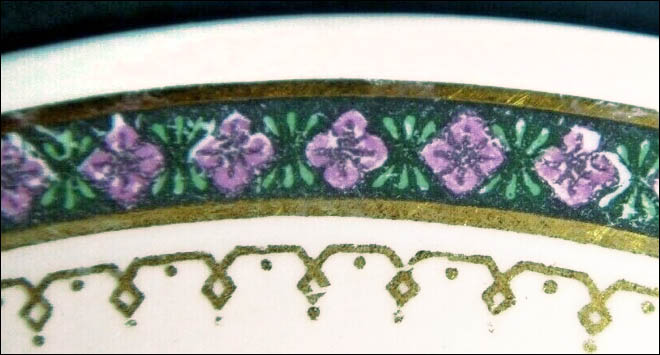 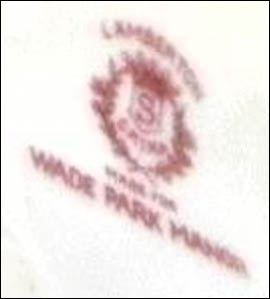 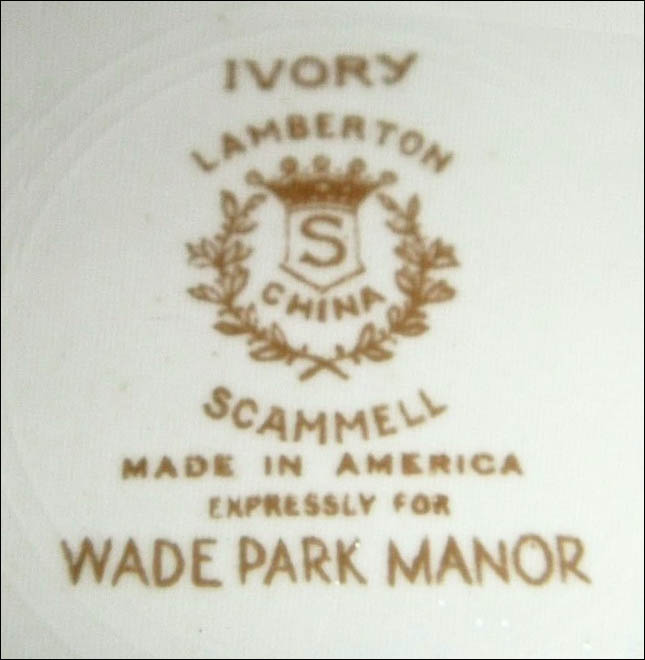 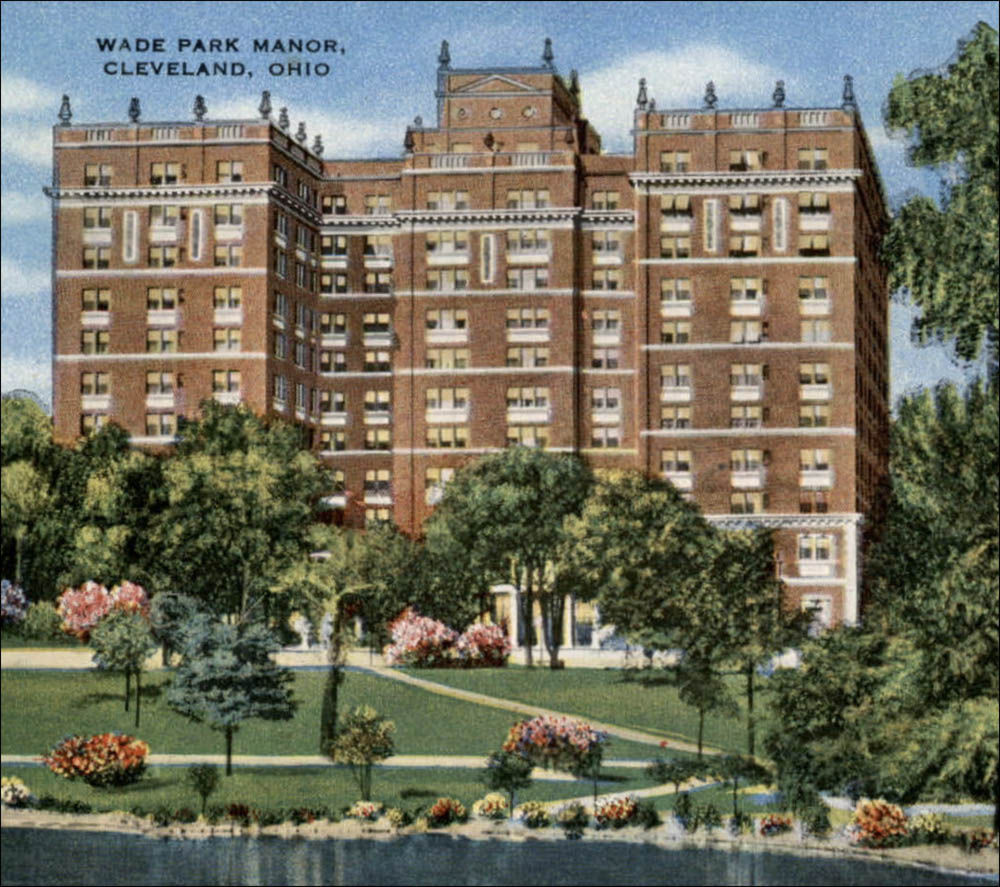 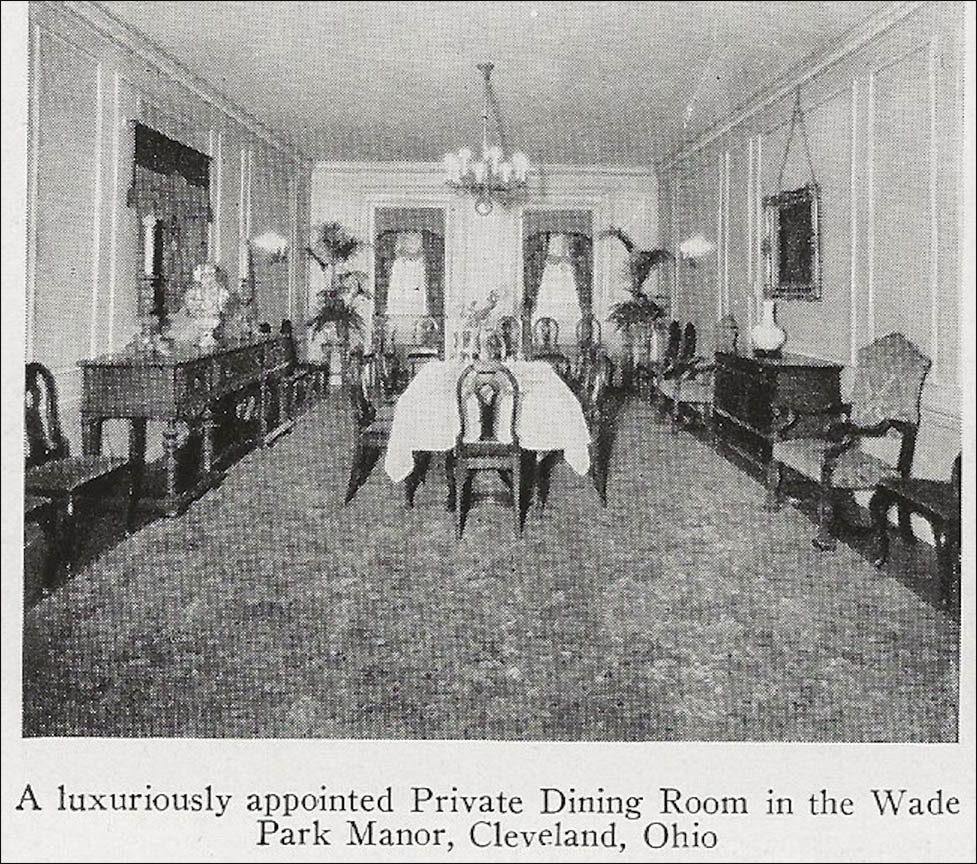 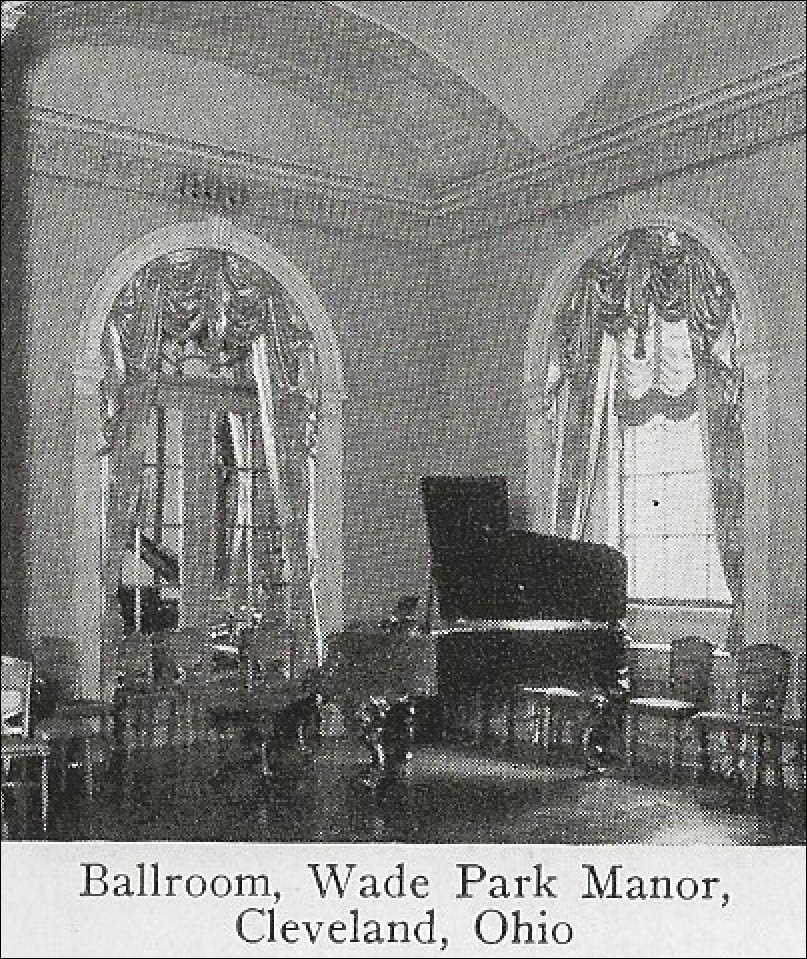 Scammell produced Lamberton China for Wade Park Manor that is decorated with a decal band of stylized purple flowers on a green background. The border band is flanked by coin gold lines and there is a coin gold diamond and dot line below the border. The early orders for this pattern were made on white Lamberton base. After Ivory base was introduced in 1928, reorders were on Ivory Lamberton.