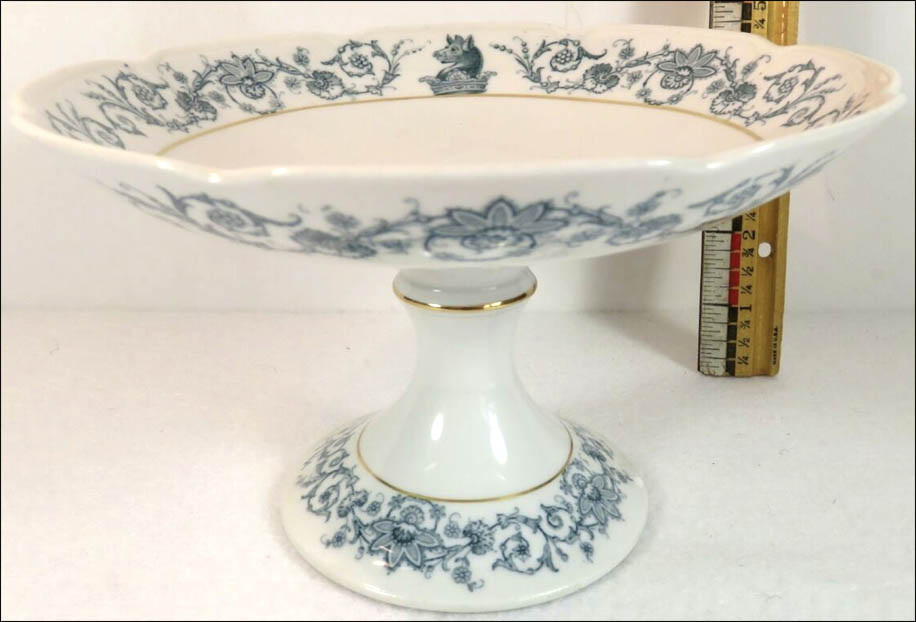 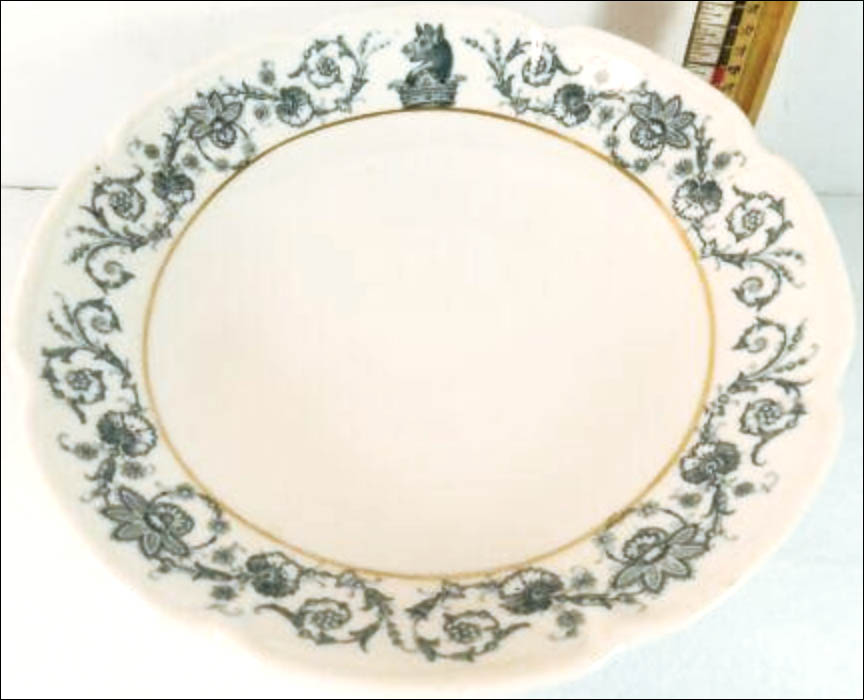 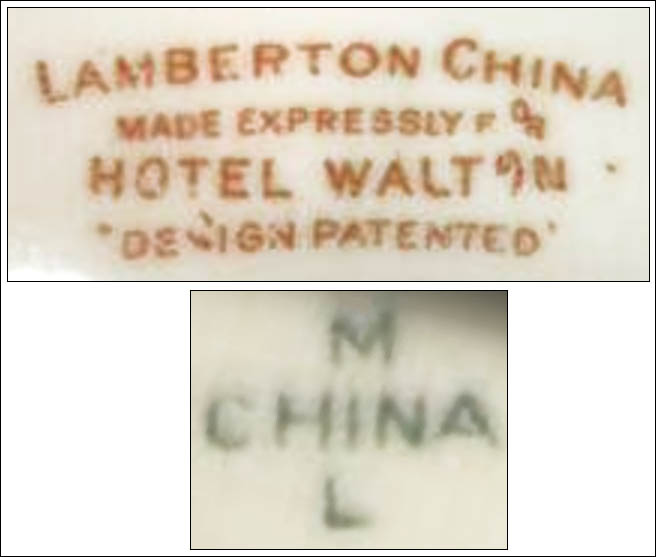 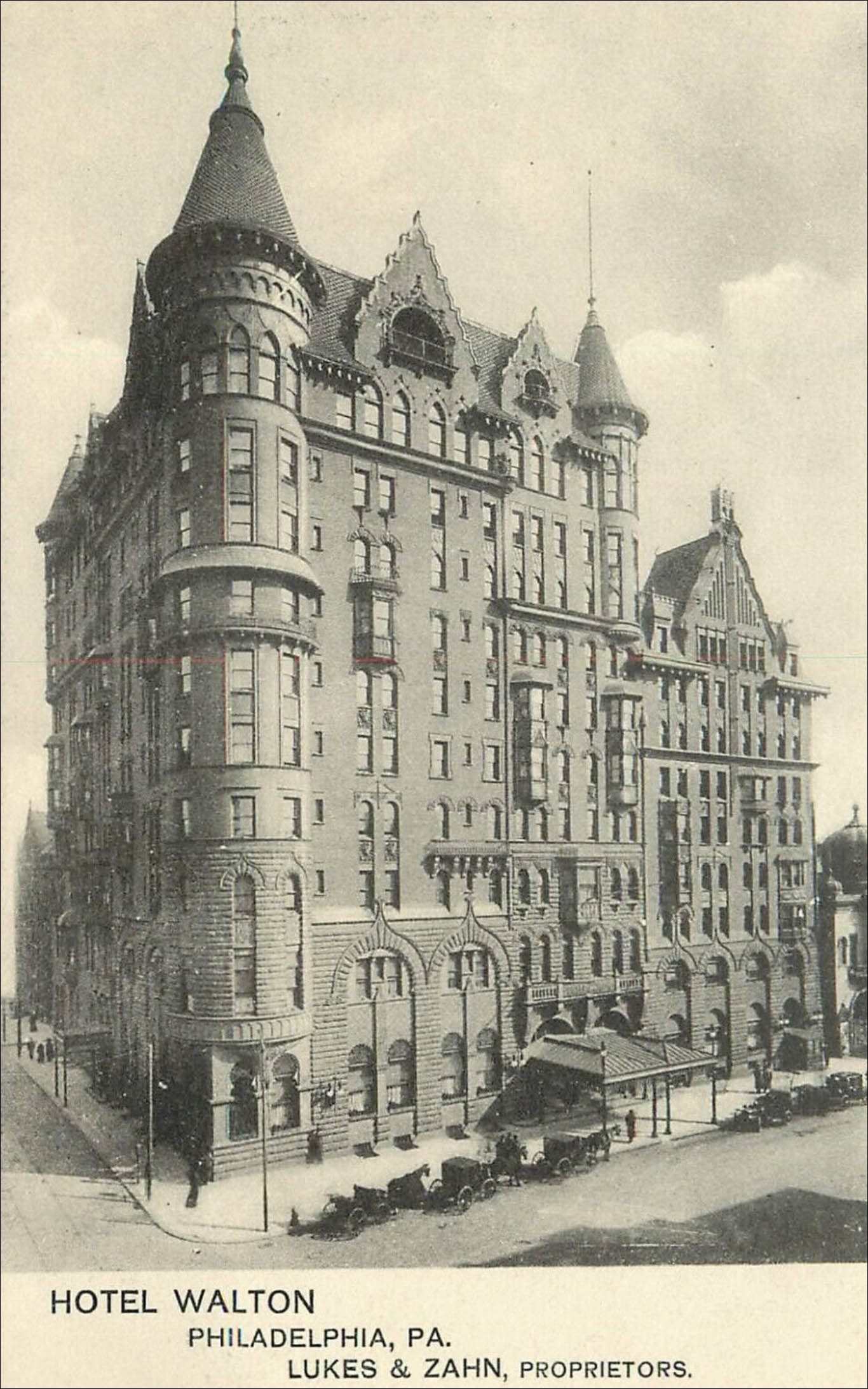 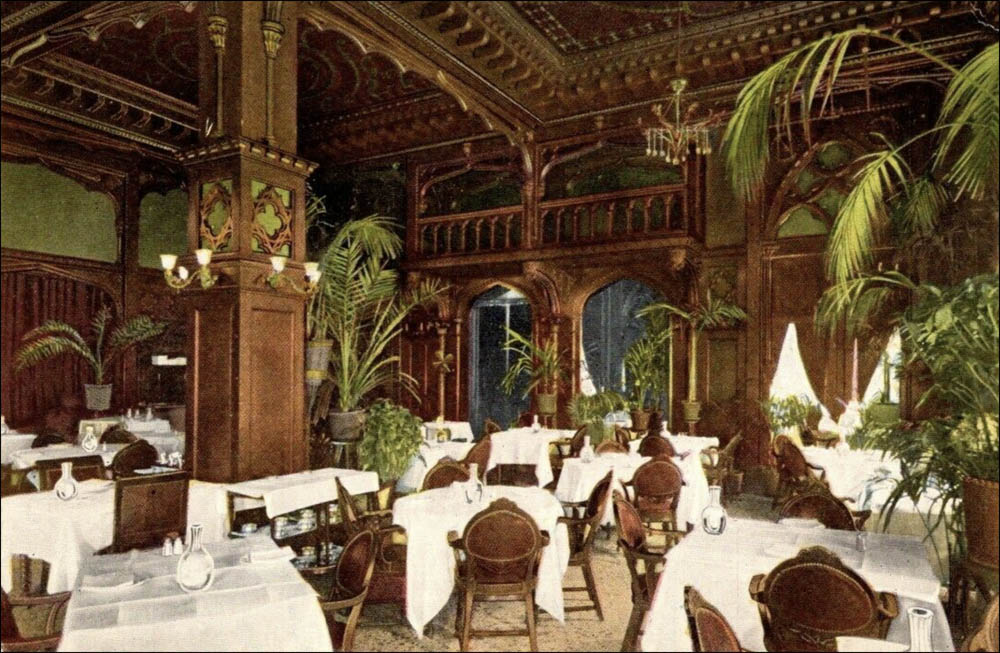 The Palm Room at the Hotel Walton 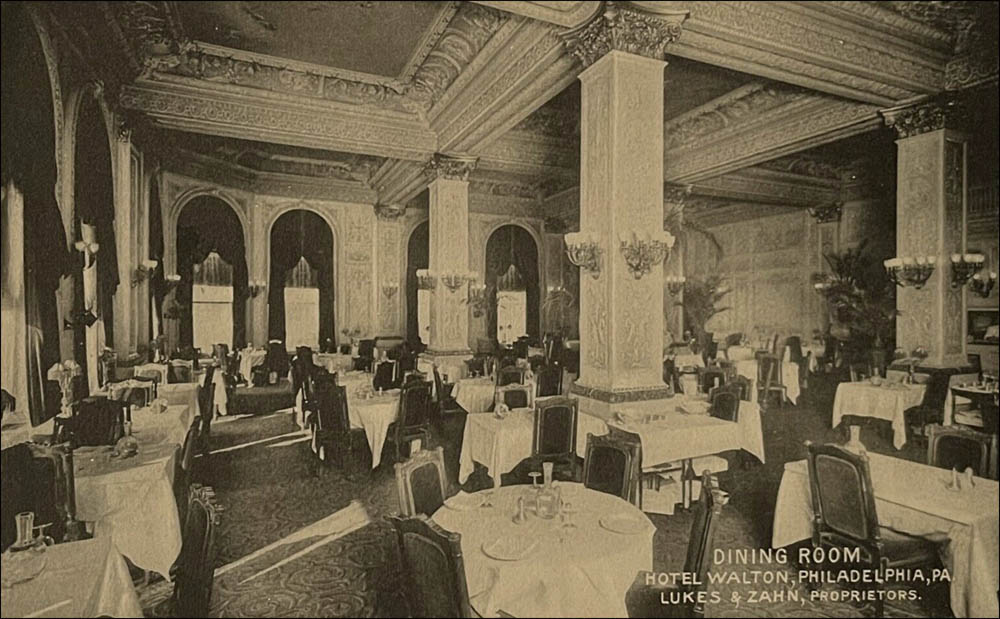 Dining Room at the Hotel Walton 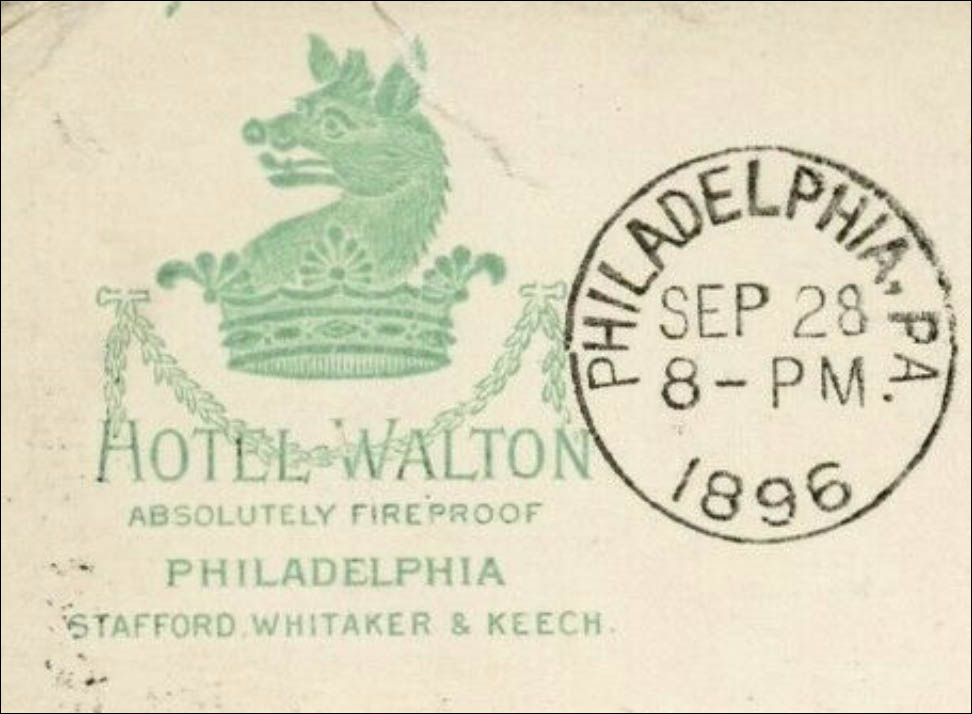 Maddock made Lamberton China crested with a boar's head emerging from a crown. The flanking transfer border was designed by Charles A. May and patented in 1905 (Des. 37,321).