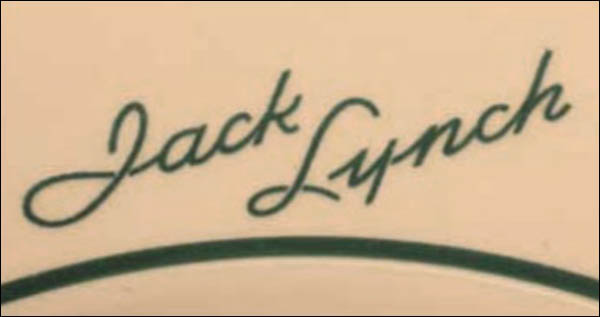 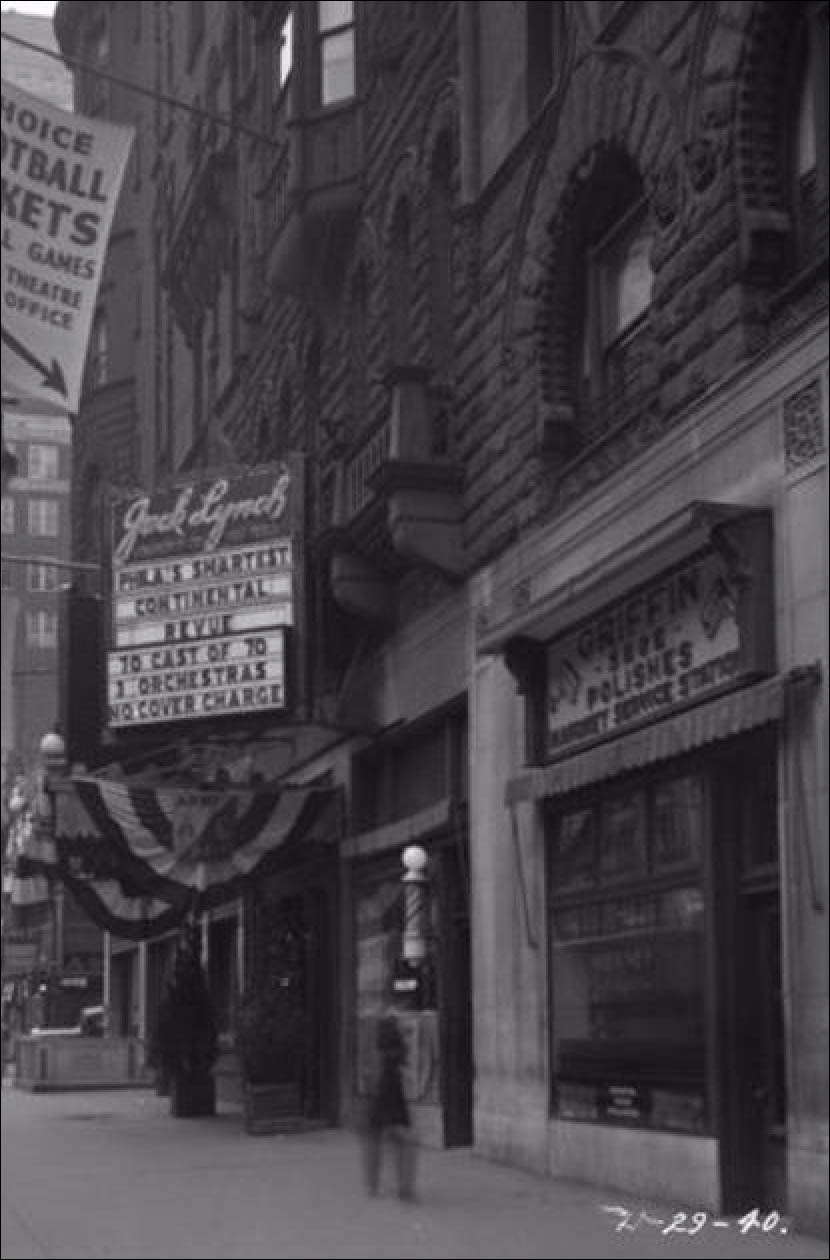 1940 Steet Entrance to Jack Lynch's Revue at the Hotel Walton 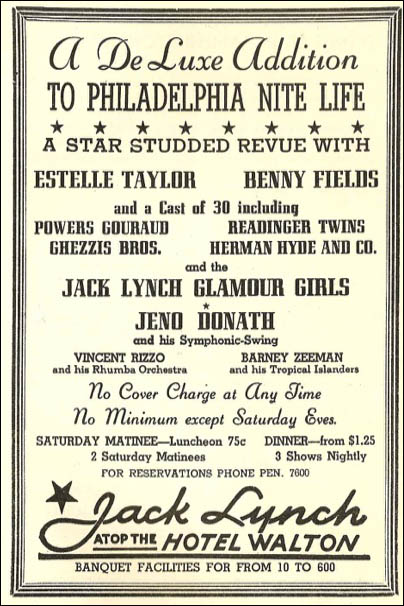 1938 Advertisement for the Jack Lynch revue at the Hotel Walton 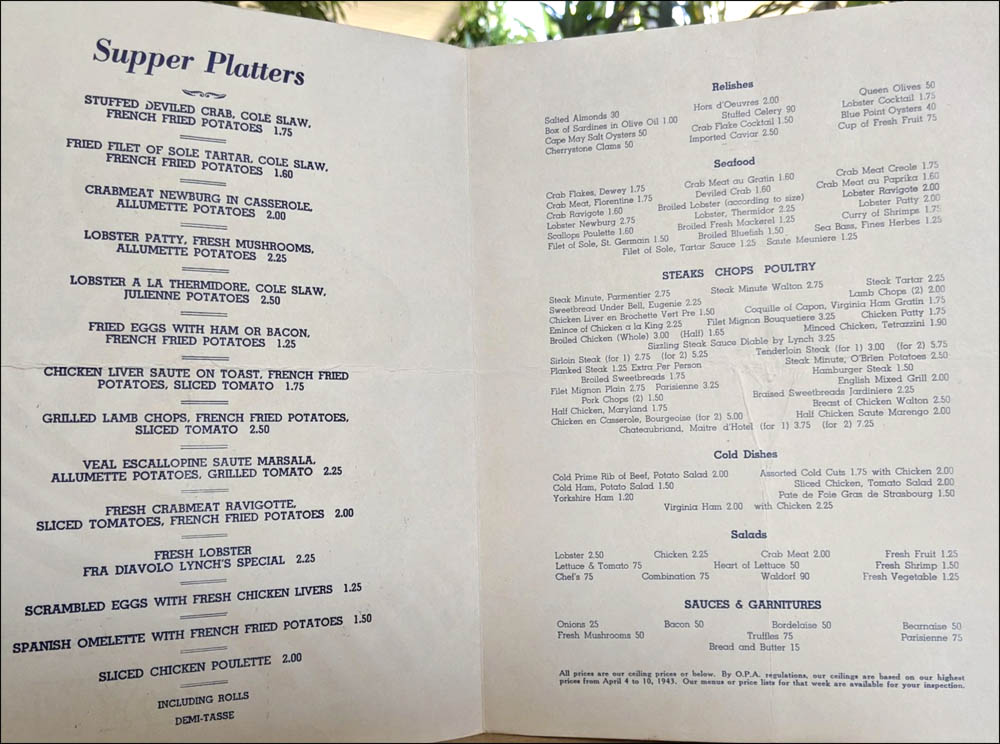 1943 Menu from the Hotel Walton 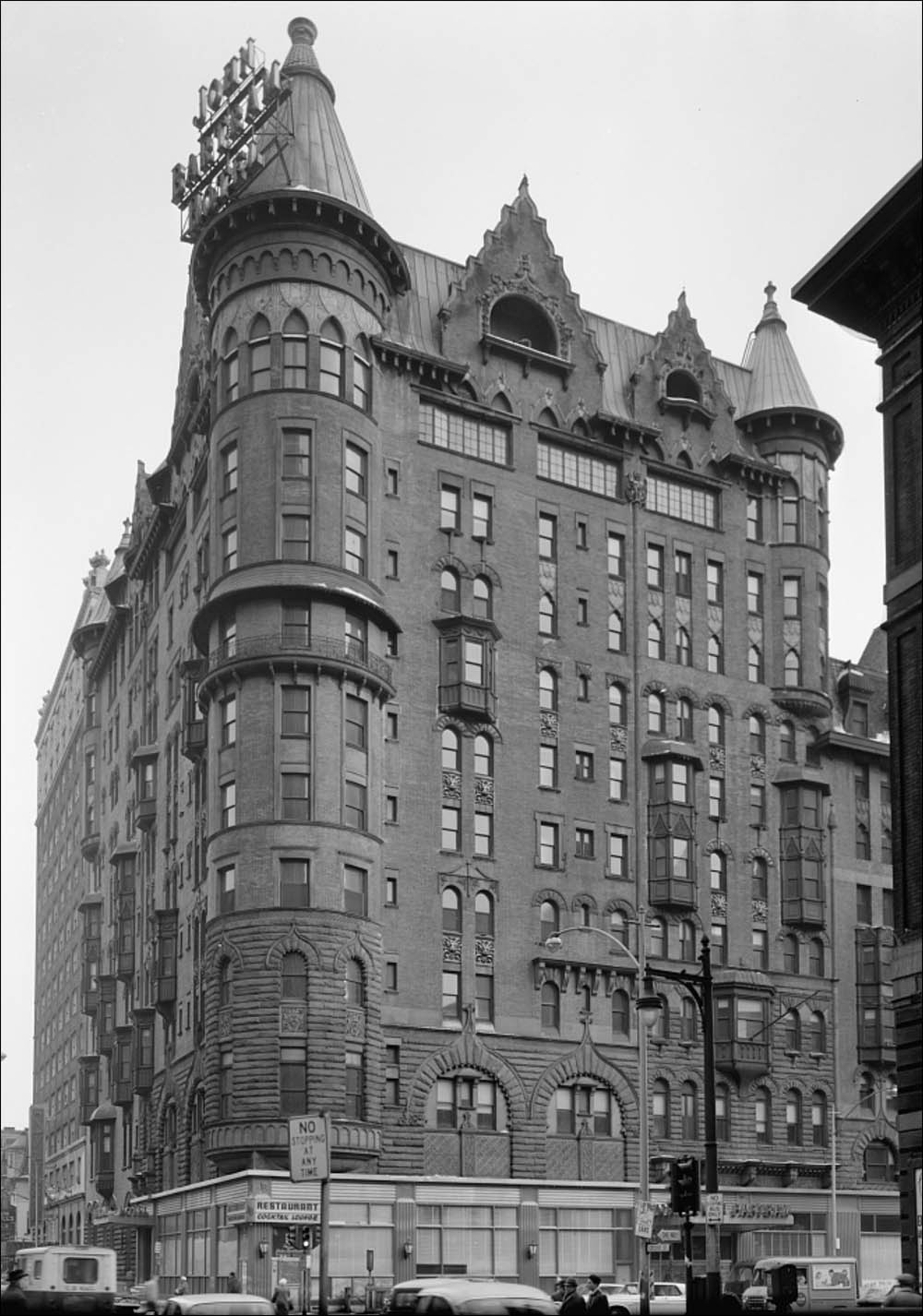 Around 1938, Jack Lynch, a Philadelphia night club host, moved from the Adelphia Hotel into new quarters atop the Walton Hotel.  Renovations to the former American plan dining room included  three sets of new six-section windows below the mansard roof. A street-level entrance with marque replaced the former ladies entrance to the Walton. The 1938-night club season opened in September with a show that headlined Sophie Tucker. Supper platters and a la carte meal choices were served.

Scammell made a china service on Lenape base that is crested "Jack Lynch" in green script lettering.  A green line is at the verge.