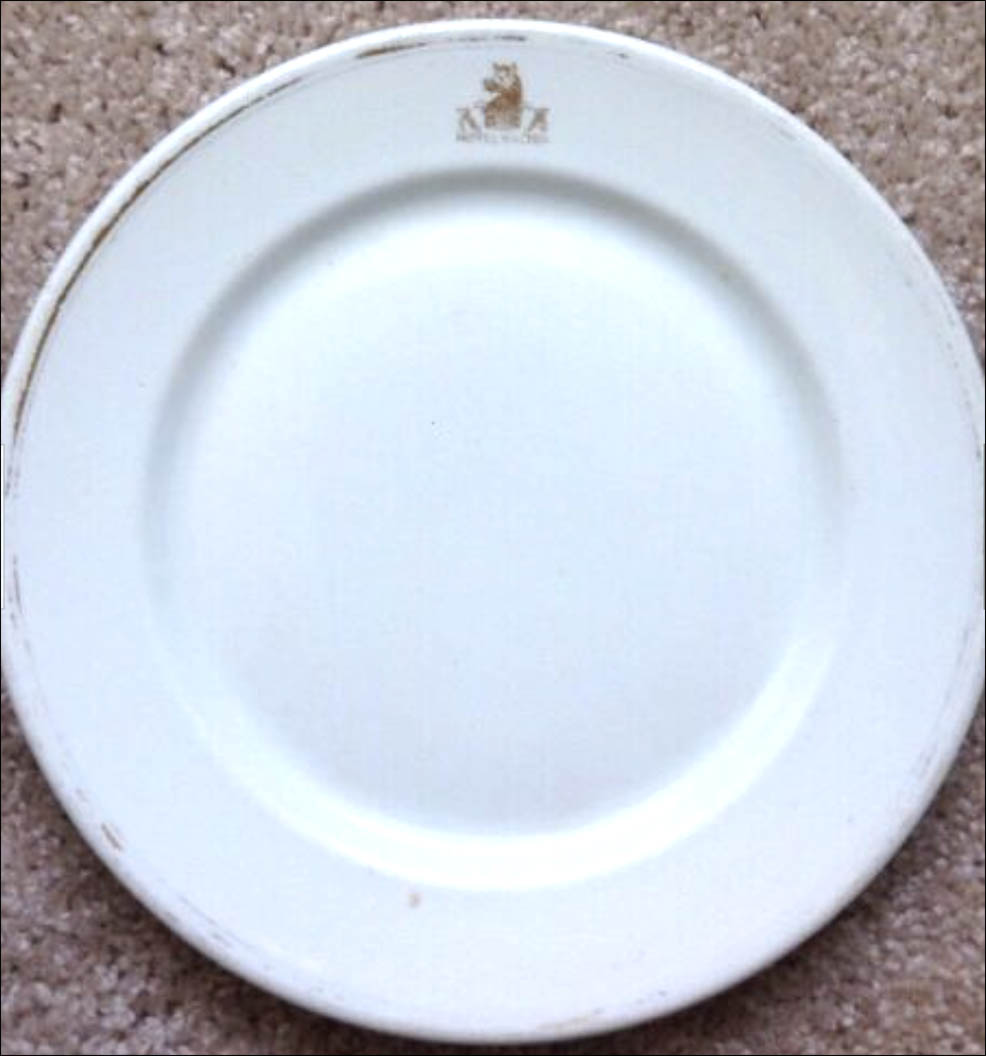 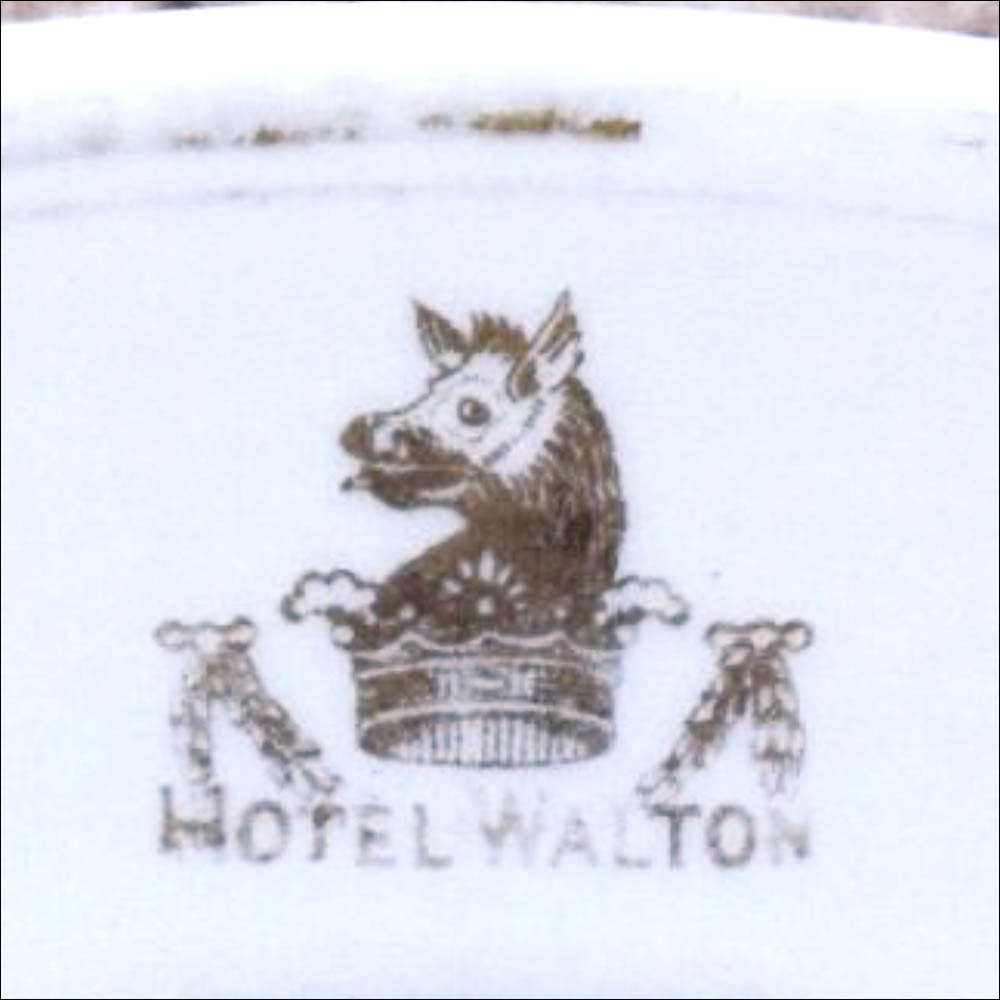 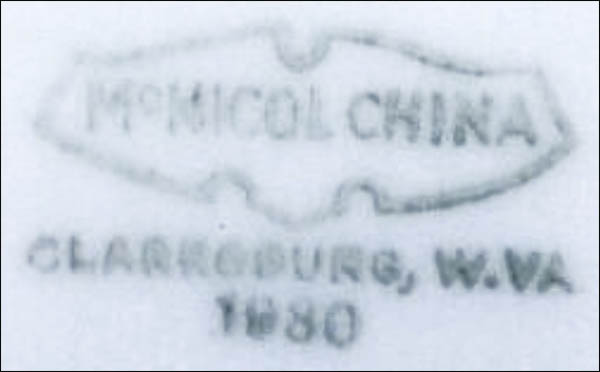 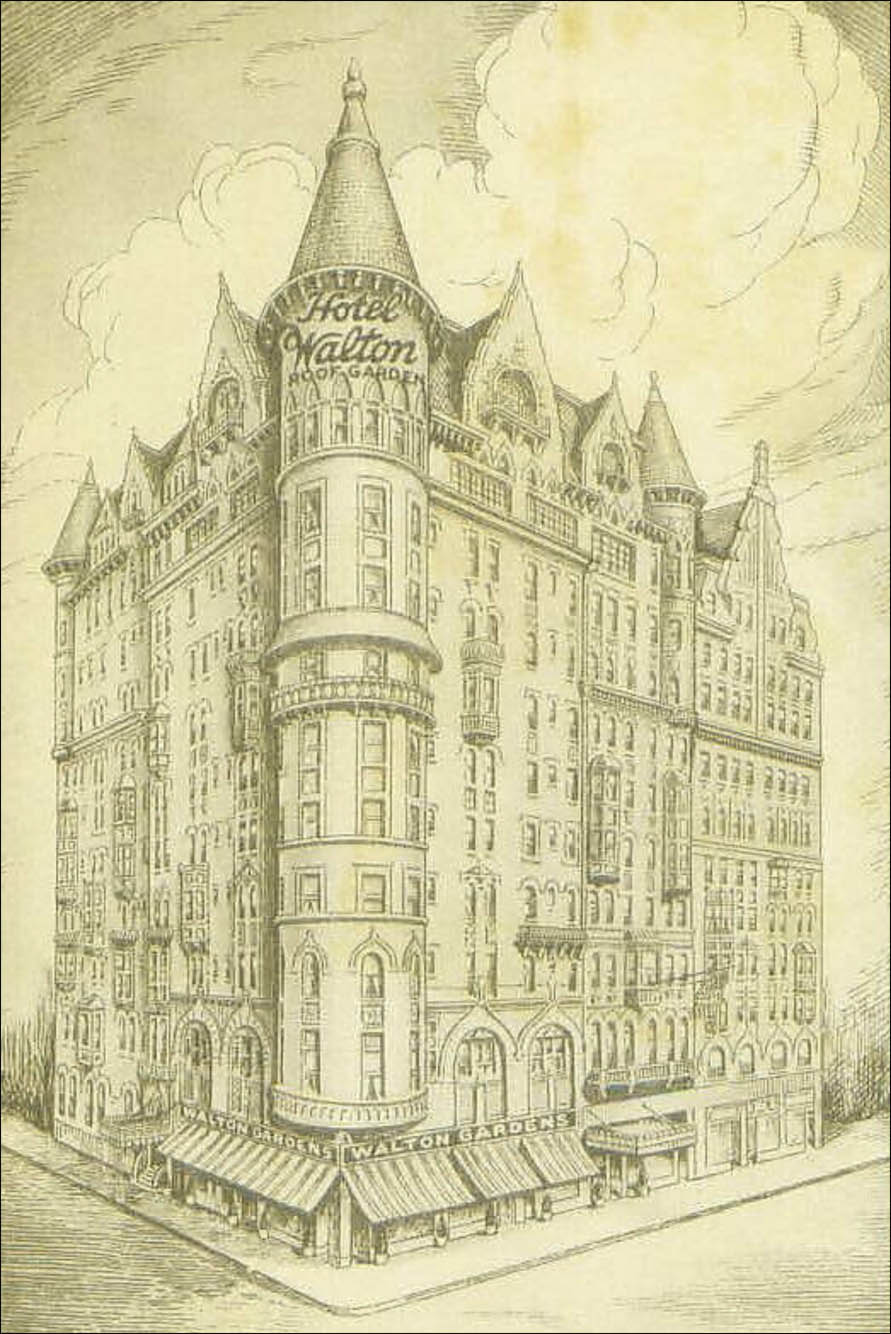 McNicol made a china service crested in coin gold with the Boar's head and crown logo and "Hotel Walton." Coin gold rim lines are the only other decoration on this service.