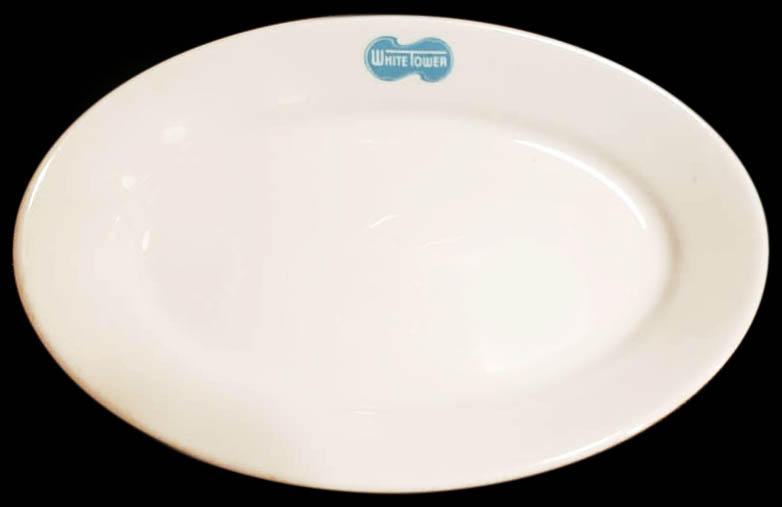 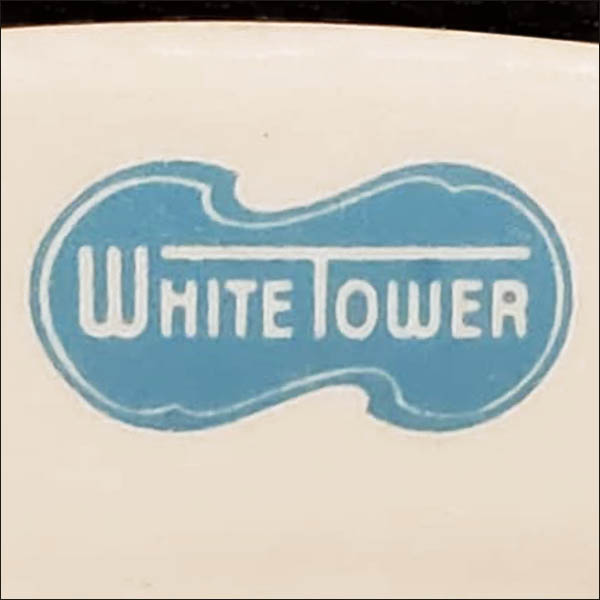 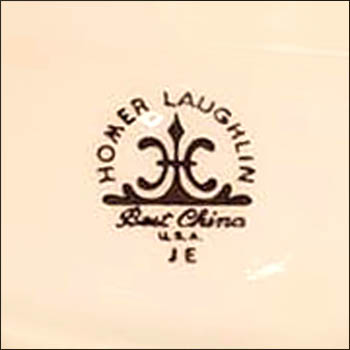 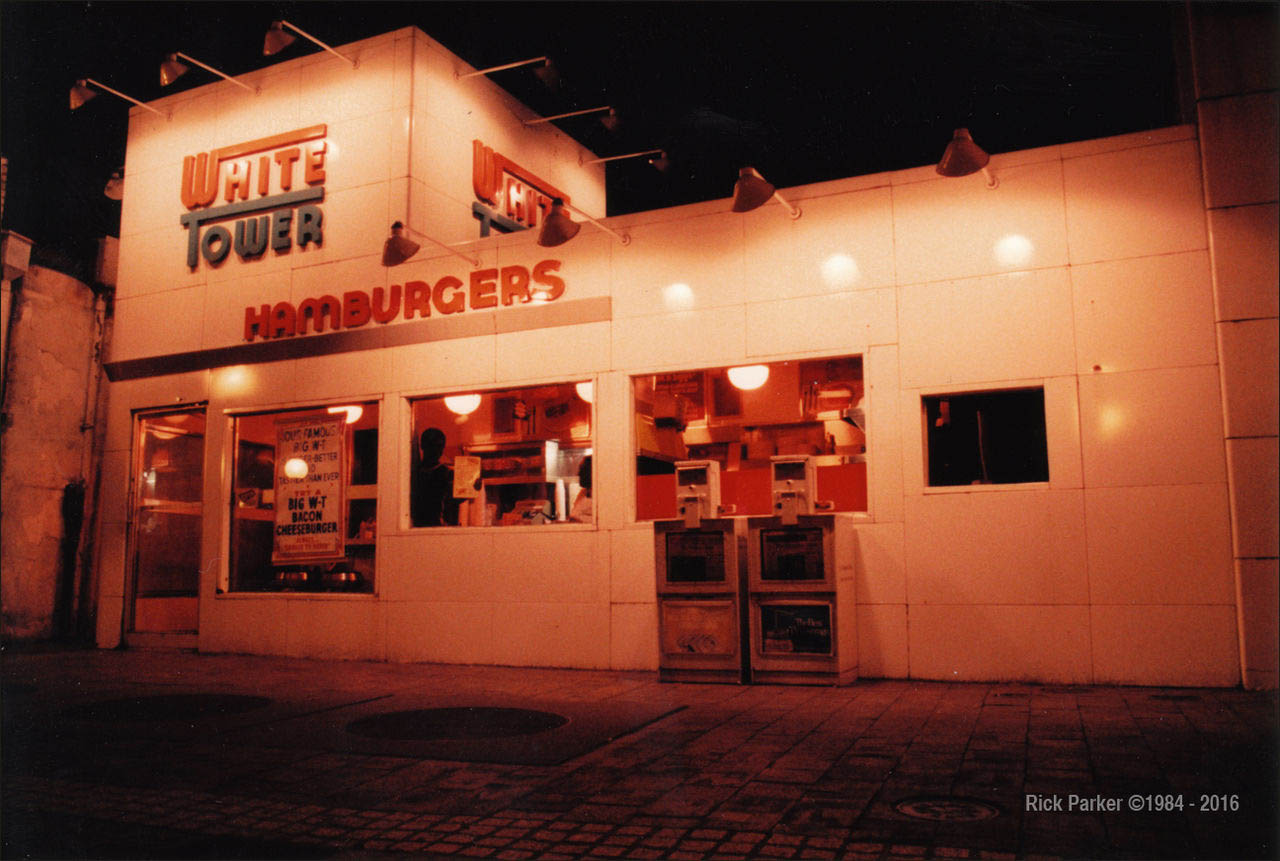 Notes: From Wikipedia, "White Tower Hamburgers was a fast food restaurant chain that was founded in 1926 in Milwaukee, Wisconsin. With its similar white fortress-like buildings and menu it is considered to be an imitator of White Castle chain that was founded in 1921. The chain was successful and expanded to other cities, including Chicago, Indianapolis, Cleveland, Dayton, Detroit, Philadelphia, Pittsburgh, New York City, Albany, Boston, Richmond, Virginia, and as far south as Sarasota, Florida. During the Great Depression, White Tower sold hamburgers for five cents. The whiteness of the restaurant was meant among other things to evoke the notion of hygienic conditions, and the chain had staff dressed as nurses, dubbed the "Towerettes," to help make this argument.

"At its peak in the 1950s there were 230 White Tower locations. The chain began a slow decline. The last location, in Toledo, Ohio, is still open and operational."

White body platter with the restaurant's logo at the top center of the platter's border. The logo consists of a light blue stylized cloud shape containing the words "White Tower" in a distinctive plain font.