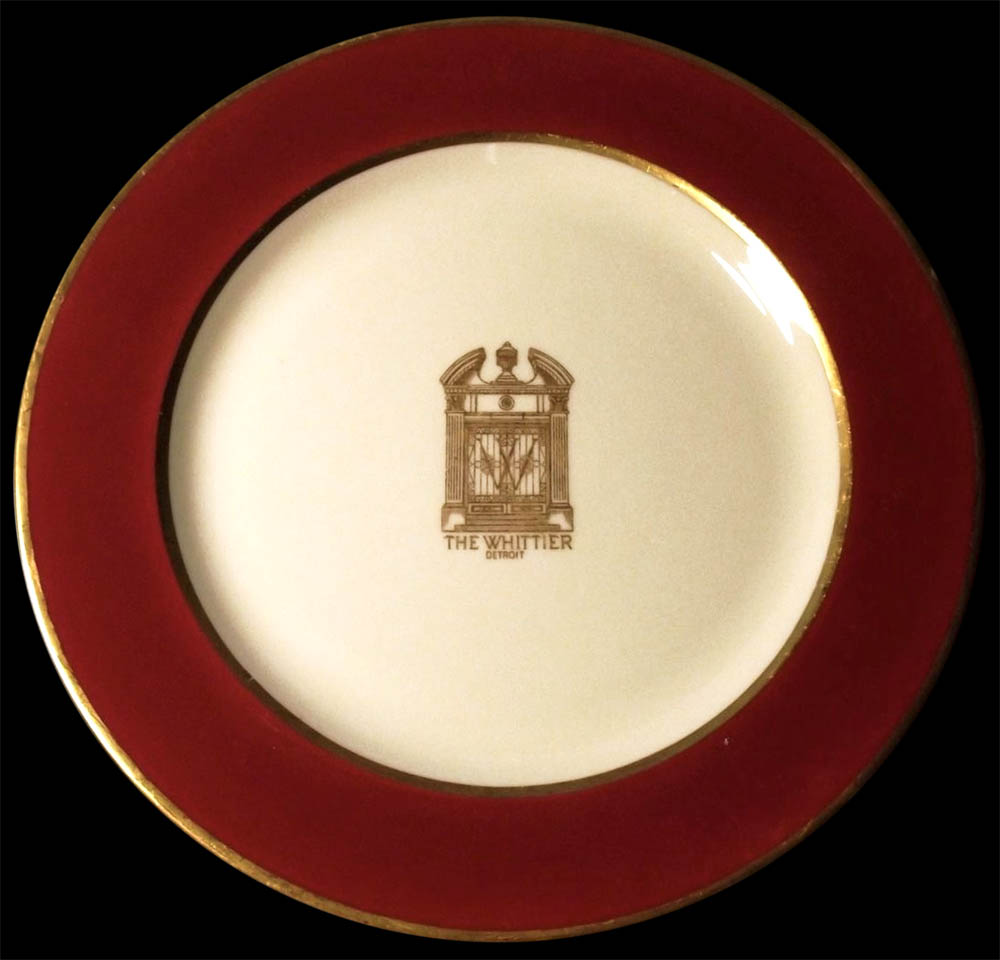 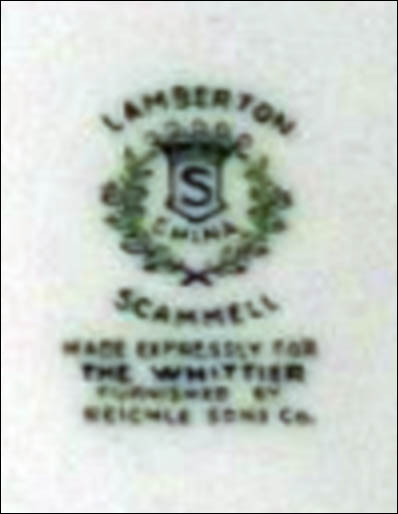 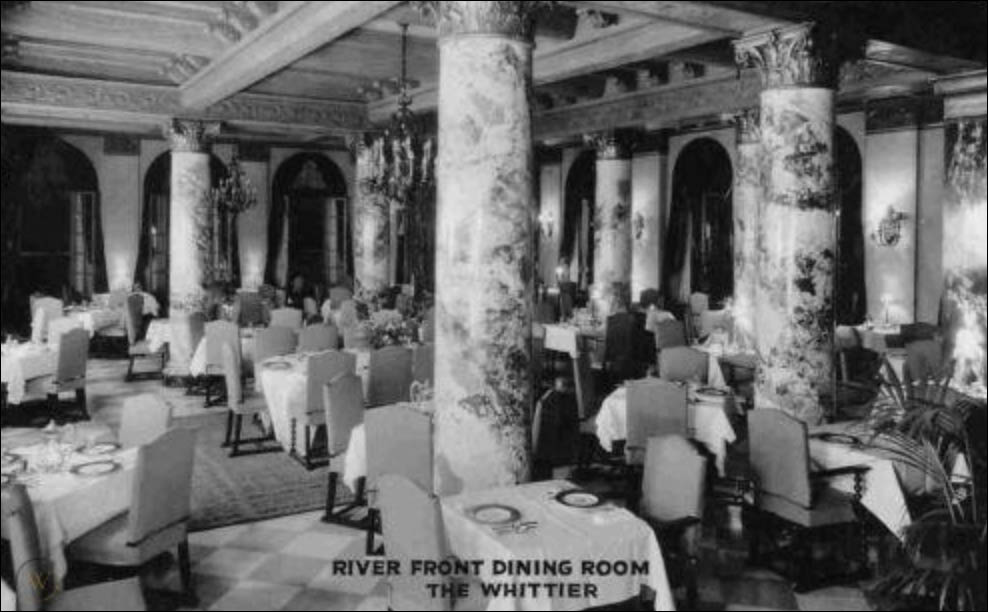 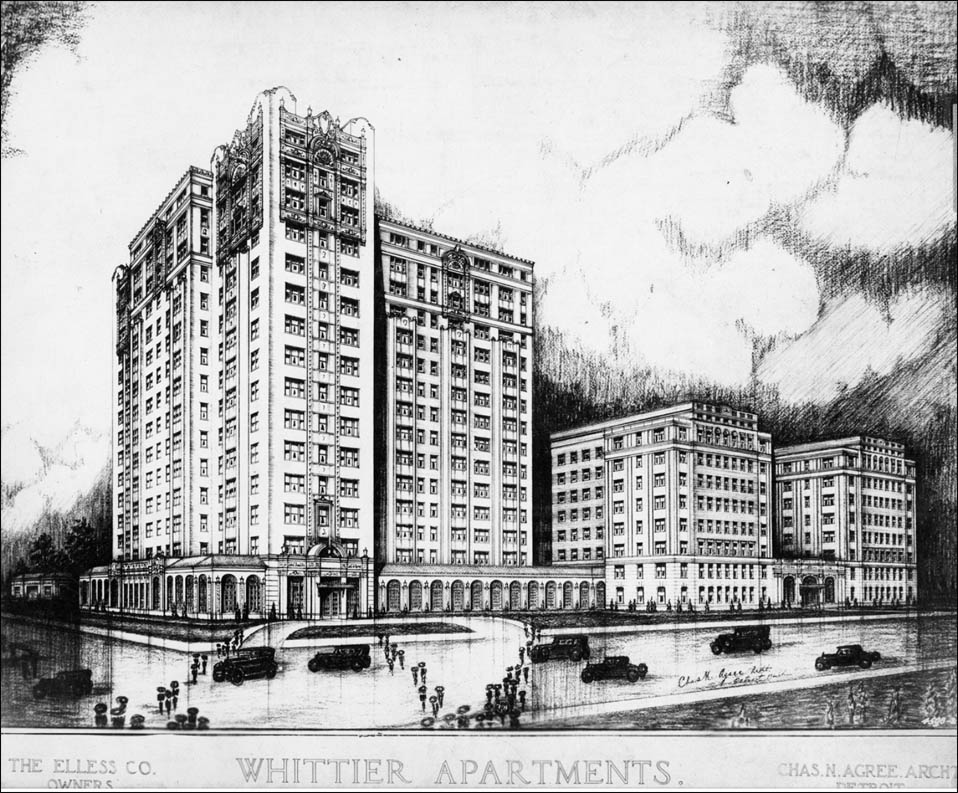 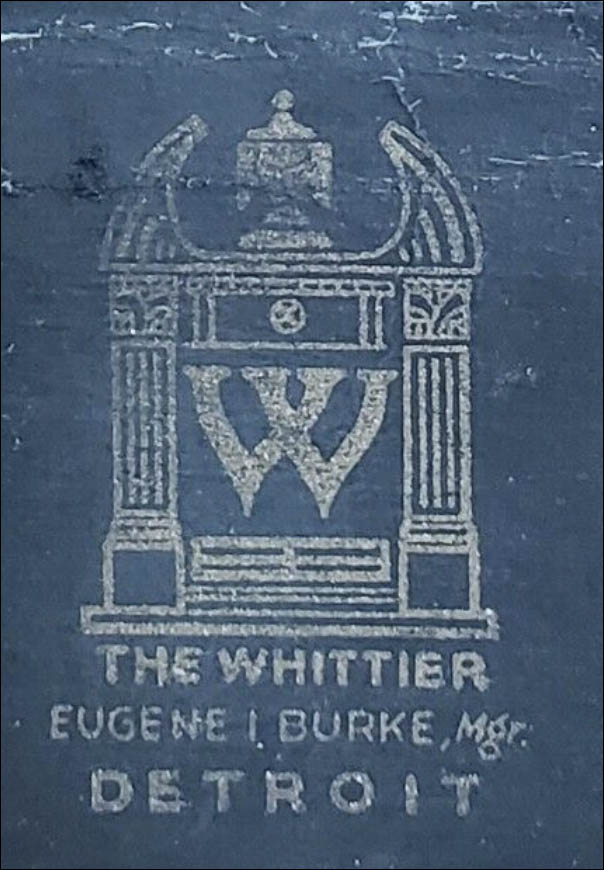 Scammell made Lamberton China service plates that are crested in coin gold with an ornate frame around an outlined "W." The frame is a stylized version of the entrance doors to the Whittier.  The solid maroon border is flanked by coin gold lines at the rim and verge. Reichle Sons Co., of Detroit, supplied these plates which were used in the River Front dining room.