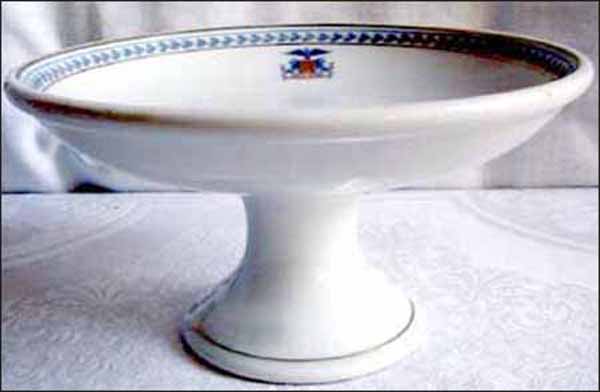 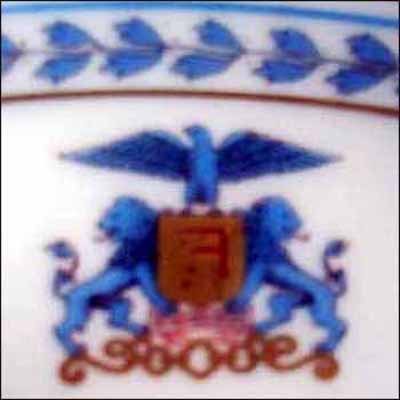 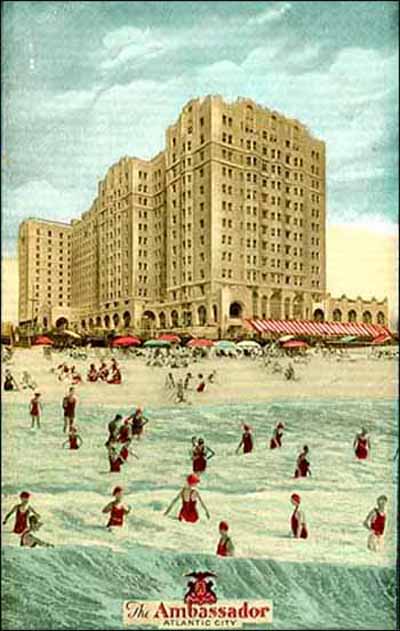 Notes: The Ambassador was built in 1919 and was the largest on the Boardwalk in Atlantic City, N.J. The hotel was demolished by the Ramada Inns and later replaced with the Tropicana Casino Resort in 1981. It was a Kirkeby Hotel at one point.

For a different hotel with a similar name:
Ambassador Hotels by Syracuse China