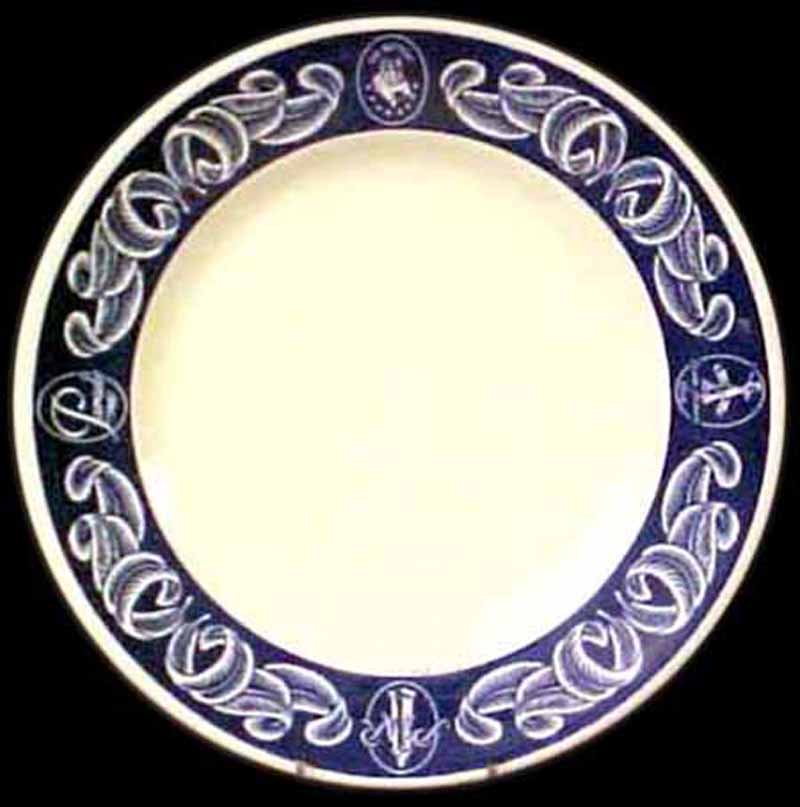 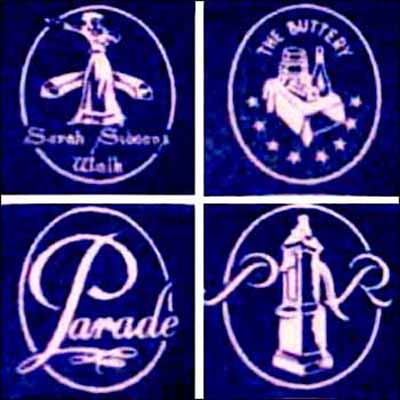 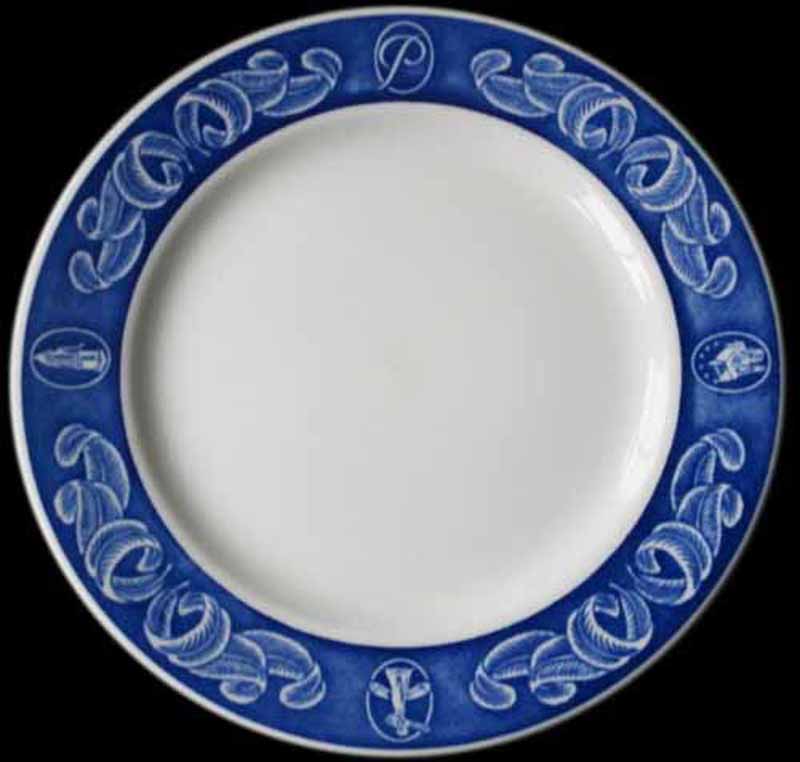 A Syracuse China plate from 1972 shows slight variations in the pattern.

A Syracuse China plate from 1972 shows slight variations in the pattern. 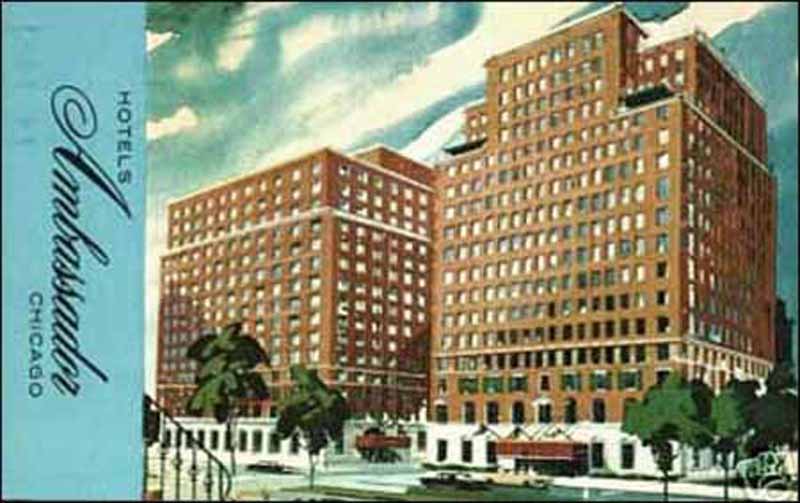 Notes: Built in 1926 as the Ambassador East and Ambassador West, the Hotels Ambassador were the finest residential and apartment hotels in Chicago, with deluxe accommodations for transient guests. Located in Chicago's historic Gold Coast area, the Ambassador Hotels were home to the world-famous Pump Room, the Buttery, the Parade, the Assembly, the Bath, the Sarah Siddons Walk and the Beau Nash Club.

In 1953-54, the hotels were advertised as the 800-room Ambassador Hotels, located at North Gate Parkway, Chicago, Ill.

The 13-story Ambassador West Hotel since has been converted to upscale residential condominiums, while the Ambassador East Hotel and its fading Pump Room were purchased in April 2010 by hotelier Ian Schrager. The Pump Room served its last meal at the end of 2010, as Schrager undertook a $25 million renovation to update the Chicago Gold Coast landmark. The renovations for the hotel are scheduled to be complete by the end of 2011, though it is unclear whether Schrager will keep the legendary Pump Room name or change the venue.

White body with a wide dark blue rim border with large white feather plumes and four medallion topmarks for the Pump Room, The Buttery, the Parade and the Sarah Siddons Walk.

For a different hotel with a similar name:
Ambassador Hotel by Bauscher Brothers