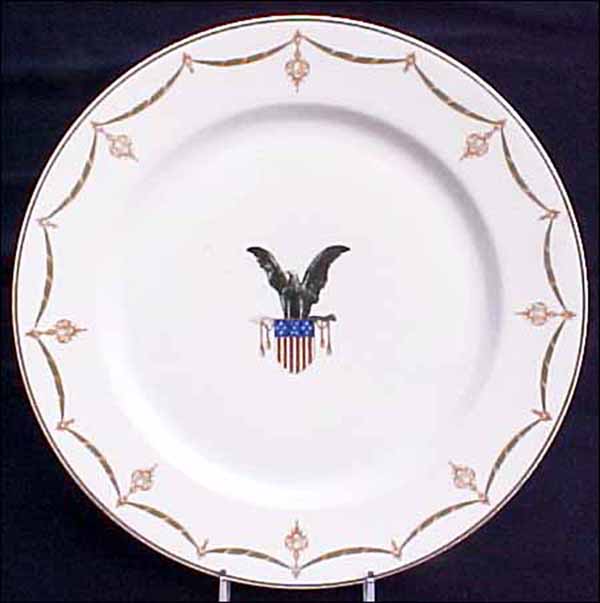 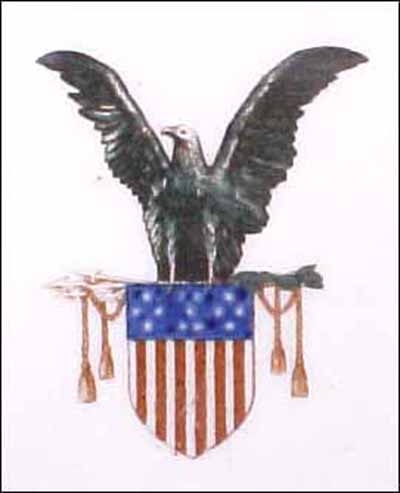 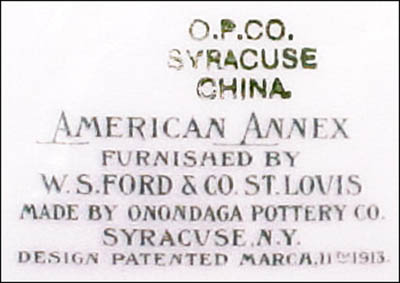 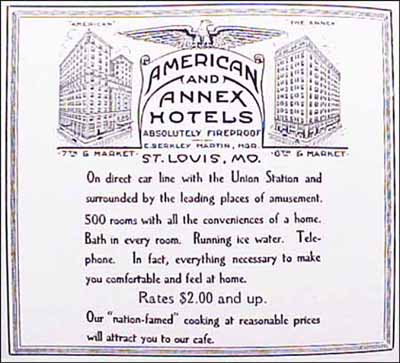 The service plate has a center topmark of a gray and white eagle on a red, white and blue banner with gold tassels on white body. Adolphus pattern border consisting of swags and opal-like pendants in shades of green, brown and yellow. Syracuse China obtained a patent for this border design on March 11, 1913. It was not a controlled pattern and thus was available to anyone to use or customize, such as this American Hotel Annex plate. Additional green stripe added around the rim.