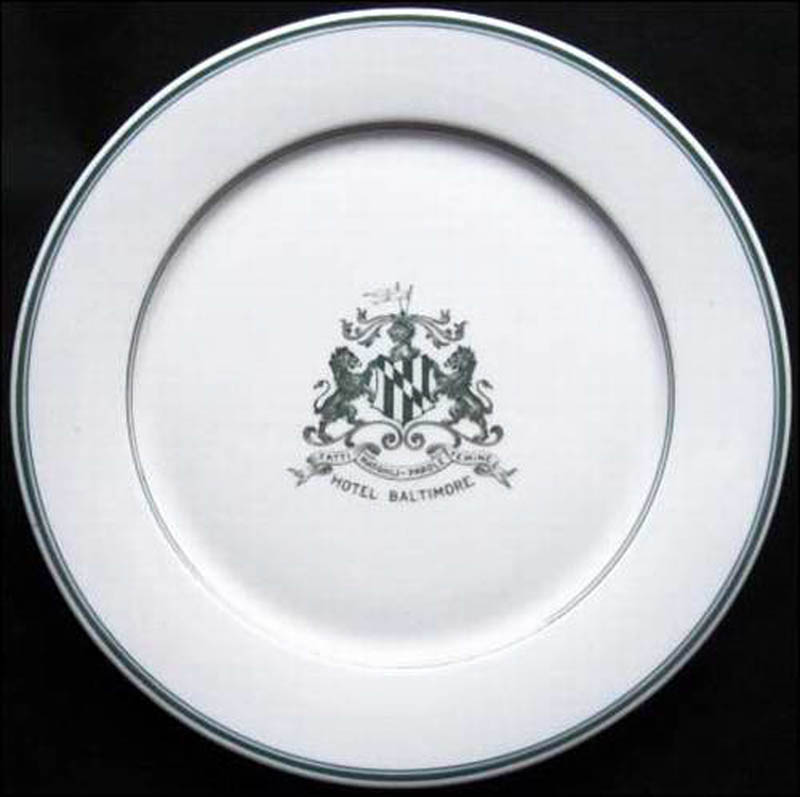 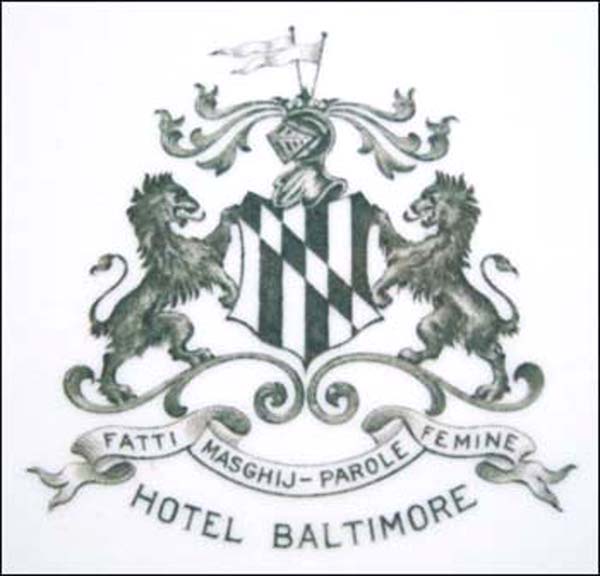 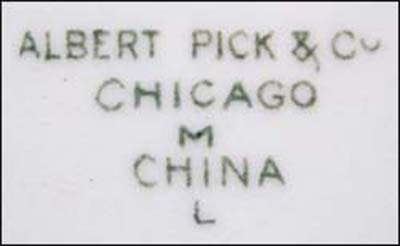 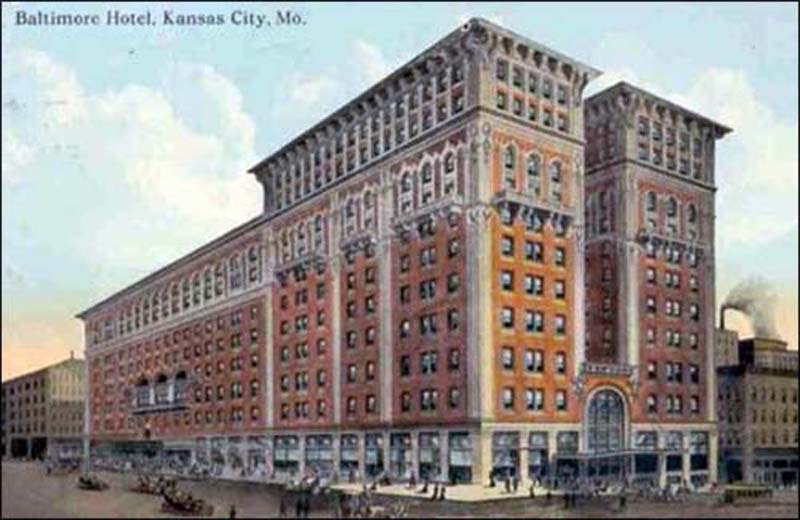 Notes: The Baltimore Hotel was located between 11th and 12th Streets and Baltimore Avenue in Kansas City, Mo. Originally designed by Louis Curtis and built by Bernard Corrigan, The Baltimore opened in the Spring of 1899 as a small six-story, 160-room hotel and grew (with several renovations and additions) to a large hostelry with 500-rooms.

To see what the extravagant hotel looked like in 1909, with its many public rooms, go to this site: http://www.vintagekansascity.com/hotelbaltimore

In Hotel Red Books (HRB) from 1922 to 1927, the Hotel Baltimore and The Muehlebach Hotel (which opened May 1915) are advertised together. The 1929 HRB lists The Baltimore as owned by the Allis Hotel Co.

White Lamberton China body 10" plate, decorated in gray-green with one band and a line on the rim and two lines on the verge. Two rampant lions holding a three-part shield with a helmet atop with flags. Below is a banner with FATTI MASGHIJ – PAROLE FEMINE (Strong deeds, gentle words) and below that Hotel Baltimore.