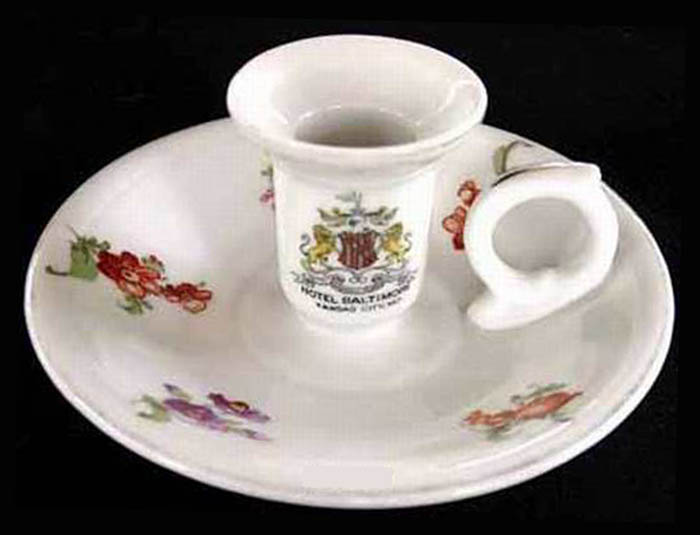 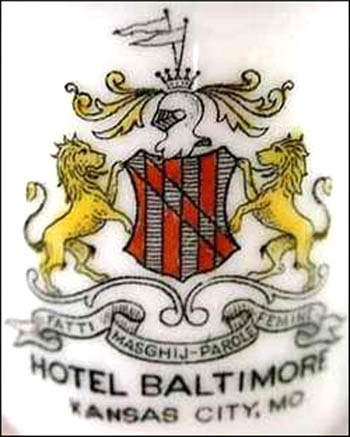 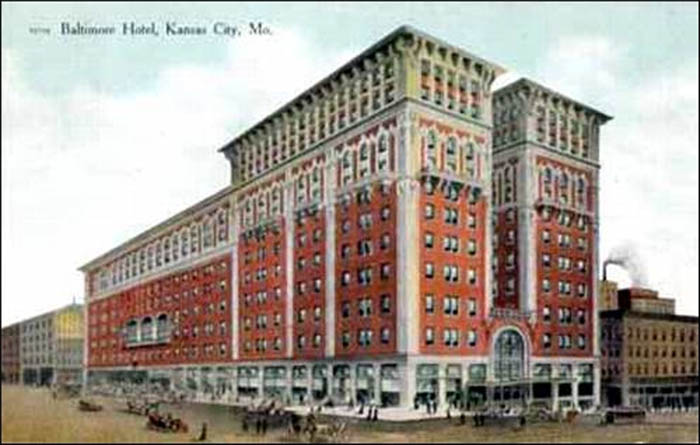 Notes: The Baltimore Hotel was located between 11th and 12th streets and Baltimore Avenue in Kansas City, Mo.,. It was designed by Louis Curtis and built by Bernard Corrigan.

White body chamber stick used in the Pompeian Room of the Hotel Baltimore. Topmarked with the hotel logo featuring two rampant lions holding a three-part shield with a helmet atop with flags, all in yellow, black and red. Below is a banner with FATTI MASGHIJ – PAROLE FEMINE (Strong deeds, gentle words) and below that Hotel Baltimore, Kansas City, MO.