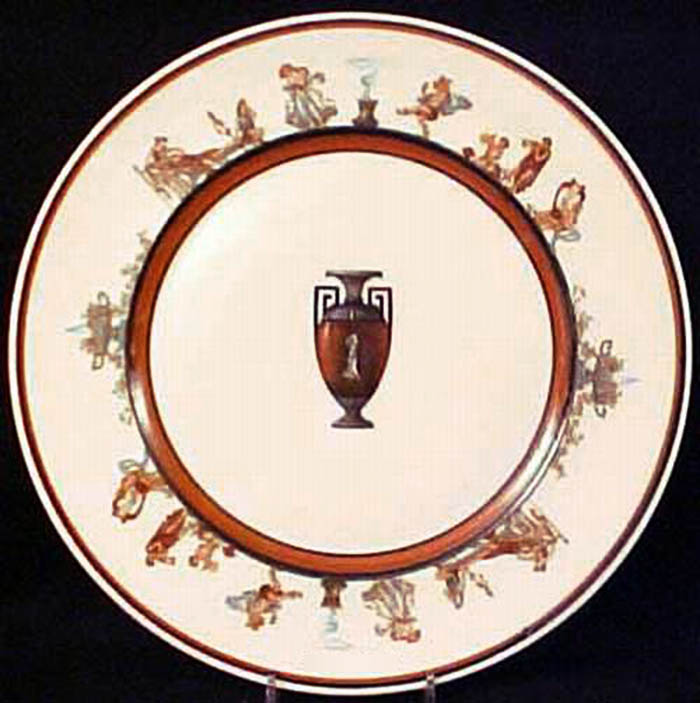 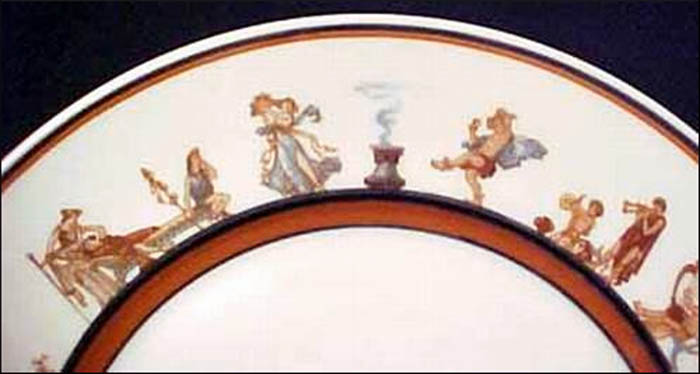 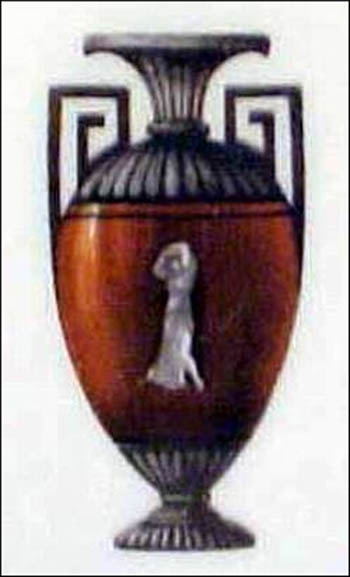 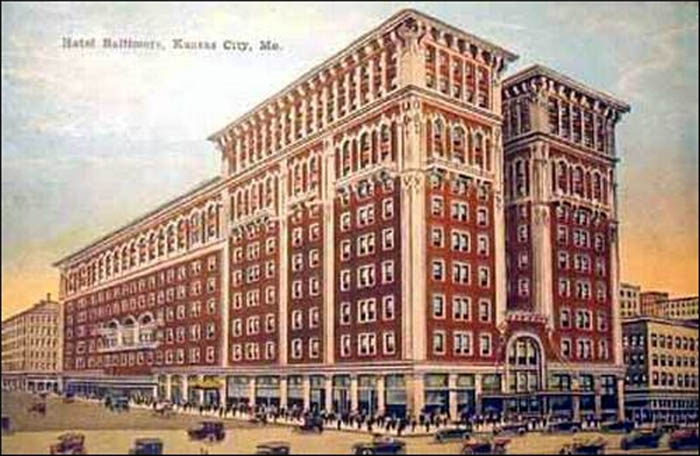 Notes: The Baltimore Hotel was located between 11th and 12th streets and Baltimore Avenue in Kansas City, Mo. It was designed by Louis Curtis and built by Bernard Corrigan.

White body service plate used in the Hotel Baltimore's Pompeian Room. Among the elements on the plate are a central vase or urn with a woman in the center and a Greek key element on the urn handles that relates to the known Greek key border pattern on corresponding ware. In addition, classical figures are shown on the border, with black and red stripes, lines and bands on the outside and inside.